Back on dad duty! Ben Affleck was spotted with his youngest child in Los Angeles less than a week after his trip to Montana with ex J.Lo.

Ben Affleck, 48, is getting back into the swing of things after his seemingly romantic getaway with ex Jennifer Lopez, 51, to Big Sky, Montana. The Oscar winner as spotted picking up his adorable son Samuel, 9 — whom he shares with ex-wife Jennifer Garner, 49 — from his swimming lessons on Friday, May 14. Ben stayed casual in a plaid button down shirt and jeans as he held onto a black bag. Meanwhile, Samuel looked so cute in his blue wet suit and Adidas slides. At one point, doting dad Ben leaned down to kiss him on the head. 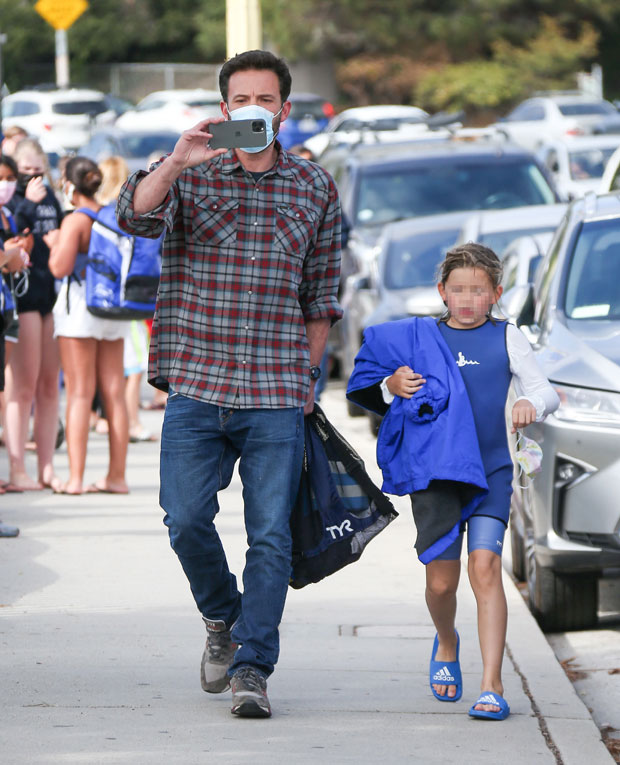 The outing comes six days after the Boston native returned to Los Angeles following the surprising trip with J.Lo. The two were spotted in an SUV driving around Big Sky, marking their first time photographed together in 17 years (the formerly engaged couple split in Jan. 2004). Ben and J.Lo were able to spend “time together” to “catch up” on the vacation, an insider spilled to HollywoodLife EXCLUSIVELY. “Perfect timing made Ben and Jen start this relationship,” an insider explained further. 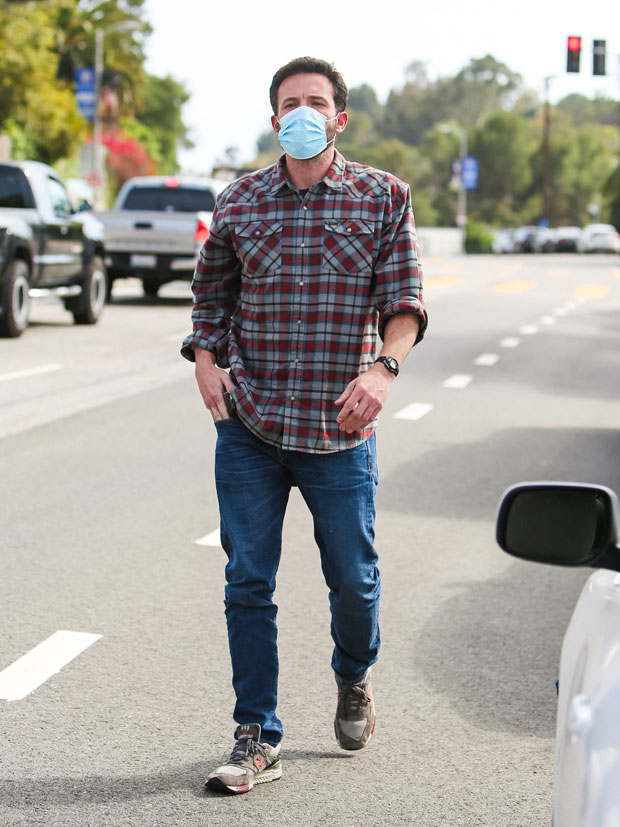 Ben Affleck wore a plaid shirt and jeans for the outing. (Shutterstock)

“And since they are so familiar, things are going fast-paced, and they are loving it. Ben is very romantic and wears his heart on his sleeve, and they both have that East Coast mentality,” says the insider, while another noted that Ben even cooked for his ex-fiancée on the trip. “Ben’s really happy to have this second chance with J.Lo, and his friends are happy for him. A lot of people in his circle would love to see them go the distance this time. People are rooting for them,” a third source tells us.

Ahead of the trip, there were hints that Bennifer’s second chapter was brewing: Ben was photographed exiting a white SUV belonging to the “Jenny From The Block” singer in late April. Reports began swirling that the pair had been regularly “hanging out” at J.Lo’s Bel-Air area home, where Ben would get picked up at the nearby Hotel Bel-Air then driven to her private property (she recently dined with ex-fiancée Alex Rodriguez, 45, at the same hotel). The duo were also both in attendance for the VAX Live concert, filmed on May 2. For the show, Jen curiously performed the song “I’m Glad” from album This Is Me…Then, which is known to be about her past romance with Ben. 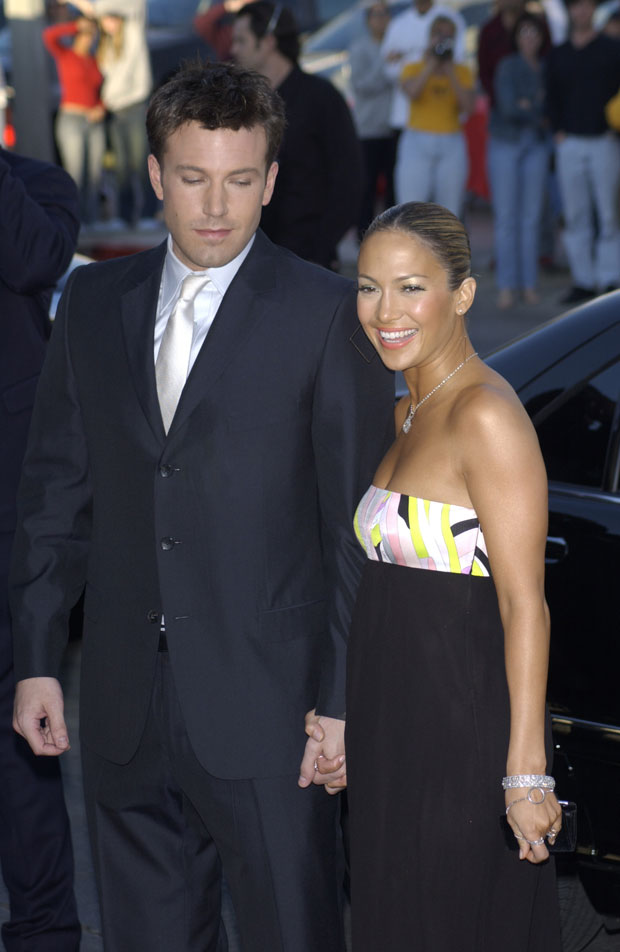 The way they were! Ben Affleck and Jennifer Lopez attend the Los Angeles premiere of his movie Daredevil on Feb. 9, 2003.

Beyond that, Ben has given several quotes about his ex in the past year — confirming that they “stayed in touch” periodically in a 2020 interview where he praised her work in Hustlers. Eyebrows were raised again when The Town actor was featured in her InStyle cover profile for April. “Why do you look the same as you did in 2003 and it kind of looks like I’m in my 40s…at best?” the Good Will Hunting actor questioned, adding she’s “the hardest-working person I’ve come across in this business. She has great talent, but she has also worked very hard for her success, and I’m so happy for her that she seems, at long last, to be getting the credit she deserves.”

After meeting on the set of Gigli in 2001, the two struck up their high profile romance amidst her split from ex-husband Chris Judd. After less than a year of dating, Ben proposed to her with an iconic pink diamond from Harry Winston worth a whopping $2.5 million. The duo were photographed in Paris, Vancouver and beyond during their engagement, even sitting down for an exclusive interview with Access Hollywood to discuss the hype around their relationship. After reports surfaced of Ben’s wild night out at a strip club, the pair postponed their Sept. 2003 wedding and split by Jan. 2004.