Even celebrities like Ben Affleck get their feelings hurt when their unmatched on dating apps. The person who did the unmatching, TikTok user Nivine Jay, was also silently punching the air after she once mistook Ben for a catfish on Raya (which is like Tinder for A-listers and influencers). Nivine — who is appearing on the upcoming TV movie Space Juice — aired her woes in a video on May 3, set to the tune of TikTok’s sad anthem sang by Gia Giudice, “Waking Up In The Morning.”

“Thinking of the time I matched with Ben Affleck on Raya and thought it was fake so I unmatched him and he sent me a video on Instagram,” Raya wrote over a clip of herself silently shaking her head. As proof that this did happen, the video cuts to a clip that Ben allegedly sent over Instagram DMs.

“Nivine, why did you unmatch me? It’s me,” Ben said into the camera. Indeed, it was the Justice League star. The video not only went viral on TikTok but Twitter, too, where even celebrities like Jameela Jamil chimed in. The actress tweeted something that her celebrity-connected character on The Good Place would say: “There was that one time I told my *good friend* Ben Affleck not to message girls on instagram and say ‘it’s me’ like a mafia boss…. -Tahani.”

There was that one time I told my *good friend* Ben Affleck not to message girls on instagram and say “it’s me” like a mafia boss…. -Tahani https://t.co/TtkFHD8UVR

The confusion was understandable. It’s unclear when this Raya/Instagram exchange happened, but Ben did say he was NOT on any dating apps in Feb. 2020. “I am not dating,” Ben said on Good Morning America, laughing, before adding, “I’m not on Tinder, Grindr — Bumble, Humble — I am not on any of them — I know people who are on them. They have a fun time. And that’s — not me.”

Ben did return to dating not long after, though. He began a relationship with his Deep Water co-star Ana de Armas, 33, right at the start of the pandemic in 2020, and they were a lovey-dovey quarantine team until Jan. 2021, when People reported that they had a “completely amicable” split because their “relationship was complicated.” 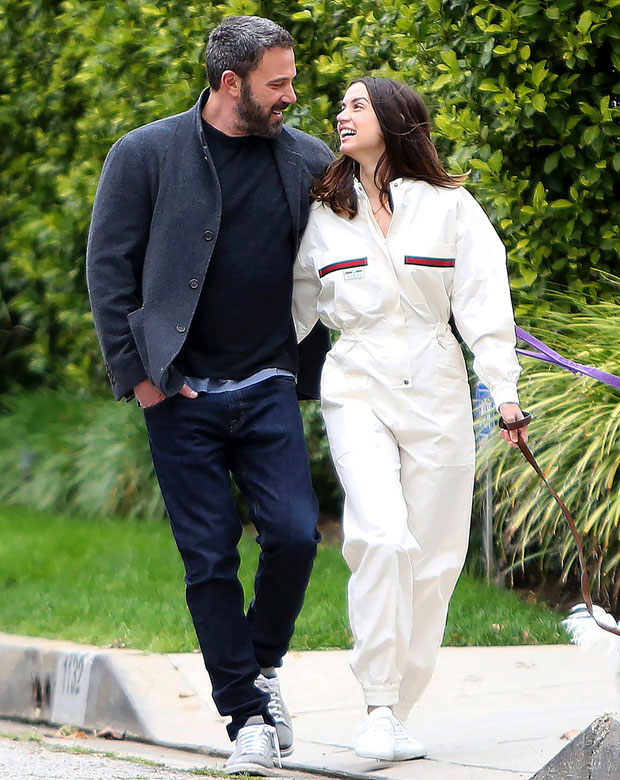 Ben Affleck and Ana de Armas dated throughout most of 2020. [Shutterstock]Now that their relationship is over, all eyes have turned towards Ben and Jennifer Lopez. While it seemed like that chapter was closed when they ended their engagement in 2004, there were renewed hopes for a new era of Bennifer after it was reported that the exes “have been spending time together in Los Angeles” after J.Lo’s split from Alex Rodriguez earlier in April, per Page Six. However, Ben and J.Lo are apparently “just friendly,” sources told the outlet — if true, then it’s not unreasonable to imagine Ben on Raya!