Ben Stiller and Christine Taylor have a relationship that spans more than two decades. Learn more about the Hollywood couple’s romance and life together with this comprehensive timeline.

Ben Stiller and Christine Taylor might be a Hollywood couple, but that doesn’t mean that their relationship is any different from other romances. The two comedic actors have created a beloved following of fans and longtime admirers, having worked together on a number of projects. Over the years, many audiences who love their movies and TV projects have grown more interested in their romance from its inception to their current relationship status. Let’s take a look back at Ben and Christine’s relationship and marriage, and all of its ups and downs, with this comprehensive timeline.

Who Is Ben Stiller’s Wife? 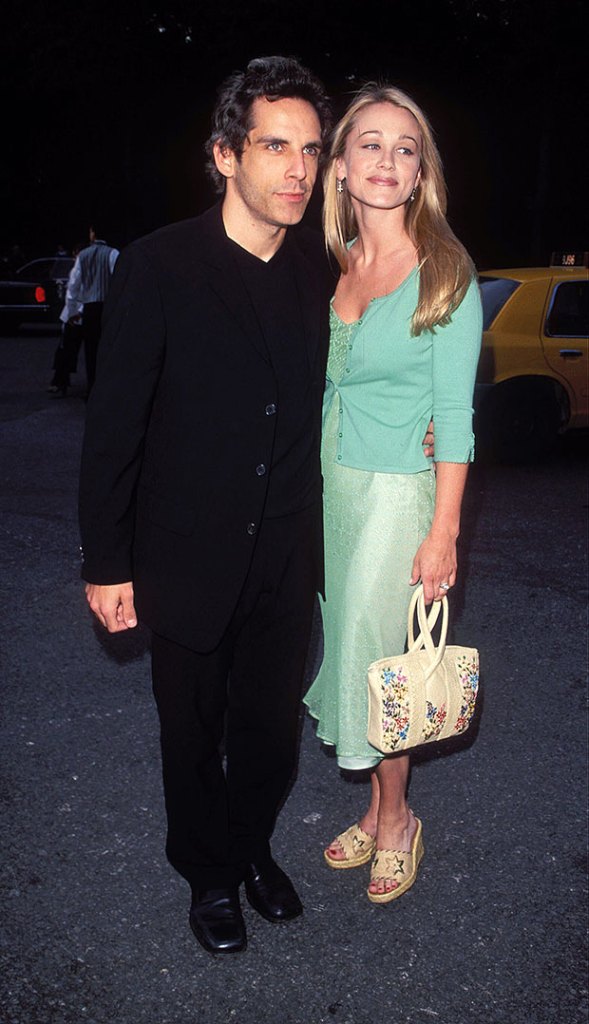 Ben Stiller and Christine Taylor at the Fresh Air Fund on June 8, 2000 [AP Images].Ben Stiller is famous enough in his own right. Not only does the actor boast a prestigious pedigree, as the son of actors Jerry Stiller and Anne Meara, Ben has wholly established himself as a versatile actor and burgeoning filmmaker. Christine’s path to stardom was slightly different. Christine’s big break didn’t come until 1995, when she starred as Marcia Brady in The Brady Bunch Movie. From there, Christine continued to build on her career, and one of her follow-up projects to The Brady Bunch Movie landed her a co-starring role alongside the man who would become her husband.

How Did Ben Stiller & Christine Taylor Get Together? 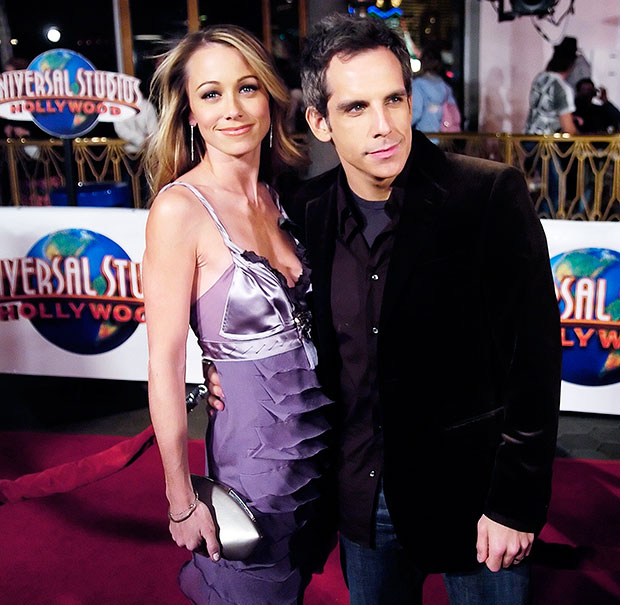 Ben Stiller poses with his wife, actress Christine Taylor, at the premiere of “Meet The Fockers” at the film in Universal City area of Los Angeles on December 16, 2004 [AP Images].Ben and Christine met on the set of a 1999 unaired pilot called Heat Vision and Jack. Although the show, which also starred Jack Black and Owen Wilson, was never picked up by a network, it was the setting where Christine and Ben were formally introduced. Sparks flew between the two, and Ben reflected on the rush of emotion he felt upon meeting Christine.

“It hit me out of the blue,” Ben confessed in a 2016 interview with Parade. “We just started hanging out with each other and it developed into, ‘Wow, this feels great. I really like this person. I think I love this person. I really do – I love this person.’” Not long after getting together, Ben and Christine totally took their romance to the next level. The two wed on May 13, 2000 and continued a personal and professional relationship.

Ben and Christine share a number of credits in common and have co-starred quite a few times. The two have appeared together in films Zoolander, Dodgeball: A True Underdog Story, Tropic Thunder, Zoolander 2, and TV series Arrested Development and Curb Your Enthusiasm. Besides collaborating on their many projects, the couple also made their family the number priority in their lives.

In 2002, Christine and Ben welcomed their first child — daughter Ella Olivia Stiller. Three years later, the trio became a family of four with the addition of Ben and Christine’s second child, son Quinlin Dempsey Stiller. The entire family has been spotted out and about on a few occasions, including red carpet film premieres and family gatherings. Sadly, the seemingly united family would undergo a major change under the scrutiny of the spotlight. 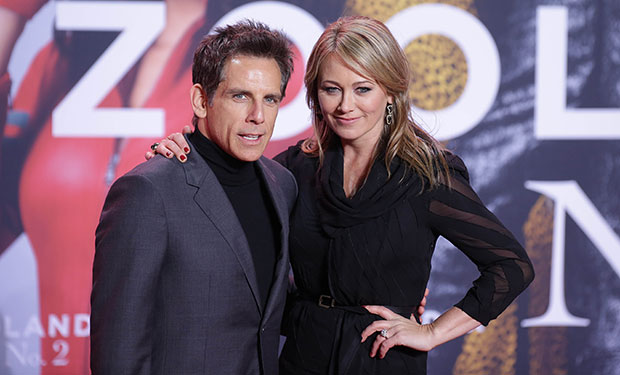 Ben Stiller and Christine Taylor at the Berlin screening of “Zoolander 2” [AP Images].Without the public’s knowledge, Ben underwent a fight for his life in sometime between 2015 and 2016. The Night At The Museum revealed that he’d battled prostate cancer. “At first, I didn’t know what was going to happen, so I was scared. The one thing that it does — it just stops everything in your life, when you get diagnosed with cancer, because you can’t plan for a movie, because you don’t know what’s going to happen,” he shared on SiriusXM’s The Howard Stern Show in October 2016. As for how his family took the news, Ben confessed that he told them “I had something I had to deal with,” adding that, “they were pretty cool with it.” Sadly, months after Ben’s health revelation, he and his family were hit with yet another blow.

Despite appearances that they had one of the strongest marriages in Hollywood, Ben and Christine made the shocking decision to separate in May 2017. “With tremendous love and respect for each other, and the 18 years we spent together as a couple, we have made the decision to separate,” the two shared in a joint statement. “Our priority will continue to be raising our children as devoted parents and the closest of friends. We kindly ask that the media respect our privacy at this time.” 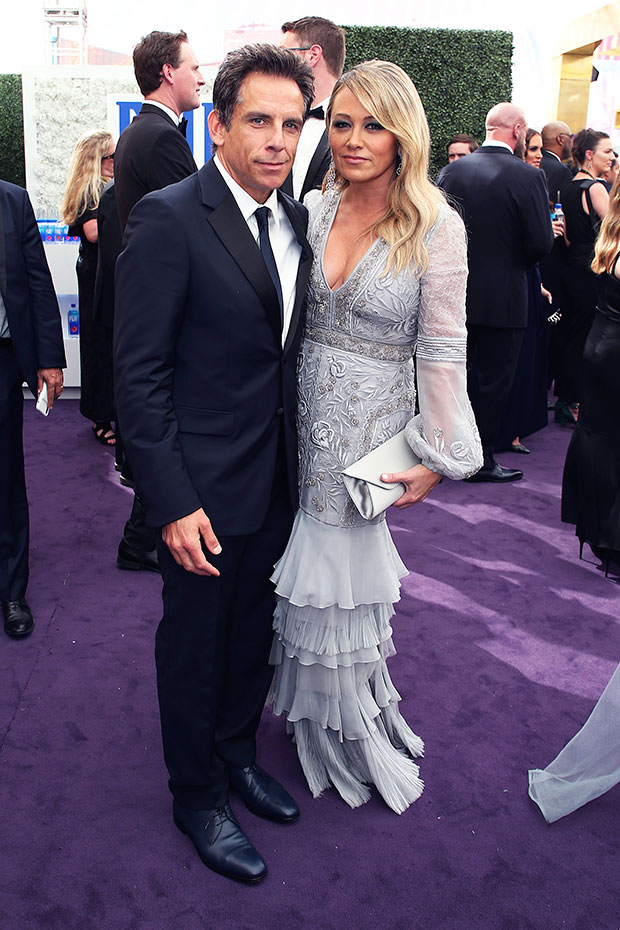 Ben Stiller and Christine Taylor arrive at the 71st Primetime Emmy Awards on September 22, 2019, at the Microsoft Theater in Los Angeles [AP Images].Although Ben and Christine’s decision to end their nearly 20-year marriage seemed final, the couple maintained a very close relationship. The parents were often spotted out and about with their kids, but from time to time they would also be seen in each other’s company, sans children. Naturally, this led to renewed interest in the status of Christine and Ben’s marriage and whether or not the couple would actually go through with any potential plans to divorce.

Throughout the fall of 2018, Christine even fielded questions about whether or not the pair would get back together. She did not, however, reveal any such plans. But the former couple’s actions seemingly spoke for themselves during the fall of 2019. On September 22 of that year, Ben and Christine attended the 71st Primetime Emmy Awards together and posed with one another on the red carpet. The twosome were all smiles for the cameras, and they looked quite happy.

The photographs left many fans speculating about their marriage. But in the time since they reunited in September 2019, the two have rarely been spotted together. Christine has, however, worked with her supposed ex within the last year. The actress starred in the 2020 comedy Friendsgiving alongside a slew of comedic actresses like Chelsea Peretti and Kat Dennings. The film happened to be produced by Ben, which means that, despite their personal relationship seemingly up in the air, they are still quite comfortable working together. Something tells us there are more chapters to come for these two.