Biden Vows to ‘Disrupt and Prosecute’ Hackers Who Forced Shutdown of U.S. Pipeline

The attack by a relatively new criminal group believed to have roots in Eastern Europe exposed the remarkable vulnerability of key American infrastructure. 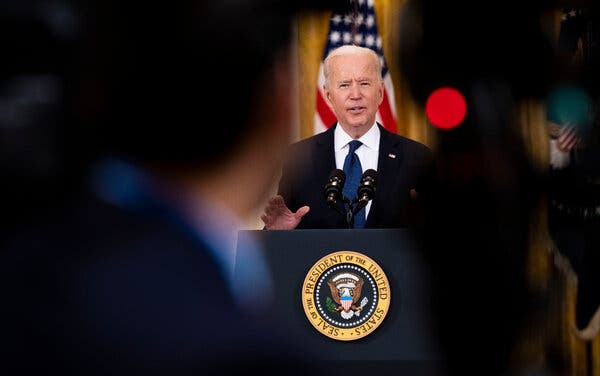 President Biden said on Monday that the government had mitigated any effect the pipeline hack might have had on the United States’ fuel supply.Credit...Doug Mills/The New York Times

President Biden said on Monday that the United States would “disrupt and prosecute” a criminal gang of hackers called DarkSide, which the F.B.I. formally blamed for a huge ransomware attack that has disrupted the flow of nearly half of the gasoline and jet fuel supplies to the East Coast.

The F.B.I., clearly concerned that the ransomware effort could spread, issued an emergency alert to electric utilities, gas suppliers and other pipeline operators to be on the lookout for code like the kind that locked up Colonial Pipelines, a private firm that controls the major pipeline carrying gasoline, diesel and jet fuel from the Texas Gulf Coast to New York Harbor.

The pipeline remained offline for a fourth day on Monday as a pre-emptive measure to keep the malware that infected the company’s computer networks from spreading to the control systems that run the pipeline. So far, the effects on gasoline and other energy supplies seem minimal, and Colonial said it hoped to have the pipeline running again by the end of this week.

The attack prompted emergency meetings at the White House all through the weekend, as officials tried to understand whether the episode was purely a criminal act — intended to lock up Colonial’s computer networks unless they paid a large ransom — or was the work of Russia or another state that was using the criminal group covertly.

So far, intelligence officials said, all of the indications are that it was simply an act of extortion by the group, which first began to deploy such ransomware last August, and is believed to operate from Eastern Europe, possibly Russia. There was some evidence, even in the group’s own statements on Monday, that suggested the group had intended simply to extort money from the company, and was surprised that it ended up cutting off the main gasoline and jet fuel supplies for the Eastern Seaboard.

The attack exposed the remarkable vulnerability of a key conduit for energy in the United States as hackers become more brazen in taking on critical infrastructure, like electric grids, pipelines, hospitals and water treatment facilities. The city governments of Atlanta and New Orleans, and, in recent weeks, the Washington, D.C., Police Department, have also been hit.

The explosion of ransomware cases has been fueled by the rise of cyberinsurance — which has made many companies and governments ripe targets for criminal gangs that believe their targets will pay — and of cryptocurrencies, which make extortion payments harder to trace.

In this case, the ransomware was not directed at the control systems of the pipeline, federal officials and private investigators said, but rather the back-office operations of the firm. Nonetheless, the fear of greater damage forced the company to shut down the system, a move that drove home the huge vulnerabilities in the patched-together network that keeps gas stations, truck stops and airports running.

A preliminary investigation showed poor security practices at Colonial Pipeline, according to federal and private officials familiar with the inquiry. The lapses, they said, most likely made the act of breaking into and locking up the company’s systems fairly easy.

Colonial Pipeline has not answered questions about what kind of investment it had made in protecting its networks, and refused to say whether it was paying the ransom. And the company appeared reluctant to let federal officials bolster their defenses.

“Right now, they’ve not asked for cybersupport from the federal government,” Anne Neuberger, the deputy national security adviser for cyber and emerging technology, told reporters at a briefing at the White House. She declined to say whether the federal government would advise paying the ransom, noting that “companies are often in a difficult position if their data is encrypted and they do not have backups and cannot recover the data.”

While Ms. Neuberger did not say so, that appears to be essentially what happened to Colonial.

Mr. Biden, who is expected to announce an executive order in the coming days to strengthen America’s cyberdefenses, said there was no evidence that the Russian government was behind the attack. But he said he planned to meet with President Vladimir V. Putin of Russia soon — the two men are expected to hold their first summit next month — and he suggested Moscow bore some responsibility because DarkSide is believed to have roots in Russia and the country provides a haven for cybercriminals.

Colonial’s pipelines feed large storage tanks up and down the East Coast, and supplies seem plentiful, in part because of reduced traffic during the pandemic. Colonial issued a statement on Monday saying its goal was to “substantially” resume service by the end of the week, but the company cautioned that the process would take time.

Elizabeth Sherwood-Randall, Mr. Biden’s homeland security adviser and a former deputy secretary of energy in the Obama administration, said that the Energy Department was leading the federal response and had “convened the oil and natural gas and electric sector utility partners to share details about the ransomware attack and discuss recommended measures to mitigate further incidents across the industry.” She noted that the federal government had relaxed rules for drivers who transport gasoline and jet fuel by truck, in an effort to alleviate the effects.

“Right now, there is not a supply shortage,” she said. “We are preparing for multiple possible contingencies.” But she said the job of getting the pipeline back online belonged to Colonial.

To many officials who have struggled for years to protect the United States’ critical infrastructure from cyberattacks, the only surprise about the events of the past few days is that they took so long to happen. When Leon E. Panetta was defense secretary under President Barack Obama, Mr. Panetta warned of a “cyber Pearl Harbor” that could shut off power and fuel, a phrase often used in an effort to get Congress or corporations to spend more on cyberdefense.

During the Trump administration, the Department of Homeland Security issued warnings about Russian malware in the American power grid, and the United States mounted a not-so-secret effort to put malware in the Russian grid as a warning.

But in the many simulations run by government agencies and electric utilities of what a strike against the American energy sector would look like, the effort was usually envisioned as some kind of terrorist strike — a mix of cyber and physical attacks — or a blitz by Iran, China or Russia in the opening moments of a larger military conflict.

But this case was different: a criminal actor who, in trying to extort money from a company, ended up bringing down the system. One senior Biden administration official called it “the ultimate blended threat” because it was a criminal act, the kind the United States would normally respond to with arrests or indictments, that resulted in a major threat to the nation’s energy supply chain.

By threatening to “disrupt” the ransomware group, Mr. Biden may have been signaling that the administration was moving to take action against these groups beyond merely indicting them. That is what United States Cyber Command did last year, ahead of the presidential election in November, when its military hackers broke into the systems of another ransomware group, called Trickbot, and manipulated their command-and-control computer servers so that they could not lock up new victims with ransomware. The fear at that time was that the ransomware group might sell its skills to governments, including Russia, that sought to freeze up election tabulations.

On Monday, DarkSide argued it was not operating on behalf of a nation state, perhaps in an effort to distance itself from Russia.

“We are apolitical, we do not participate in geopolitics, do not need to tie us with a defined government and look for our motives,” it said in a statement posted on its website. “Our goal is to make money and not creating problems for society.”

The group seemed somewhat surprised that its actions resulted in closing a major pipeline and suggested that perhaps it would avoid such targets in the future.

“From today we introduce moderation and check each company that our partners want to encrypt to avoid social consequences in the future,” the group said, though it was unclear how it defined “moderation.”

DarkSide is a relative newcomer to the ransomware scene, what Ms. Neuberger “a criminal actor” that hires out its services to the highest bidder, then shares “the proceeds with ransomware developers.” It is essentially a business model in which some of the ill-gotten gains are poured into research-and-development on more effective forms of ransomware.

The group often portrays itself as a sort of digital Robin Hood, stealing from companies and giving to others. DarkSide says it avoids hacking hospitals, funeral homes and nonprofits, but it takes aim at large corporations, at times donating its proceeds to charitable donations. Most charities have turned down its offers of gifts.

One clue to DarkSide’s origins lies in its code. Private researchers note DarkSide’s ransomware asks victims’ computers for their default language setting, and if it is Russian, the group moves along to other victims. It also seems to avoid victims that speak Ukrainian, Georgian and Belarusian.

Its code bears striking similarities to that used by REvil, a ransomware group that was among the first to offer “ransomware as a service” — essentially hackers for hire — to hold systems hostage with ransomware.

“It appears this was an offshoot that wanted to go into business for themselves,” said Jon DiMaggio, a former intelligence community analyst who is now the chief security strategist of Analyst1. “To get access to REvil’s code, you’d have to have it or steal it because it’s not publicly available.”

DarkSide makes smaller ransom demands than the eight-figure sums that REvil is known for — somewhere from $200,000 to $2 million. It puts a unique key in each ransom note, Mr. DiMaggio said, which suggests that DarkSide tailors attacks to each victim.

“They’re very selective compared to most ransomware groups,” he said. 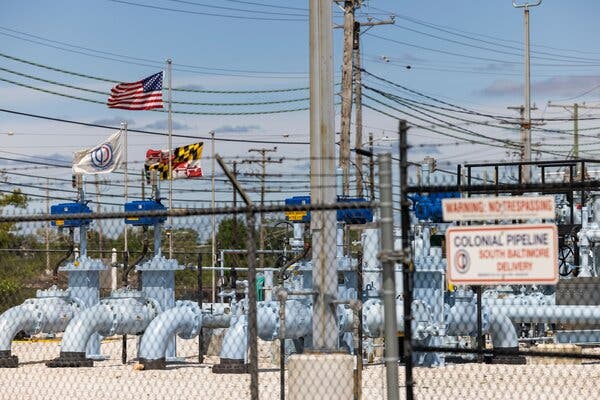 A Colonial Pipeline facility in Baltimore. Its pipelines feed large storage tanks up and down the East Coast.Credit...Jim Lo Scalzo/EPA, via Shutterstock
Read Entire Article 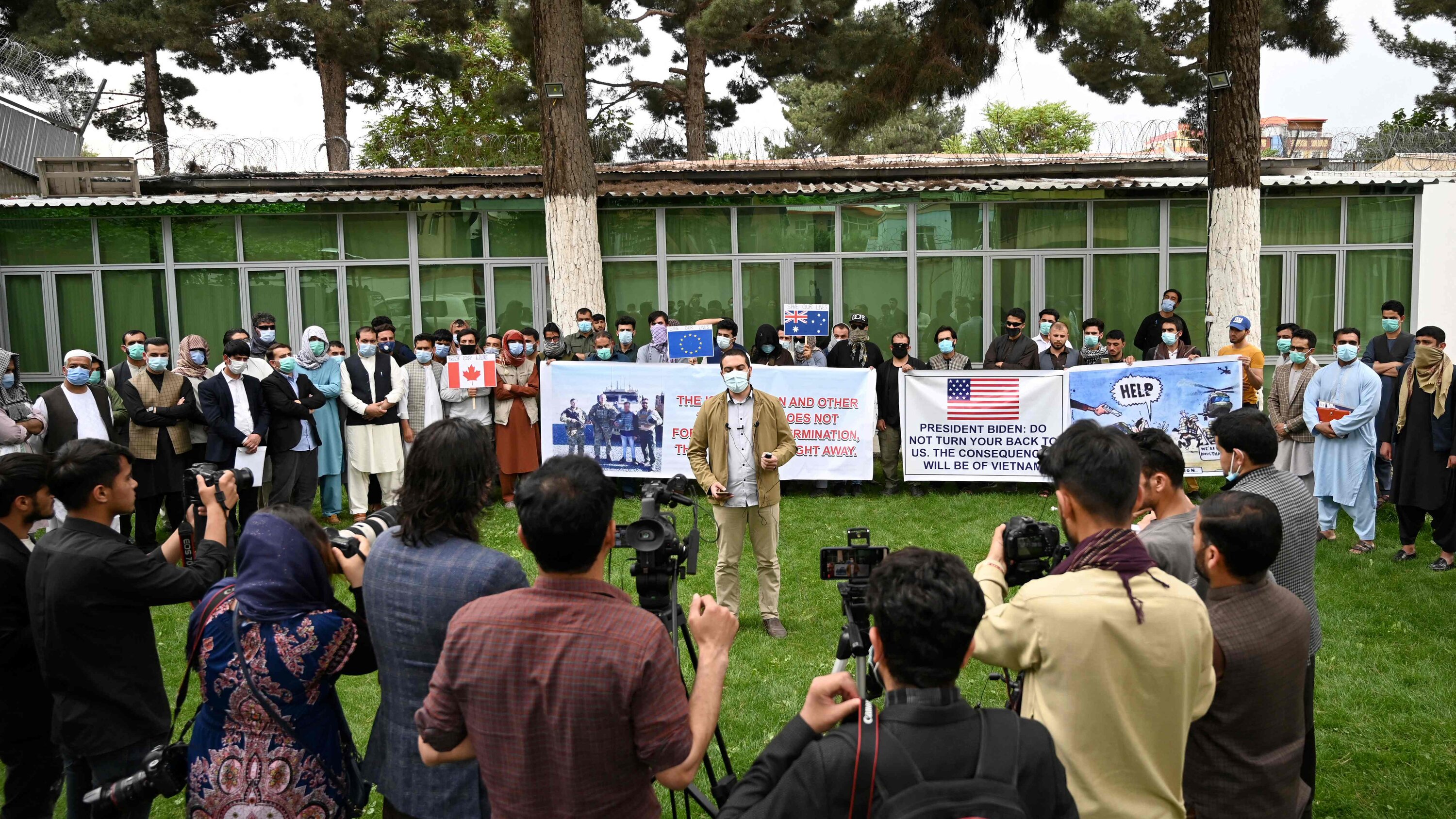