Bill & Melinda Gates’ Daughter Jennifer, 25, Reacts To Their ‘Challenging’ Split Amid $130B Divorce

Bill and Melinda Gates’ daughter Jennifer says she’s still learning how to process her emotions as her parents announced their split after 27 years of marriage.

Divorce is hard on any family, but it is even more complicated when it involves on of the richest men in the world. With the news that Microsoft founder Bill Gates and his longtime wife Melinda Gates are splitting up, their 25-year-old daughter Jennifer has shared a thoughtful message about how this has been a “challenging” time for her family, which includes brother Rory, 21, and sister Phoebe, 18.

The second year medical student took to her Instagram stories with her message about her parents decision to end their 27 year marriage. “Hi friends. By now you have heard the news that my parents are separating. It’s been a challenging stretch of time for my whole family. I’m still learning how to best support my own process and emotions as well as my family members at this time and am grateful for the space to do so,” she wrote over a scenic mountain scape photo showing wildflowers. 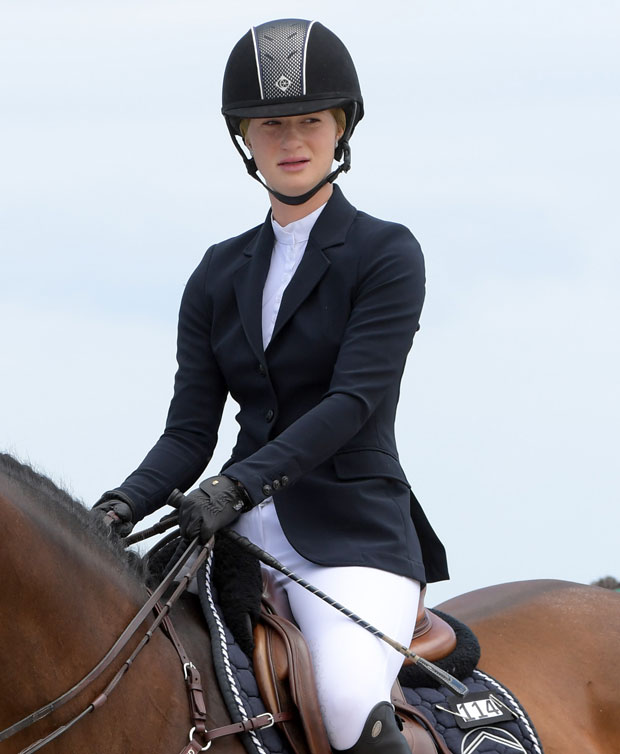 Jennifer continued, “I won’t personally comment further on anything around the separation, but please know that your kind words and support mean the world to me. Thank you for understanding our desire for privacy while we navigate the next phases of our lives,” and signed off “With love and respect, Jenn.” She then shared her parents’ Monday, May 3 joint announcement that they were splitting up after 27 years of marriage, although Jennifer was careful not to use the word “divorce” in her statement.

Jennifer is a second year medical student at the Icahn School of Medicine at Mount Sinai in New York City. She graduated from Stanford University in 2018, but took a year off to focus on her longtime passion for equestrian show jumping. Jenn is engaged to grand prix horse rider Nayel Nassar, who just wished his fiancee a happy 25th birthday on Apr. 26 in the photo below.

Just a few hours earlier, Bill and Melinda put out a joint message that read, “After a great deal of thought and a lot of work on our relationship, we have made the decision to end our marriage. Over the last 27 years, we have raised three incredible children and built a foundation that works all over the world to enable all to lead healthy, productive lives,” the statement, posted to the Microsoft founder’s Twitter read. “We continue to share a belief in that mission and will continue our work together at the [Gates] foundation, but we no longer believe we can grow together as a couple in the next phase of our lives.”

Together they launched the Bill & Melinda Gates Foundation in 2000, which focuses on enhancing healthcare, reducing extreme poverty, and expanding access to education and technology throughout the world. The pair has actively been working towards a vaccine for Malaria, which affects 200 million people each year. After donating hundred of millions towards the advanced development of a malaria vaccine, new drugs, and more, at the 2018 Malaria Summit in London, Bill pledged $1 billion by 2023 in the battle against the mosquito-born disease. 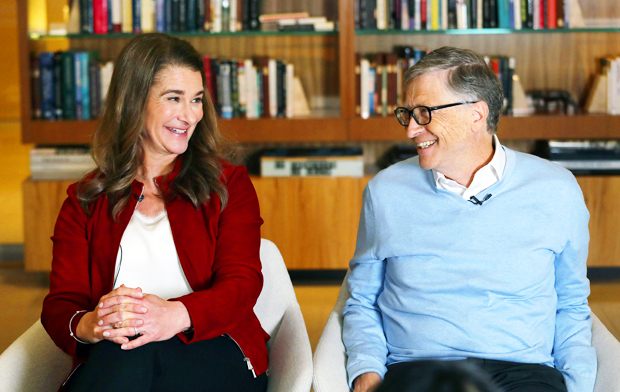 Bill and Melinda Gates smile at each other during an interview in Kirkland, WA on Feb. 1, 2019. Photo credit: Elaine Thompson/AP/Shutterstock.

When it comes to their children, Jenn, Rory and Phoebe already know they aren’t going to be getting a windfall of an inheritance from their parents. Bill already said that he plans to leave a “miniscule” sum of about $10 million to each of his kids, so that achieve their dreams independently of his $130 billion net worth.The former couple had already pledged to leave the bulk of that fortune to charitable causes.