Brandi Glanville and Eddie Cibrian’s son Mason, 17, was the tallest person in the group as they celebrated his brother Jake’s birthday. Eddie’s wife LeAnn Rimes was also there, and Brandi gushed about their ‘modern family.’

To celebrate the 14th birthday of Brandi Glanville and Eddie Cibrian‘s son Jake, the ex-spouses reunited for a big family dinner in Bel Air on April 15. Brandi and Eddie’s other son, Mason, 17, also tagged along for the outing to the ritzy Il Segreto Ristorante in Bel Air, and practically towered over the entire party entourage. The teen (pictured in the white hoodie below) soared past the heads of his mom, dad, little brother, and his dad’s wife LeAnn Rimes. 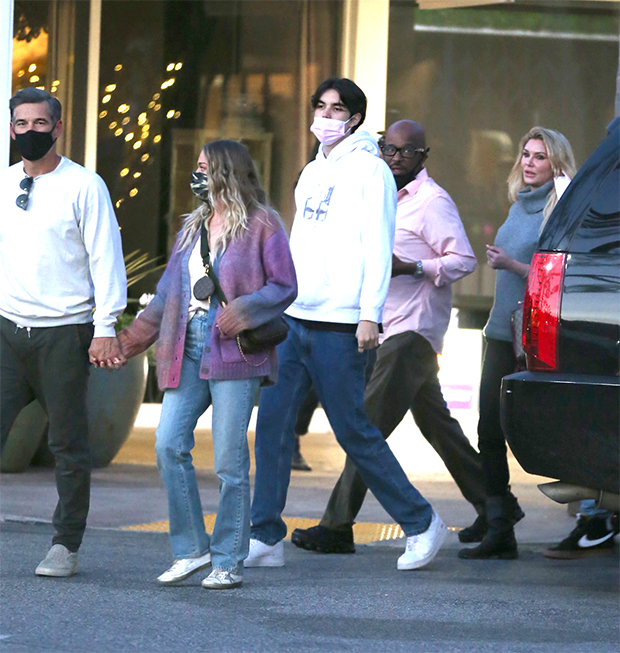 Mason Cibrian can be seen towering over his dad, Eddie Cibrian, who’s holding hands with his wife LeAnn Rimes. He also looks a head taller than his mom Brandi Glanville, who’s pictured behind him amid their dinner outing in Bel Air on April 15, 2021. [Mega]LeAnn even took to Twitter later that night to share how the dinner went. “All of our modern family gathered together to eat drink & celebrate Jakes bday! Jake did not want us to sing so obviously we all sang obnoxiously loud,” the reality television star gushed. 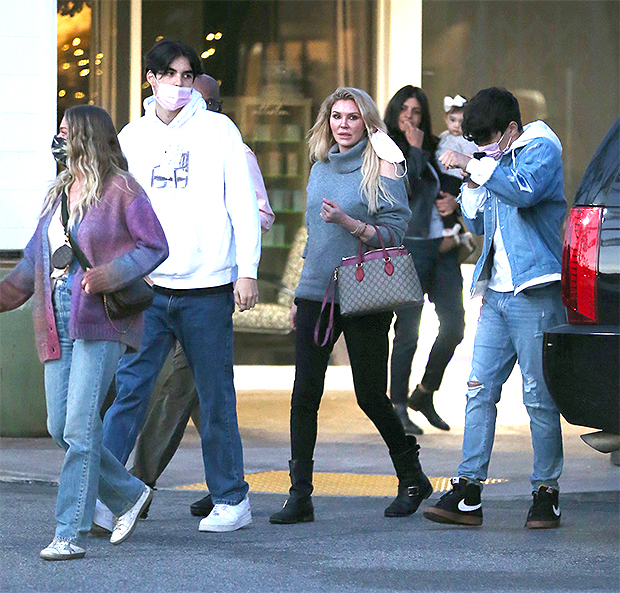 Mason’s little brother, Jake (pictured in the jean jacket), can also be seen in this photo. Jake was celebrating his 14th birthday amid this dinner outing. [Mega]Some fans may have never expected to see the day Brandi would gush about being in a happy “modern family” with LeAnn. They started off on extremely tense terms; Brandi was still married to Eddie when he began to have an affair with LeAnn in 2009, after they met on the set of their movie Northern Lights. Brandi announced her separation from Eddie by July of that year, and in Dec. 2010, Eddie proposed to LeAnn. They have been married since April of 2011.

All of our modern family gathered together to eat drink & celebrate Jakes bday! Jake did not want us to sing so obviously we all sang obnoxiously loud💗💗💗#TrueLove

Brandi made it clear how she felt about the affair during her time on The Real Housewives of Beverly Hills. These days, however, it looks like the ladies have looked past their awkward history. Jake’s birthday wasn’t the first occasion they’ve come together; the ladies also celebrated Easter together and posed for a happy family photo with Eddie, Mason and Jake, which LeAnn shared on April 4.

At the end of 2020, Brandi also went out of her way to prove that she’s on good terms with LeAnn. The Bravo star shared a selfie of themselves goofing off, clearly not mad at one another despite the fact that Brandi had been recently accused of trying to shade LeAnn in a tweet about The Masked Singer at the time (the country star won Season 4).

Like LeAnn said, they really are all a part of a “modern family.” She has grown close to Brandi and Eddie’s children, and even shared a sweet birthday tribute for Jake on Thursday, which you can read above.