Who needs a mirror  – or a man – when you have self-confidence? Brynn Elliott reflects on how women face ‘unrealistic standards of beauty’ in her new anthem, and she tells HL how ‘Tell Me I’m Pretty’ came to be.

“There’s so much pressure to look a certain way or live up to unrealistic standards of beauty,” says Brynn Elliott when discussing her new song and music video, “Tell Me I’m Pretty,” with HollywoodLife. The track is a powerful pop anthem that aims to lift women up while tearing outdated patriarchal constraints down. Such constraints become quite literal in the “Tell Me I’m Pretty” video, which sees Brynn on the wrong end of a corset. This music video about rejecting beauty standards is, in itself, gorgeous, but the visual’s captivating aesthetic is eclipsed by the message at the heart of “Tell Me I’m Pretty.”

“The ornate setting was really meant to show how even in this world that looks so pretty and almost like a romanticized Jane Austen mini-series, women were actually struggling back then in very similar ways to the way women struggle now,” Brynn tells HollywoodLife. “They had corsets to change their bodies, we have filters.”

Such an astute observation is the m.o. of Ms. Elliott. A pop star with a philosophical perspective, one who can quote Kierkegaard before belting out a few bars of Kesha. From the get-go, Brynn has incorporated her studies at Harvard into her music, and such layered songwriting can be found on her 2018 debut EP TIME OF OUR LIVES and her upcoming project, CAN I BE REAL? (due later this year.) With the release of “Tell Me I’m Pretty,” Brynn shared how a moment involving Harvard’s men and women’s soccer teams led to the song’s creation, what fans can expect on CAN I BE REAL?, and which lines of poetry have really helped her with the struggle of the past year. 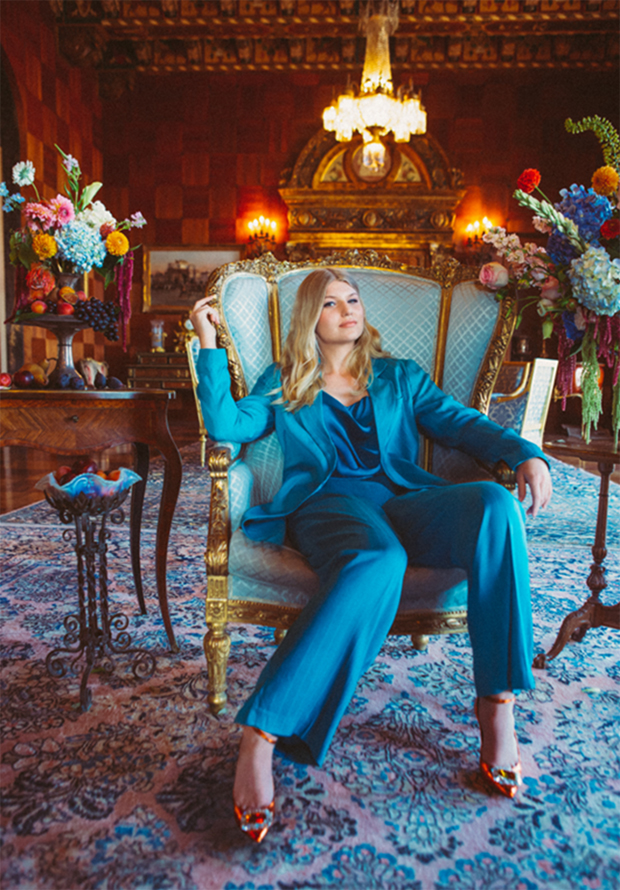 I want to be totally “me” in every sphere of my life. If I am honest, that’s something that has been hard for me to do. I can live out of a posture of people-pleasing that is exacerbated by living in the performative culture of the internet.” (LAUREN DUNN)

HollywoodLife: There’s a universal message at the heart of “Tell Me I’m Pretty,” of finding your self-worth and not relying on others – be they individuals or society – to, as you say, ‘tell me I’m pretty.’ Was there a specific spark of inspiration that led to “Tell Me I’m Pretty,” or is this something that you’ve wanted to say for a while?

Brynn Elliott: There were two sparks that inspired “Tell Me I’m Pretty.” The first was an experience I had while attending Harvard in 2016. The men’s soccer team rated the physical appearance of various members of the women’s soccer team in a leaked group chat. These men literally gave a numerical rating on their “hotness” and used some of the most horrific language to describe these women. This experience really stuck with me, and I always knew that I wanted to write a song about how I felt in that moment. So, when I wrote the line “Maybe I’m worth more than some numbers or a score,” I was thinking of my friends on the women’s soccer team and moments where I personally have felt rated on my appearance and objectified.

The second spark was when I was on tour with Why Don’t We. It was the most exciting tour for me because I got to perform my songs every night for a primarily female audience. I just kept thinking about how these girls are growing up in the age of the internet amidst an image-obsessed culture. While the internet is good for so many things, it can also really take a toll on how women view themselves.

There’s so much pressure to look a certain way or live up to unrealistic standards of beauty. So it was really after the tour that I finally sat down and wrote this song. I want to write a song of inspiration to those girls and to me that our worth is not found in or defined by how we look in our selfies or our social media ratings as it were. It’s about who we are – that’s where true beauty is found.

The video for the song is quite extravagant. How was it to film such an ornate visual? Was wearing that corset as painful as it looked?

It was very exciting for me to film such an ornate visual. Going into this shoot, I had very specific ideas on what I wanted to be happening in the video. With a song that’s about self-image and the internet, the first thought for the video would be to somehow make it about selfies, make-up, or modern beauty standards. But I wanted to show that it’s not the internet that started the objectification of women. This is something that has been here throughout history.

So, the ornate setting was really meant to show how even in this world that looks so pretty and almost like a romanticized Jane Austen mini-series, women were actually struggling back then in very similar ways to the way women struggle now. They had corsets to change their bodies, we have filters.

And yes, I kid you not, the corset sucked.

What happened to that portrait that was painted of you?

I have the portrait, and I plan on giving it to a fan! 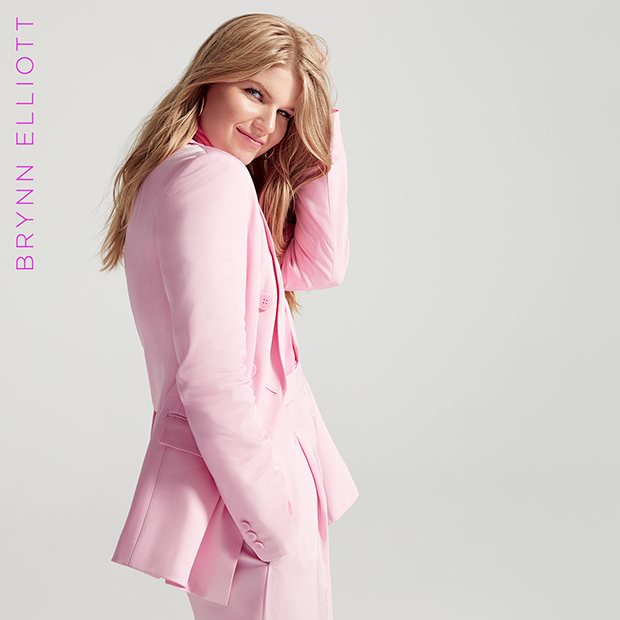 You’re dropping a new ep, CAN I BE REAL?, later this year. What can you share about this new project? You’ve said that the title track is your “most vulnerable song to date,” so I’m curious what led to this openness in your songwriting.

I am so excited to share this next chapter. I graduated in 2018 and then was immediately on the road for two years touring and promoting my first project. Then it came time to start writing the next project. At the beginning of that process,  I had to sit with myself and all the experiences I had over those two years. A lot of it felt very glamorous, like playing the Today Show and Kelly and Ryan and being on stage every night.  I love performing so much. But I wanted to check in and make sure that I wasn’t performing from an inauthentic place.

I want to be totally “me” in every sphere of my life. If I am honest, that’s something that has been hard for me to do. I can live out of a posture of people-pleasing that is exacerbated by living in the performative culture of the internet.  So, this project really began by asking myself the question, CAN I BE REAL? I hope that this project stands as a promise to myself and my fans that I will always be the most honest version of myself in my music, warts and all. And above all else, I hope that this music encourages people to be themselves no matter what. I hope they are encouraged to be honest in every part of their lives and that they feel the true freedom that comes with that authenticity.

Your debut, TIME OF OUR LIVES, was inspired by your philosophical studies at Harvard. Is there a philosophical element in this new music? Will there always be some deeper subtext to your music? I imagine that your philosophical mind is not a part of you that you can nor would want to turn off when it comes to writing?

There will always be a deeper subtext to my music. I am an overthinker, so it’s virtually impossible for that not to come out in my music. Like I said, this EP started from this desire to be authentic. That concept is discussed in some of my most beloved philosophical works. For example, one of my favorite philosophers, Soren Kierkegaard, once wrote, “The most common form of despair is not being who you are.” I drew inspiration from those words as I was writing. That’s why the title, CAN I BE REAL? completely sums up the project as a whole. 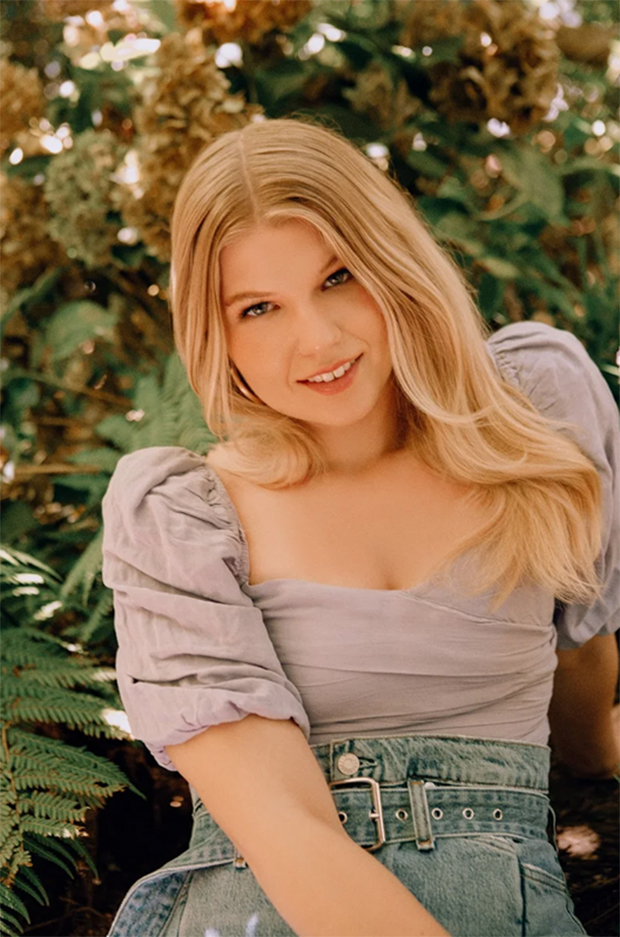 “With a song that’s about self-image and the internet, the first thought for the video would be to somehow make it about selfies, make-up, or modern beauty standards.” LAUREN DUNN

You recently moved to Los Angeles. How has life been since relocating to the West Coast?

Moving to LA has been really wonderful and really strange at the same time! It’s been nice to be in the environment of LA – it feels so artistic and inspiring. I love the people I write songs with and my friends out here. It was also just strange to move in the middle of the pandemic. But I’ve had a lot of quiet time in my apartment to continue cooking up songs!

When last you spoke to HollywoodLife, you mentioned that T.S. Eliot was your favorite poet. You’ve also done #nerdgirlsunday on your Instagram, where you’ve shared a quote and discussed it with your fans. So, what Eliot quote would you say sums up your past year, and which of his lines would you hope shapes your 2021?

I love this question, and I love T.S. Eliot!  The T.S. Eliot quote that sums up this year would be, “ I have measured out my life with coffee spoons,” because 2020 was a year that we all got to try some new things due to being at home. One of my new things was making the perfect cup of coffee (I love coffee).

The Eliot quote for 2021 comes from his famous Four Quartets, where he writes, “For last year’s words belong to last year’s language and next year’s words await another voice.” I think we all need the fresh start of a new year, and these words make me hopeful that, although there will be hard things in 2021, there is also hope for new and good things.