Caitlyn Jenner appeared on the June 10 episode of ‘The View’  and revealed she wants ‘to do the same thing’ as Donald Trump in politics by being a ‘thoughtful’ disrupter.

Caitlyn Jenner‘s appeared on the June 10 episode of The View to discuss her political ambitions. During her segment on the show, the co-hosts questioned Caitlyn about her surprising run for the 2021 gubernatorial recall election against current Democratic Governor Gavin Newsom. But when pressed by Joy Behar about whether she thought former President Donald Trump won the 2020 election, Caitlyn completely deflected.

“I’m not going to get into that. That election is over with,” Caitlyn said. President Joe Biden won the election by 306 electoral college votes compared to Trump’s 232. He also won more than 81 million votes from citizens compared to Trump’s roughly 74 million, per The Guardian. You can see the clip below.

Appearing on The View, Caitlyn Jenner refuses to say whether or not she believes Trump lost the 2020 election:

"I’m not going to get into that. That election is over with… he was a disrupter when he was president. I want to do the same thing." pic.twitter.com/pBLlaeoj4O

The former Olympian went on to say that she thought the former president did “some good things,” adding that he was “a disrupter. He was a disrupter when he was president. I want to do the same thing. I want to go in and be a thoughtful disrupter in Sacramento,” she said, in reference to her run for the office of Governor of California.

The former reality TV star’s appearance on the daytime talk show comes after announcing her candidacy for the office of Governor of California in late April. The Republican candidate, 71, has not shared too many details about her platform. She has, however, already made statements that have caused friction among potential voters. 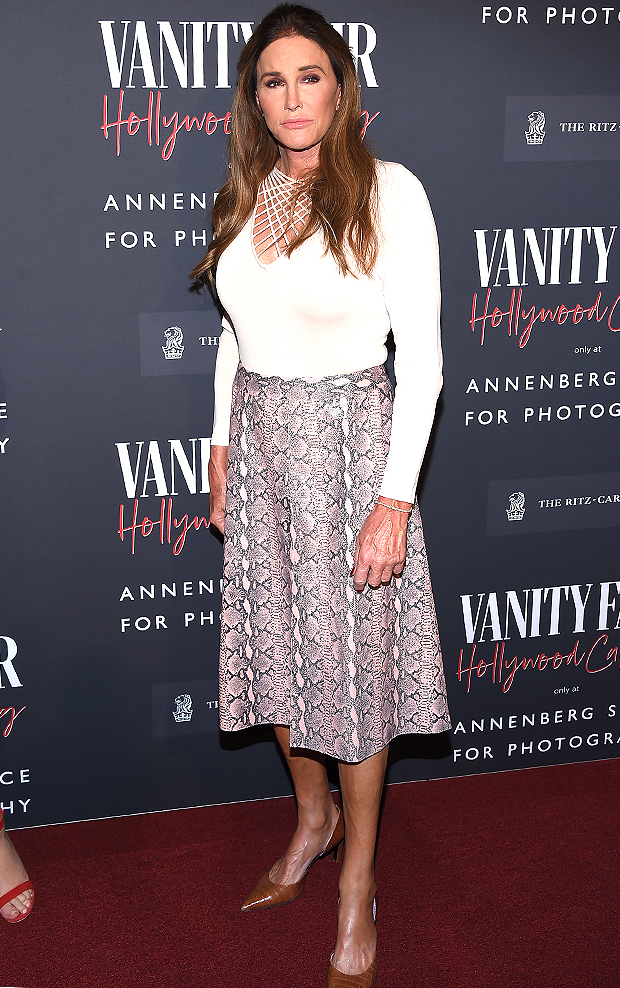 Caitlyn Jenner at the ‘Vanity Fair: Hollywood Calling’ Exhibition at the Annenberg Space for Photography in Los Angeles on February 4, 2020 [Shutterstock].On May 5, Caitlyn appeared on Fox News for an interview with Sean Hannity, discussing the homelessness problem in California. Caitlyn’s comments, however, received immense criticism, and the former Keeping Up With The Kardashians star was called out for showing her privilege. “At my hangar, the guy across from me, he was packing up his hangar. I said, ‘Where are you going?’ He said, ‘I’m moving to Sedona, Arizona. I can’t take it anymore. I can’t walk down the streets and see the homeless,'” she said.

Less than two weeks following her appearance on Fox News, Caitlyn shared a rather egregious post to her Instagram Story, which was a repost of one made by Donald Trump Jr. The post in question featured a photo of Caitlyn looking dolled up next to a photo of Assistant Health Secretary Dr. Rachel Levine giving a speech. The clear comparison of both trans-women’s looks was glaring, and drew a lot of attention and backlash on social media.

Along with her rather divisive candidacy, the involvement of Caitlyn’s family has also been questioned, too. However, Caitlyn shared that her family was actually “scared” for her once she announced that she was running for office, and it doesn’t appear that they have been involved with her political team — at least thus far. “My kids are not involved whatsoever with this,” she told CNN‘s Dana Bash on May 10. “I said, ‘I am not going to ask you for one tweet, I am not going to ask you for one thing. You guys go live your life this is my deal, this is my decision to do this and I’m going to tell the media, stay away.’ Don’t ask them. I told them just [to say] ‘no comment’,” she added.