Chadwick Boseman: Everything To Know About Oscar-Nominated ‘Black Panther’ Star

Hollywood will get one more chance to celebrate Chadwick Boseman. The late ‘Black Panther’ star is nominated for an Oscar, so here’s what you need to know.

As the nominees for the 93rd Academy Awards were unveiled on March 15, one name stood out when the couple read aloud the names in the “Best Actor” category. Chadwick Boseman, who passed away nearly seven months earlier, was recognized for his starring role in Ma Rainey’s Black Bottom, the movie based on the play of the same name by August Wilson. Though other Hollywood heavy-hitters were also nominated – Gary Oldman (Mank), Anthony Hopkins (The Father), Steven Yeun (Minari), Riz Ahmed (Sound of Metal) – Chadwick is the favorite going into the April 28 ceremony, having won the award for Best Actor In A Motion Picture – Drama at the 78th Golden Globes.

His widow, Taylor Simone Ledward, accepted the award on his behalf. “He would thank God. He would thank his parents. He would thank his ancestors for their guidance and their sacrifices,” she said through tears. “He would say something beautiful, something inspiring, something that would amplify that little voice inside of all of us that tells you, ‘You can,’ that tells you to keep going, that calls you back to what you are meant to be doing at this moment in history. I don’t have his words, but we have to take all the moments to celebrate those we love, so thank you [Hollywood Foreign Press Association] for this opportunity to do exactly that. And, honey, you keep ’em coming. Thank you.”

The posthumous celebration continued at the 27th Annual Screen Actors Guild Award. Chadwick was given the SAG Award for Outstanding Performance by a Male Actor in a Leading Role. Again, his widow accepted the award. After thanking the cast and crew, including Chadwick’s costars Viola Davis and Colman Domingo, Ledward left viewers with a piece of wisdom. “If you see the world unbalanced, be a crusader that pushes heavily on the seesaw of the mind. That’s a quote by Chadwick Boseman,” she said, per Vulture. “Thank you, Screen Actors. Thank you, Chad.”

With momentum behind him, the 2021 Oscars will likely provide another opportunity to celebrate this actor’s life and legacy. Here is what you need to know about the late, great Chadwick Boseman. 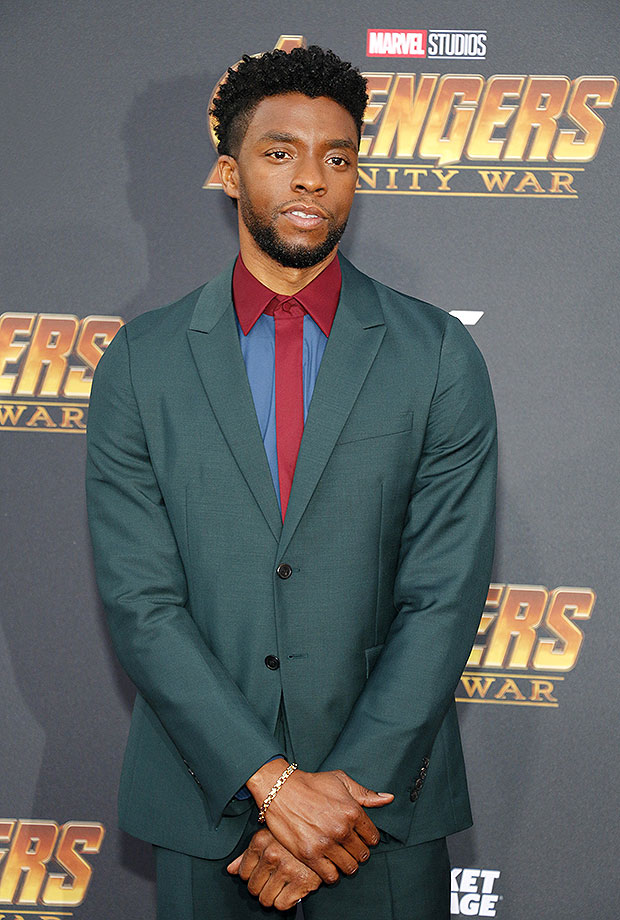 Chadwick Boseman at the premiere of Avengers: Infinity War (MEGA)

1. How Did Chadwick Boseman Die?

Chadwick Boseman passed away on August 28, 2020, following a four-year battle with colon cancer. He was 43. Initially diagnosed with stage III, the disease progressed to stage IV. “A true fighter, Chadwick persevered through it all, and brought you many of the films you have come to love so much,” read the statement posted to his Instagram account following his death. “From Marshall to Da 5 Bloods, August Wilson’s Ma Rainey’s Black Bottom and several more, all were filmed during and between countless surgeries and chemotherapy.” The account noted that he died “in his home, with his wife and family by his side.”

2. He Was A South Carolina Native.

Chadwick Aaron Boseman was born on November 29, 1976, in Anderson, South Carolina. He discovered his love of acting as a High School junior and wrote his first play, Crossroads, after a classmate was shot and killed, per Rolling Stone. I just had a feeling that this was something that was calling me,” he said. “Suddenly, playing basketball wasn’t as important.” 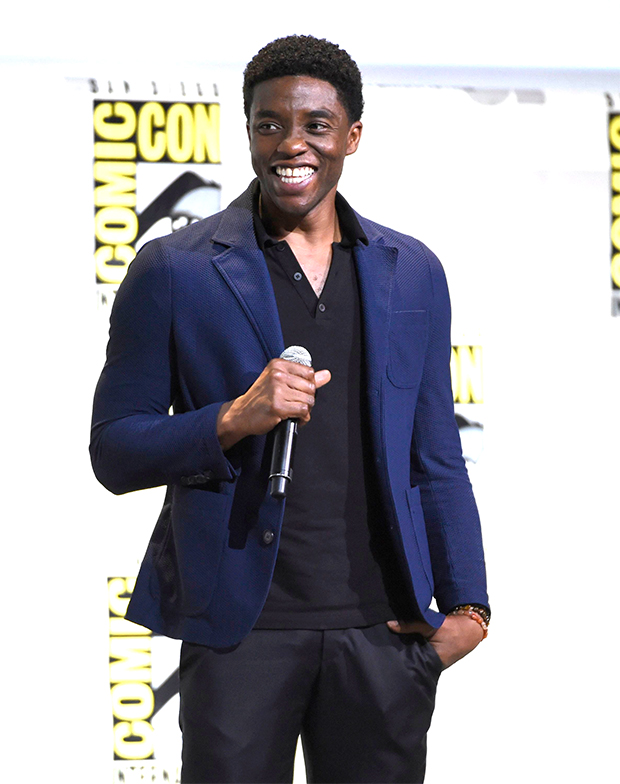 3. Chadwick Was A Private Man.

For four years, Chadwick hid his cancer from the world. During that time, he filmed seven movies: the Supreme Court Justice Thurgood Marshall biopic Marshall (2017), Black Panther (2018), Avengers: Infinity War (2018), Avengers: Endgame (2019), 21 Bridges (2019), Da 5 Bloods (2020), and Ma Rainey’s Black Bottom (2020). As to how Chadwick was able to keep this struggle to himself, he was naturally a private person. “It’s no one’s business, really,” he said about his personal life while speaking to American Way magazine in 2018. “When you talk about that, you become a whole different type of celebrity. Your personal life bleeds into your professional life. I’m an actor, and you know me from who I play. You get a sense of who I am, but you don’t know everything.”

4. Chadwick Came From A Big Family.

Chadwick’s mother worked as a nurse, and his father worked in a cotton family. “We weren’t rich, but I had what I needed,” he told Mr. Porter magazine. He also had a major support network in his extended family. “When my grandmother died, she left 115 grandkids and great-grandkids. That was just one side.”

5. Chadwick Played Sports As A Youth

In the general public’s mind, Chadwick is Black Panther. But, Chadwick’s big break was portraying another hero in 42. The biopic detailed the story of Jackie Robison, the African-American who broke baseball’s color barrier in 1947. Boseman’s talents as an actor landed him the role but knowing how to play the game probably helped. “I played Little League baseball,” he told Vanity Fair in 2013, “but I also played basketball. Basketball was my primary sport. When you play basketball seriously, a lot of times, through the summer season, you continue playing. So that replaced me playing baseball. But I’ve always been an athlete and continued [to] do additional athletic activities. I think that they felt that in my baseball try out [for the film], that I had the athleticism to do something like this.” 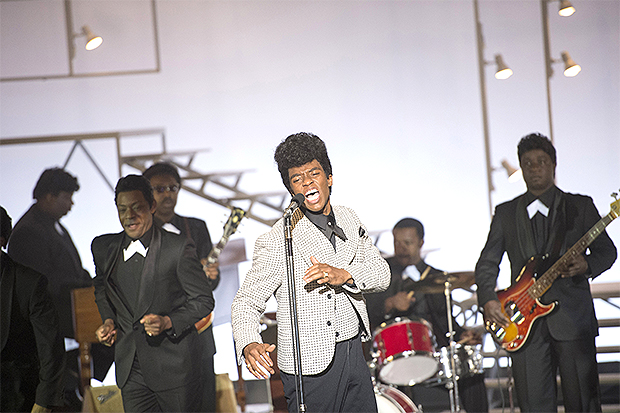 Chadwick Boseman in Get On Up (Everett)

Chadwick didn’t want to act, not at first. He studied writing and directing at the historically black Howard University, graduating in 2000 with a Bachelor of Fine Arts. After graduating from Howard, he moved to Brooklyn, New York, to write and direct small off-Broadway plays. “I did voiceover work, I taught acting, I got by, one way or the other,” he told Mr. Porter. Chadwick only began acting as part of a compromise: he wanted a producer to look at his script, the producer wanted him to audition for the lead of a play he was putting on. Chadwick got the role, found that acting was his calling, and spent the next few years playing bit parts on TV, like ER and Law & Order.

He also honed his craft. Chadwick attended the Oxford Summer Program of the British American Drama Academy in Oxford, England. Upon returning to the United States, he graduated from the Digital Film Academy in New York City. When Chadwick landed the role in 42, everything changed…and not entirely for the better.

“After 42, I couldn’t even tell you how many scripts about real people have come across my desk – so many,” he told Mr. Porter. Suddenly, Chadwick was the “black American icon” guy, as the magazine put it. “I know, but it’s not intentional. I didn’t think I should do Get On Up at first. Same for Marshall. I had to be convinced.”

Who Was Chadwick Before King T’Calla?

In Get On Up, Chadwick played James Brown. In Marshall, he played the first Black man to sit on the United States Supreme Court. He also portrayed Thoth in the universally panned Gods of Egypt. Before the film came out in 2016, Chadwick (the sole Black lead in the movie) told an interviewer that he agreed with the whitewashing criticism and that he took the part because audiences would see at least one god of African descent. “But, yeah,” he added dryly. “People don’t make $140 million movies starring black and brown people.”

Chadwick would go on to prove himself wrong. The same year that Gods of Egypt came out, Chadwick portrayed T’Challa/Black Panther for the first time in Captain America: Civil War. Marvel Studio president Kevin Feige didn’t even want Chadwick to audition – the part was his. “I think it was 24 hours between saying his name in a creative story meeting and talking to his agent and getting on a phone with him and offering him the role of Black Panther, which he accepted,” said Feige, per IBTimes.

His appearance in Civil War laid the groundwork that saw Black Panther in 2018. The movie – made with a $200 million budget – was a box office smash, pulling in $1.348 billion worldwide. It’s currently the ninth-highest-grossing film of all time. It featured a predominantly Black cast and a Black director (Ryan Coogler). It is also the first superhero film to earn a Best Picture nomination at the Academy Awards (and the first Marvel Studios film to win an Oscar, taking home Best Costume Design, Best Original Score, and Best Production design.)

“We know what it’s like to be a tail and not the head. We know what it’s like to be beneath and not above,” he continued, “And that is what we went to work with every day because we knew, not that we would be around during awards season and that it would make a billion dollars, but we knew that we had something special that we wanted to give the world. That we could be full human beings in the roles that we were playing. That we could create a world that exemplified a world that we wanted to see.”

“Whatever you choose for a career path, remember, the struggles along the way are only meant to shape you for your purpose,” Chadwick said while giving the commencement address at Howard University in 2018. “When I dared to challenge the system that would relegate us to victims and stereotypes with no clear historical backgrounds, no hopes or talents, when I questioned that method of portrayal, a different path opened up for me, the path to my destiny.”