It’s the one where they all get back together! The ‘Friends’ special finally has a premiere date, and it is SOON! Watch the first teaser for the epic reunion.

Don’t worry, your Friends faves will be back. All 6 of the original cast members will be returning for the upcoming HBO Max special, which is expected to start filming very soon. From what the reunion special will entail to where you’ll be able to watch, HollywoodLife has rounded up all the key news you need to know about the Friends reunion special. 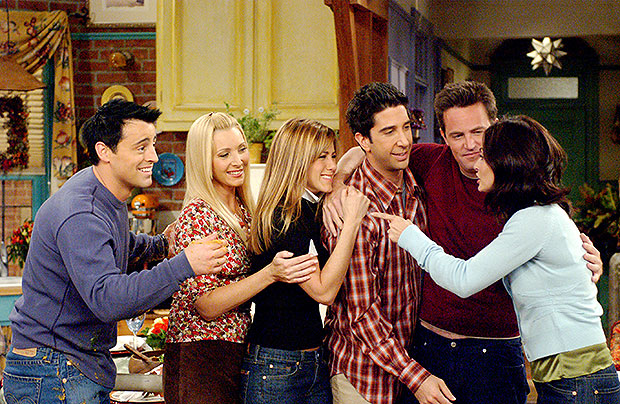 The cast of ‘Friends’ during the final season’s Thanksgiving episode. (Everett Collection)

The Friends reunion special, officially titled Friends: The Reunion, will premiere May 27 on HBO Max. The news was announced in the special’s first teaser video on May 13. The 40-second teaser features all 6 of the original cast members — David, Jennifer, Lisa, Matt (Perry), Courteney, and Matt (LeBlanc) — walking together on the Warner Bros. lot with their arms around each other.

After nearly a year delay, the Friends reunion is started filming the week of April 5, according to The Hollywood Reporter. The reunion, which was announced in February 2021 by the cast, will be filmed on the Warner Bros. lot in Burbank, California. The release date for the highly-anticipated Friends reunion special has not been revealed just yet. However, THR noted that the special will “likely come almost a year after the reunion’s intended debut — May 27, 2020.” That was HBO Max’s initial launch date.

Filming was originally set to take place in March 2020 with a live audience. However, the COVID-19 pandemic delayed the filming of the reunion special. WarnerMedia Entertainment and Direct-to-Consumer chairman Bob Greenblatt had hoped in May 2020 that the Friends special would be able to film by the end of the summer.

“At first we thought, shows will be delayed for a month or two at the most, and now it seems like it’s going to be far longer than that,” he said at the NAB Show Executive Leadership Summit. “We’re holding out for being able to get this special done hopefully by the end of the summer if the stars align and hopefully we can get back into production. 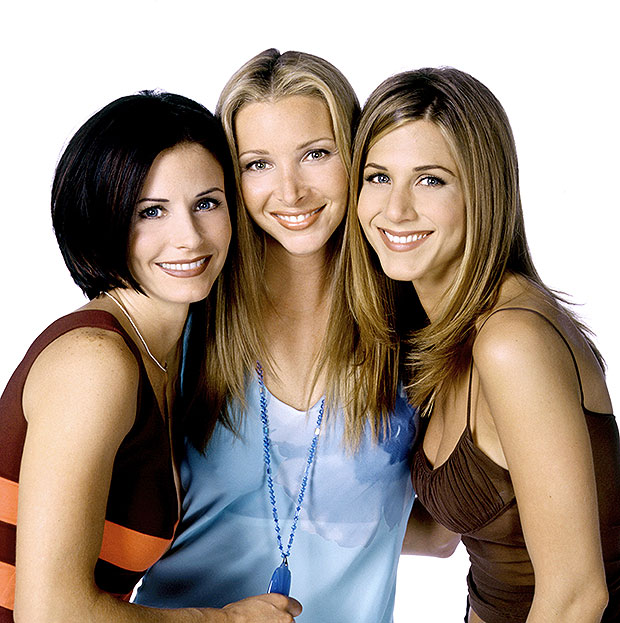 As we all know, that didn’t happen. The special continued to get pushed back due to the coronavirus pandemic. Greenblatt had considered going the “virtual route” but believed that doing the Friends reunion in a more “conventional way” was “worth waiting for.” They ultimately decided to hold off until it was safer to film.

David Schwimmer gave an update about the Friends reunion special during a March 2021 interview with Andy Cohen on Andy’s SiriusXM radio show. “Oh, it’s happening. Actually, in a little over a month I’m heading out to LA. So, finally … we figured out a way, I think, to film it safely and there’s gonna be a portion of it that we film outside because of, you know, for safety protocols.”

HBO/HBO Max chief Casey Bloys hinted in February 2021 to Entertainment Weekly that the Friends cast would be filming “some bits here and there” leading up to the cast getting together to film the actual reunion. Lisa Kudrow noted to Rob Lowe on his Literally! podcast in January 2021 that there will be “different facets” to the reunion special, and they had “already shot packages of things.” Back in 2020, David had teased the reunion special on The Tonight Show with Jimmy Fallon and said it was a “really fun interview” with “other surprise bits.”

The Friends reunion special will feature all 6 of the original cast members: Jennifer Aniston, Courteney Cox, Lisa Kudrow, Matthew Perry, Matt LeBlanc, and David Schwimmer. The iconic cast will return to the show’s original soundstage, Stage 24, on the Warner Bros. Studio lot for an “unscripted” celebration of all things Friends.

The Friends cast is getting paid big bucks for this reunion special. The cast members will be paid between $2.5 million and $3 million each for the HBO Max special, according to The Hollywood Reporter. This is reminiscent of their $1 million-per-episode rates the cast had received in the final two seasons of the show’s 10-season run. The NBC series ran from 1994 to 2004. 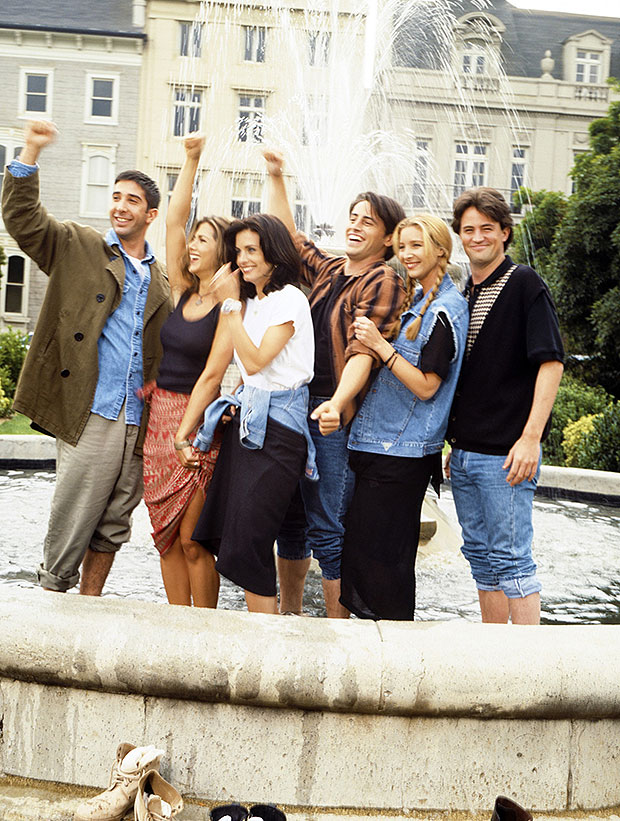 The entire ‘Friends’ cast will return for the special. (Everett Collection)

In 2020, there were rumors that Ellen DeGeneres would host the reunion special, but David set the record straight in his interview with Andy and said she would not be hosting. “Can you say who is?” Andy asked. David replied, “I don’t know if I can, actually. I should have found that out. I apologize. I can tell you it’s not Ellen, it’s not Billy Crystal. Andy, is it you?” Andy quipped, “Oh, my God, I wish it was!”

What Will The Special Be About?

Don’t expect this to be like another episode of Friends that picks up where the series finale left off 17 years later. The Friends reunion special is an unscripted special. HBO Max revealed what the reunion special will consist of in an April 2020 statement: “The cast and producers are all very excited to go into production, as this will be the first time since the show ended that the whole cast will be together, and on the original sets to reminisce. There are loads of great surprises in store and lots of rare behind-the-scenes footage they are eager to share. We will keep you informed as plans solidify and once we have a firm premiere date. Lastly, in order to avoid any misunderstanding about what this special is, we want to make it very clear that this is not a new, original episode of the series. The cast will be appearing as themselves, not as their beloved characters.” 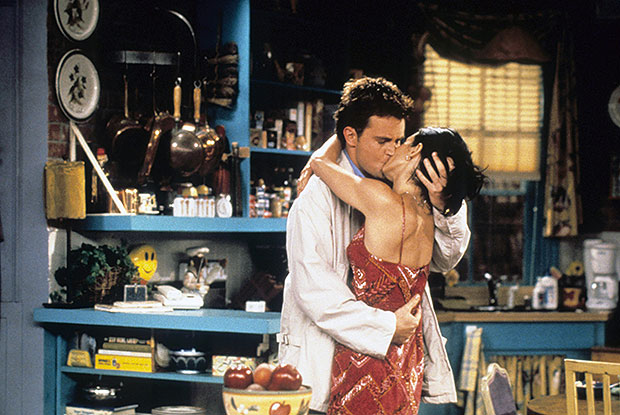 Friends fans have been wondering for years and years if the cast would ever do a TV revival/reunion with the stars returning as their characters. Marta, who was a co-creator and executive producer of the original series, has always stressed that there are “several reasons” why there will never be a revival.

“One, the show is about a time in your life when your friends are your family,” Marta told Rolling Stone in 2019. “It’s not that time anymore. All we’d be doing is putting those six actors back together, but the heart of the show would be gone. Two, I don’t know what good it does us. The show is doing just fine, people love it. (A reunion) could only disappoint.”

The Friends reunion special will air on HBO Max. WarnerMedia, the media company that consists of HBO Max, has not revealed whether or not the special will be available on its other platforms on the premiere day. In the meantime, all 236 episodes of Friends are available to watch (and binge) on the streaming service. The long-running NBC series was available on Netflix for years, but the show’s episodes have since been taken off Netflix and are available only on HBO Max.

Naturally, fans were ecstatic when they found out that a Friends reunion special was coming their way. Celebrity fans couldn’t help but share their excitement after Jennifer shared the news on her Instagram page. “I just screamed so loud on the street it was concerning,” Beanie Feldstein commented. Gwyneth Paltrow was shocked by the news. “NO F’ING WAYYYYYYYY,” she wrote. Selena Gomez, who is Jen’s longtime pal and an avid Friends fan, commented, “NO ONE TALK TO ME. IM NOT OK.” (We feel the exact same, Selena.) 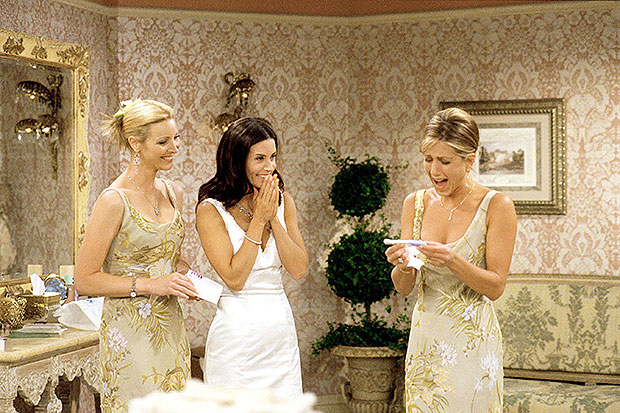 The one where Rachel finds out she’s pregnant! (Everett Collection)

The cast has also been incredibly stoked for the upcoming reunion special. Before the HBO Max reunion special, the cast’s biggest (and only) TV reunion was in 2016 when they honored James Burrows, who directed several episodes of the series. Even after all these years, the Friends cast is still close. “It’s going to be great,” Courteney said on the web series Hiking With Kevin. “We really haven’t done that where we’ve all sat there and talked about and reminisced about this incredible experience we had. It’s going to be fantastic.”

Despite the delays, Jennifer knows the reunion is going to be epic. “It’s going to be super,” Jennifer told Deadline in August 2020. “You know what? This has also given us more time to make it even more exciting and more fun than it would have been. So I choose to see it as the glass is half-full that it got postponed. Look, we’re not going anywhere. You’re never going to get rid of Friends, sorry. You’re stuck with us for life guys.” We wouldn’t have it any other way, Jennifer!