Heidi Klum Admits Daughter Leni, 16, Has Been ‘Begging’ To Model For Years: Why She Finally Said Yes

Like mother, like daughter! Heidi Klum’s 16-year-old mini-me, Leni wants to follow in her mom’s modeling footsteps. In a new interview, Heidi gushed over her daughter’s recent runway debut!

Heidi Klum is in awe over her daughter’s modeling chops at just 16-years-old. The supermodel, 47, discussed her mimi-me, Leni Klum‘s ability to walk in heels like a pro.  Nonetheless, being an icon in the same industry, Heidi was understandably hesitant about her daughter stepping into the world of modeling.

“She’s been begging me for years, and now her being 16, and I said fine,” Heidi told E!’s Daily Pop during a virtual interview with her America’s Got Talent co-hosts. “She opened German Berlin fashion week,” the model said, recalling Leni’s runway debut earlier this year. 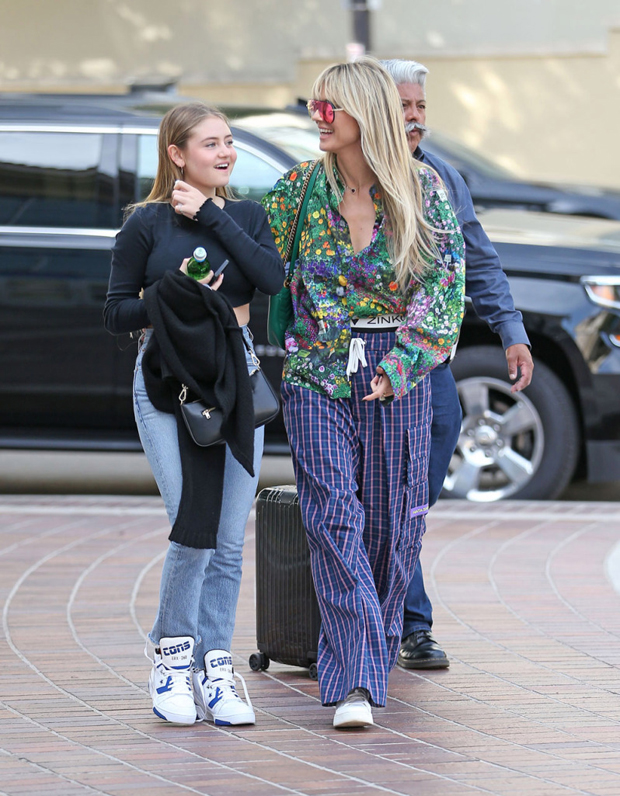 “I’ve seen her walk in heels around the house, but never professionally,” Heidi admitted, explaining, “It’s kind of different when all of a sudden you look at your child like that and you’re like, ‘Wow, who is this?'”

Leni hit the runway in her mom’s native Germany not long after the teenager appeared on the cover of Vogue Germany alongside her mom. “I am sure that an exciting time is waiting for you,” Heidi wrote on Instagram in December, alongside the mother-daughter cover. “Vogue is the best way to start the career you dream of. And even if it is a little difficult for me to let go of you into this world, I will always do everything so that you are happy and that your dreams come true,” she continued, adding, “I am proud to be your mom!”

During the same interview, Heidi’s fellow AGT judges gushed over their own little ones — including Simon Cowell, who said his 7-year-old son Eric already has a knack for music. “He actually has got a genuinely amazing ear for music. And he’s funny and he does impersonations, so maybe it will happen,” Cowell said.

Meanwhile, Howie Mandel boasted about Sofia Vergara‘s 29-year-old Manolo Gonzalez Vergara. “I follow [him] on Instagram… he should have his own show as a chef. He’s amazing!”, Howie said about Manolo, who enjoys cooking and documents his meals and kitchen adventures.

“I taught him everything I knew,” Sofía joked, before admitting, “I bought the things to help him, so that counts.”