How Did Brittany Murphy Die? A Look Back At Her Tragic Death 11 Years Later

More than a decade after her passing, the world still misses Brittany Murphy. As we remember the late ‘Clueless’ star, look back at her legacy and heartbreaking death.

Eleven years after Brittany Murphy’s death, and her passing still has left an impact. Born in Atlanta and raised in California, the woman best known for her star-making performance in Clueless died at the young age of 32 in 2009. Though Brittany died of pneumonia, she was dogged by rumors of drug use and eating disorders in the lead-up to her death, which only muddied the nature surrounding her untimely passing. However, it’s clear that the world lost a shining talent with her passing.

How Brittany Murphy Passed Away

Brittany Anne Murphy-Monjack died on December 20, 2009. The young actress had collapsed in the bathroom of her Hollywood Hills mansion around 8 a.m., according to The Hollywood Reporter’s detailed account of her final hours. The Clueless star was rushed to Cedars-Sinai Medical Center, but it was all in vain. She was pronounced dead at 10:04 am, according to The New York Times. At first, an assistant chief coroner for Los Angeles County said that her cause of death “appears to be natural,” but no more information was immediately available. An autopsy was performed a day after she died, and her death certificate listed her cause of death as “deferred.”

At the time of Murphy’s death, the actress was actually taking care of her mother, Sharon Murphy, and her husband, Simon Monjack. Sharon, a breast cancer survivor, was suffering a debilitating neuropathy, according to The Hollywood Reporter’s detailed account of Brittany’s last day. Simon – a screenwriter who had been suffering seizures for nearly a year before Brittany’s death – was recuperating from suffering an apparent heart attack a month earlier. 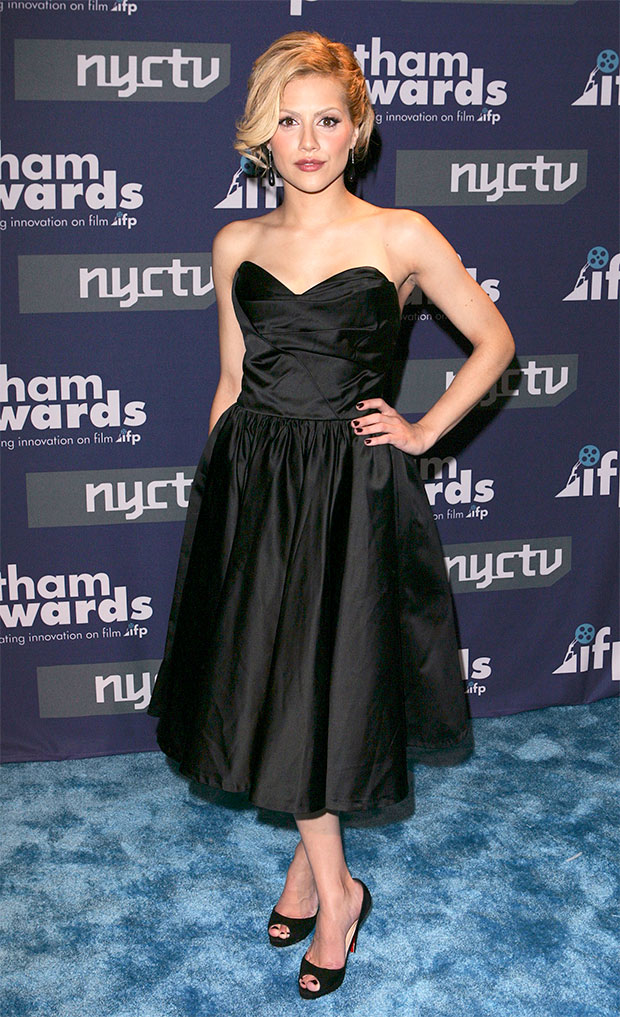 Around 3 a.m., Brittany woke and made her way to her bedroom’s balcony. Simon, at his wife’s request, phoned her mother to check on the actress.  “She was lying on the patio trying to catch her breath,” Sharon told The Hollywood Reporter. “I said, ‘Baby, get up.’ She said: ‘Mommy, I can’t catch my breath. Help me. Help me.’” Simon recalled his wife’s panicked pleas. “She said to her mom: ‘I’m dying. I’m going to die. Mommy, I love you.’”

At first, Simon and Sharon didn’t take Brittany’s “dying” claims seriously. “She was always so dramatic,” Sharon said to THR. “I’ve replayed that so many times. She asked if she could use the oxygen, but Simon said her heart could stop with oxygen, and anyway, he then had another seizure, a long, horrific seizure.” She made her daughter hot tea with ginger and lemon, but at 8 a.m., Brittany collapsed in her bathroom. 911 was called, and Brittany was rushed to the hospital where she would sadly die.

It would take a few months before the mystery around Brittany’s tragic death was solved. Amid speculation of foul play and a potential overdose, the Los Angeles County Coroner’s office issued a statement on Feb. 4, 2010, stating that Brittany died of “community-acquired pneumonia,” with “contributing factors of iron deficiency anemia” and multiple drug intoxication, per The New York Times. A spokesperson for the office said that the drugs were all prescription drugs but didn’t specify what they were. She reportedly contracted the flu while filming The Caller, a low-budget thriller, in Puerto Rico. 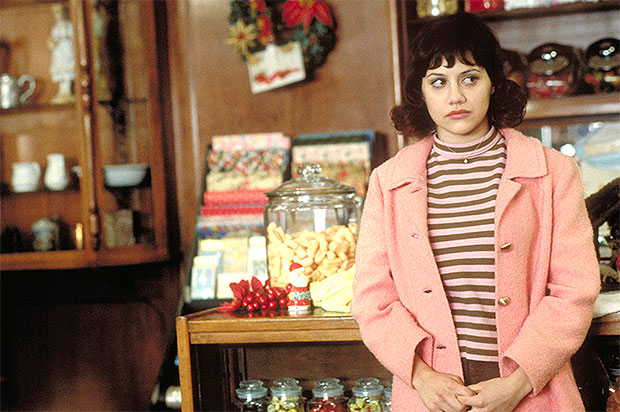 Simon also died from acute pneumonia and anemia, a mere five months after Brittany’s death. This only added to the speculation that Brittany’s death resulted from foul play. In 2013, Brittany’s father, Angelo Bertolotti, had his daughter’s hair, blood, and tissue tested by an independent company. This toxicology report, by toxicologist Ernest Lykissa, claimed Brittany had high concentrations of ten heavy metals in her system, per CNN. Lykissa wrote that “the only logical explanation would be an exposure to these metals (toxins) administered by a third party perpetrator with likely criminal intent,” but Dr. Bruce Goldberg, the then-director of forensic medicine at the University of Florida, dismissed the report as “ridiculous.”

Concluding that Brittany was allegedly poisoned is an “inflammatory statement” that “is a baseless allegation and outrageous statement to make based on a single hair test,” Dr. Goldberg told CNN. Brittany’s autopsy showed no signs of poisoning, and a “hair test alone, without any clinical signs or symptoms, cannot be used to establish poisoning.”

Brittany was buried at the Forest Lawn cemetery in Hollywood Hills.

Brittany Murphy: How She Rose To Fame

As an actress, Brittany Murphy got her start when she was a teen. The 13-year-old Brittany landed her first recurring role in the 1991 short-lived sitcom, Drexell’s Class. From there, Brittany appeared on a handful of classic ‘90s TV shows like Parker Lewis Can’t Lose, Blossom, Sister, Sister, Party Of Five, and Boy Meets World. Her breakthrough came on the silver screen when she starred opposite Alicia Silverstone in Clueless.

Brittany’s career took off after that, and she landed roles in Freeway (with Reese Witherspoon and Keifer Sutherland), Girl, Interrupted (with Angelina Jolie and Winona Ryder), and Drop Dead Gorgeous (with Kirsten Dunst, Allison Janney, and Amy Adams.) Brittany also voiced the character of Luanne on the beloved animated sitcom King of the Hill. 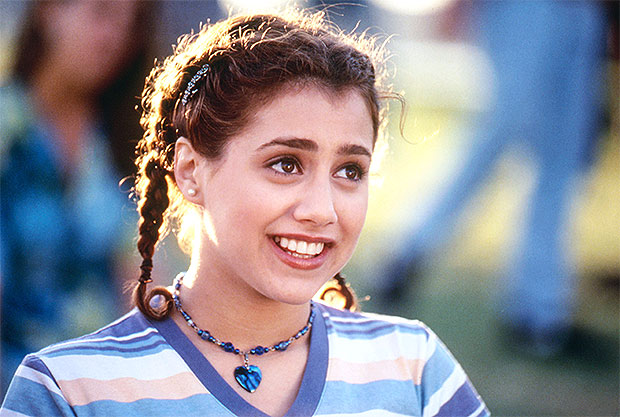 In the 2000s, Brittany’s career continued to climb with featured roles in 8 Mile, Sin City, and Just Married, with Ashton Kutcher. She and Ashton dated for six months after the film. Unfortunately, her career slowed, and she was dogged by allegations of illegal drug use and eating disorders, per The Independent. She said in 2005 that reports of her using cocaine were “pretty darned far-fetched.” “I am also way too high-strung. I can’t even take a Sudafed. Can you imagine? My God. I think my heart would explode. I mean, literally.” 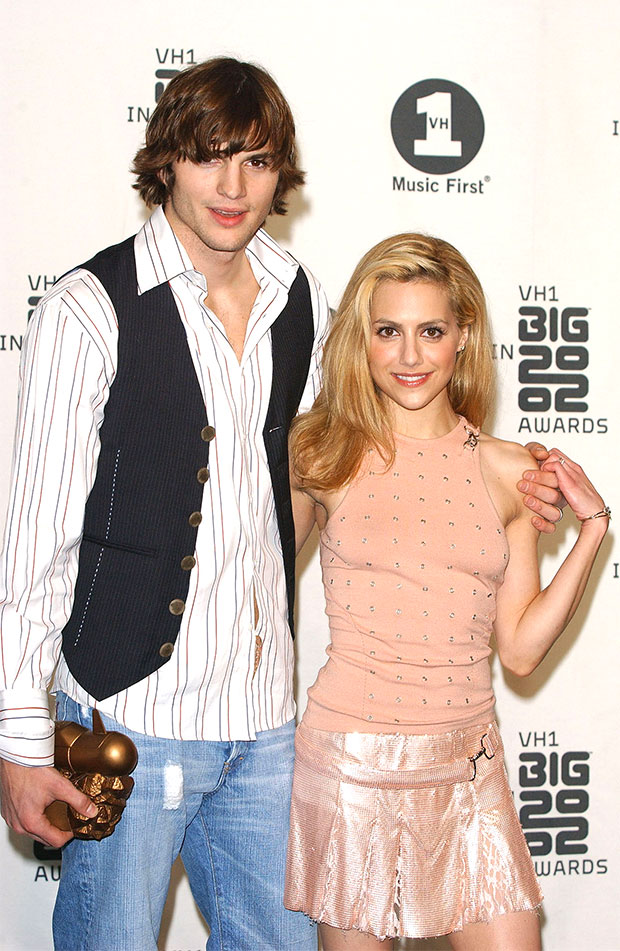 She had been diagnosed with a heart murmur in her early teens, so Brittany knew that using any illegal substances would put her life at risk. Despite this, reports of illegal drug use and being “difficult” to work with appeared throughout her career. Ultimately, Brittany’s last roles were posthumous appearances in 2010’s Abandoned and 2014’s Something Wicked.

In addition to her marriage with Simon Monjack and short courtship with Ashton Kutcher, Brittany was briefly engaged with talent manager Jeff Kwatinetz.

Brittany’s death was mourned by many of her friends and former coworkers. “Today, the world lost a little piece of sunshine,” Ashton Kutcher tweeted at the time. “My deepest condolences go out to Brittany’s family, her husband, and her amazing mother, Sharon. See you on the other side, kid.”

“Brittney Murphy and I did a USO Tour together in 2003,” tweeted Alyssa Milano, per Access Hollywood. “She was a sweet soul, with a lot of talent and heart.” Lindsay Lohan also tweeted her deepest condolences to “all of Brittany Murphy’s loved ones& may she rest in peace… She was a great talent w/a beautiful soul xo.” Whoopi Goldberg, who appeared in Girl, Interrupted with Brittany, said, “It is a terrible loss for us as actors and to the industry but even greater for her family. My thoughts and prayers are with them.”

“Brittany Murphy was like no other,” Kathy Najimy, Brittany’s co-star on King of the Hill, said in a statement. “A bright light. Never a mean or judgmental word, wildly fun, silly, loyal friend. Sweet, funny, smart, unbelievably talented actress and singer. Brilliant, moving body of work. I was lucky enough to know, love, and work with her for 15 years. Love to her family and the many many people who adored her and were touched by her. We hope that in honor of her life and in the reflection of her glorious light, the pressures that girls and women face will fade. Her spirit still soars.” 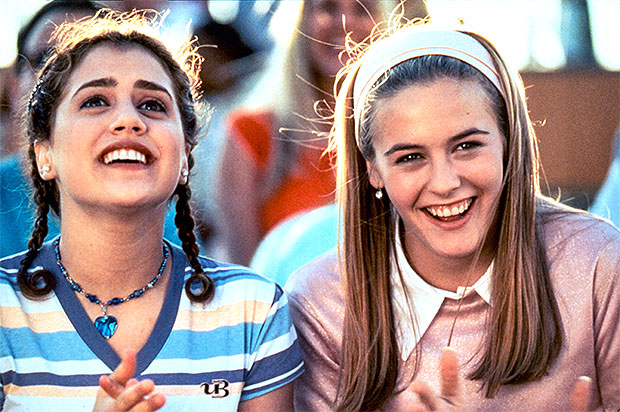 “Brittany Murphy was an incredible ray of Light to so many people. Her smile was contagious,” tweeted Jessica Simpson. “My prayers are with her family and loved ones.” “Wow, I am shocked about the news! RIP Brittany Murphy. My heart goes out to you and your family,” Dancing with the Stars’ Cheryl Burke tweeted.

“[Brittany] was such a sweetheart,” Elisa Donovan said to HollywoodLife in July 2020. “She was like a hummingbird, kind of always operating at this very high, speedy sort of level. She was so sweet and so talented. “I had spent a lot of time in hair and makeup, so I remember her coming in once in between shots and just saying, ‘Oh, I’m just going to fix my own hair. I’m going to do it.’ And her curling it and burning her forehead and then it became this whole thing where she would be like, ‘I’m so sorry I didn’t mean to!’ It was kind of this fumbling funny moment because she went, ‘I can do it myself,’ because she didn’t want to bug them.”

On the tenth anniversary of Brittany’s death, her Clueless castmate Breckin Meyer paid tribute to his close friend. “10 years ago, this magical, fantabulous angel left us WAY too early. “She was so crazy talented and the sweetest lil fairy ya ever could meet. Full Disclosure: Travis kisses Tai on the head because Brit and I knew each other for years before Clueless, and she was always like a Lil sister to me.”