How Macy Gray Transformed The Pain Of 2020 Into A Beautiful Love Song: It Was ‘Such A Heavy Time’

The singer talks about the inspiration behind her new single, mental health, and helping families of victims of police shootings grieve.

Macy Gray is back with a new single and, while it wasn’t inspired by the COVID-19 pandemic, “Thinking Of You” definitely references this new version of reality that we’re all living in. “That was such a heavy time,” the 53-year-old said about the pandemic that started last year and has spilled into 2021. “I think you’re going to get references in everybody’s music about that.

“[There are] lines in there that talk about…’So much to know, so much to care about.’ And that’s just from watching the news. You get overwhelmed by all the things you are supposed to be fighting for. Too much to fight for sometimes.” 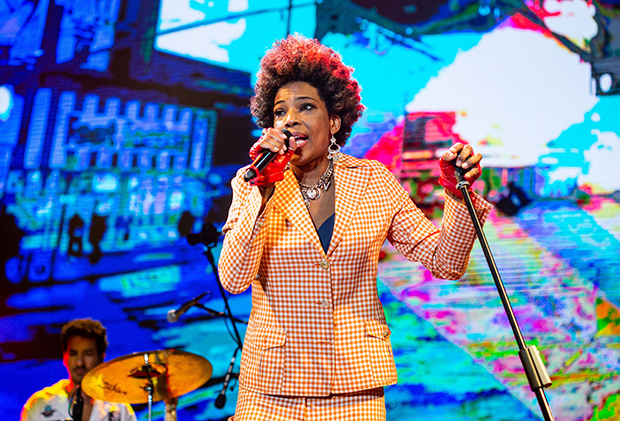 Macy Gray wrote her new song, ‘Thinking Of You,’ during the COVID-19 pandemic. (Roberto Finizio/Shutterstock)

At its core, Macy tells HollywoodLife, the ballad – which has a slow groove and old school vibe – is a love song. Or, as she suggests, “Thinking Of You” makes you “want to have some sex, get some alcohol in your system.”

Like millions of people, the pandemic hit the pause button on Macy’s career. She spent that time of collective lockdown doing what many of her fans did – cooking, binge-watching TV, gaining weight and connecting with family.

“My mother was here. She got stuck here. She was visiting and she couldn’t go home. So I learned how to season chicken really well. That’s her expertise,” says Macy, who admits that she gained 30 pounds. “We all learned a lot. I mean it was different. Of course I hung out with my family a lot more but, I’ll be honest, mostly I watched a lot of movies and slept.” 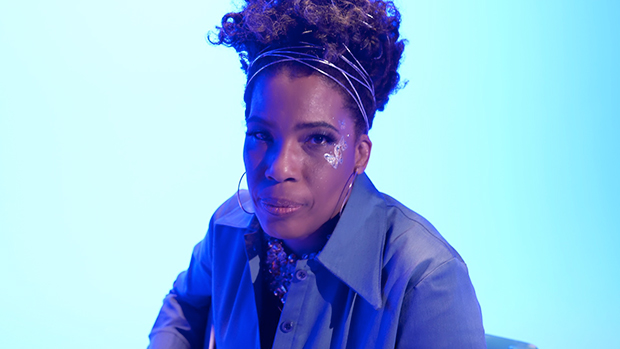 Macy in a scene from the ‘Thinking Of You’ music video. (Guido Gallo Fabris)

Macy seems to be selling herself short because, in the midst of all that, she also found time for activism and philanthropy. While the world erupted into protests and riots following a string of police killings of unarmed African-Americans, the singer was working behind the scenes offering emotional and financial support to their families. Her vehicle was My Good, a non-profit that she started in 2018, but put into action last summer.

“We support families who lose loved ones due to police violence,” Macy says. “A lot of people don’t think about the aftermath. You get caught up in the politics and the marching and who’s wrong and who’s right. But behind the scenes, there’s a mom and a dad and sisters and brothers who have lost someone so suddenly and tragically and they’re suffering.

“You hear about all these big settlements but 99 percent of the families never get anything and, when they do, it takes years. In the meantime, you have funeral costs, you have legal fees. Mental health is…what we support the most. We literally pay for therapy and help people.”

The pain is real and you can hear it in Macy’s voice. Behind the names on the placards are families who, years later, are still reeling from their loss. “I remember talking to Sandra Bland’s sister. She couldn’t work anymore,” Macy says of the sibling of the African-American woman who died in a Texas jail in 2015 after being arrested for a minor traffic violation. “She laid in bed for two years because she felt guilty that she wasn’t there, because Sandra had asked her to come bail her out and she said she’d have the money by the end of the week and Sandra was…gone before she got there.” 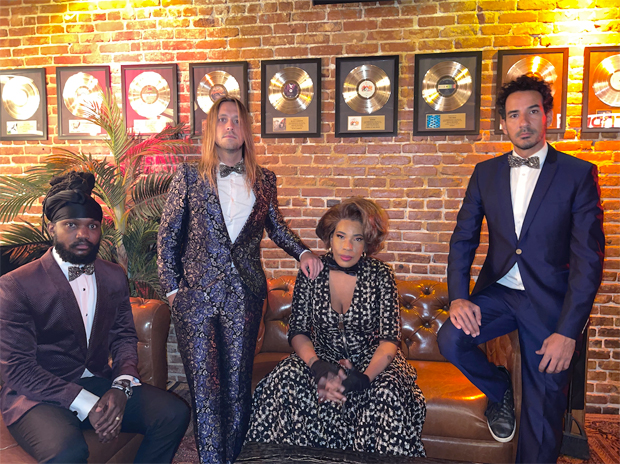 Macy rolling up her sleeves and trying to help a grieving relative navigate health insurance to connect with a therapist is indicative of a woman who believes that society needs to talk more openly about mental health. “You’re kind of socialized to hide it,” says the singer who has bipolar disorder. “And the thing is, it’s mental so nobody really sees it. So, they don’t know how to treat you or how to help you.

“If you break your leg, people help you walk. They will go get things for you because they know you have an issue, but when you have mental issues you can’t see them. So, unless you talk about them, then no one knows what to do.”

“It’s nothing to be ashamed of,” she adds. “It’s just a thing. Your brain isn’t working temporarily.” When it comes to treatment and self-care Macy admits that, while depression and mania are both “debilitating,” “therapy is crucial.” “Therapy is really important to try to sort yourself out,” she says. “At least you can understand what you’re going through because, if you understand it then maybe you can adjust and do better.”

For now, Macy is channeling her attention into getting back to work and promoting her upcoming album, The Reset. That includes exercising so that she can lose the pandemic pounds. “If I wasn’t on TV I’d be 300 pounds,” she jokes, “because I love eating. I wouldn’t even care. I’d be fat and happy.” “Thinking Of You” by Macy Gray and the California Jet Club is out now.