After her time in France with new beau Kanye West, Irina Shayk stepped out in NYC looking sleek in a black jumpsuit!

After her whirlwind romantic few days in Provence, France with her reported new boyfriend Kanye West, Irina Shayk stepped out on the streets of New York City in a sleek black jumpsuit. Despite the scorching heat, Irina opted for a long jumpsuit with quarter-length sleeves. She had the front opened up with a black triangle bra peeking through. The top model accessorized with square-framed black sunglasses and a pair of simple black loafers.

Irina looked like she had places to be, as she didn’t crack a smile and looked straight ahead while paparazzi snapped her solo outing. The 35-year-old returned home from her French adventure with the “Fade” rapper, and was photographed deplaning a private aircraft alongside her new man. Coincidentally, her ex, Bradley Cooper, was photographed carrying their daughter Lea, 4, around the city yesterday, as well. 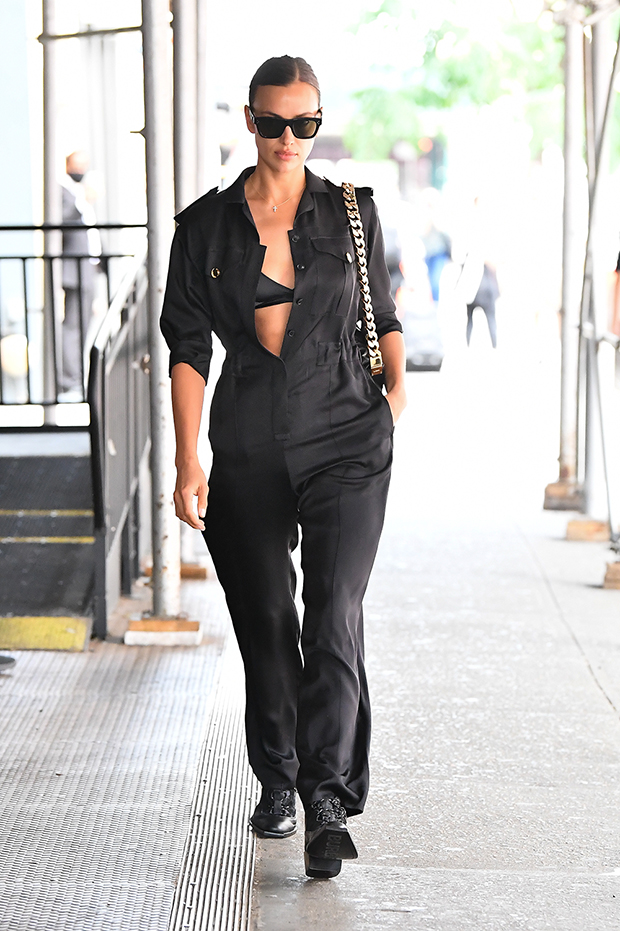 Irina Shayk is spotted in NYC on June 10th for the first time since her trip to France with Kanye West. (Robert O’Neil / SplashNews.com)

News of Irina and Kanye’s budding romance broke yesterday, via TMZ, which revealed the two are “100% romantically involved.” While the news may be new to the public, the two might have been linked for much longer than just this past weekend! Irina was spotted rocking  an oversized shirt that honored the late DMX back in April. The shirt was created by Balenciaga and created to raise money for the late rapper’s family, but was commissioned by Kanye’s Yeezy brand, which raised $1 million for DMX’s loved ones.

Interestingly, when the model was seen wearing the tribute shirt, it was just two days after they went on sale. The general public who ordered their DMX shirts wouldn’t have even received them by the time Irina was wearing it — so she clearly someone on the inside to help her get her hands on the clothing earlier! Ye was in NYC that weekend and very well could have given the shirt to his new girlfriend — which is what fans are thinking definitely happened here! 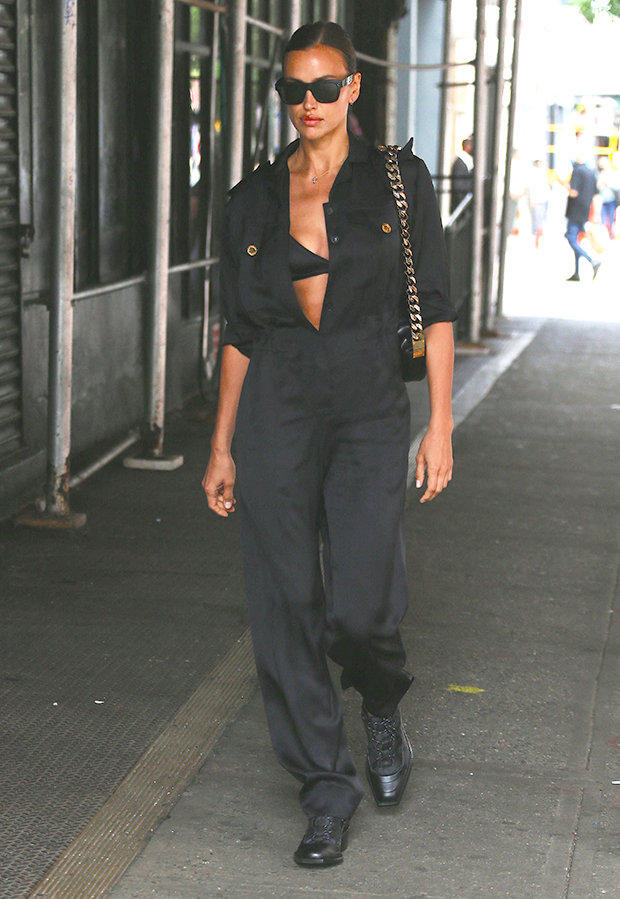 Irina Shayk looked serious and stern as she was photographed in NYC on June 10th. (Robert O’Neil / SplashNews.com)

Irina and Kanye reportedly ventured to France to celebrate the rappers 44th birthday, and enjoyed a few days at a luxury hotel with close friends. “They have known each other professionally for years. He started pursuing her a few weeks ago. Kanye is a persuasive guy,” a source relayed to People about their new relationship. “He hung out with her in NYC before they celebrated his birthday in France.”