John Cena, 43, Shows Off Muscles In Tight T-Shirt 4 Months After Getting Married

John Cena was spotted looking incredibly fit while getting out of a vehicle and going to a training session in Vancouver during a day off from filming his upcoming series ‘Peacemaker’.

John Cena, 43, was looking incredibly buff during his latest public outing! The wrestler was photographed while getting out of a vehicle in Vancouver, Canada on Feb. 21 as he headed to a training session in a tight white T-shirt and black shorts. His arm and leg muscles were on full display as he held a cup of a warm beverage and wore a black face mask. 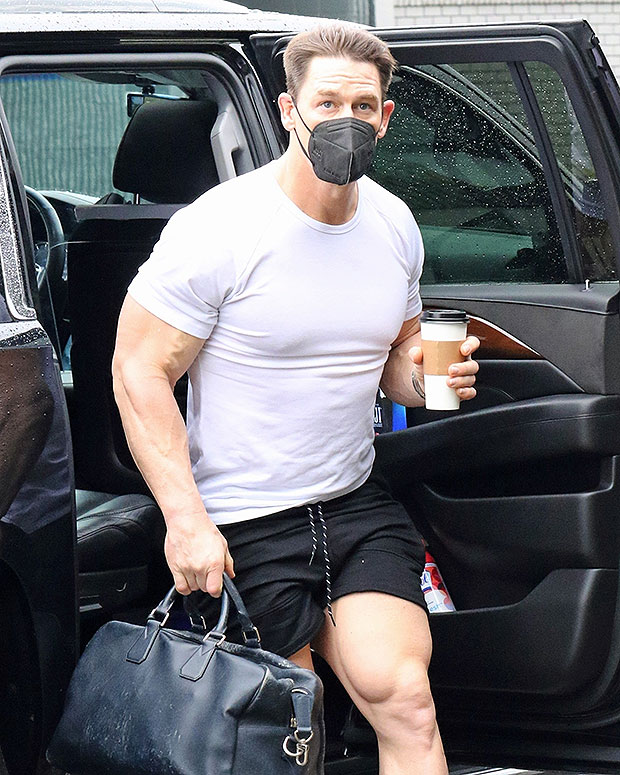 John Cena showing off his muscles in a white T-shirt while going to a training session. (Backgrid)

John was also holding a black bag and wearing white socks and black sneakers. He looked relaxed as he walked on the wet pavement from the rain and his brown locks were short like he usually keeps them. 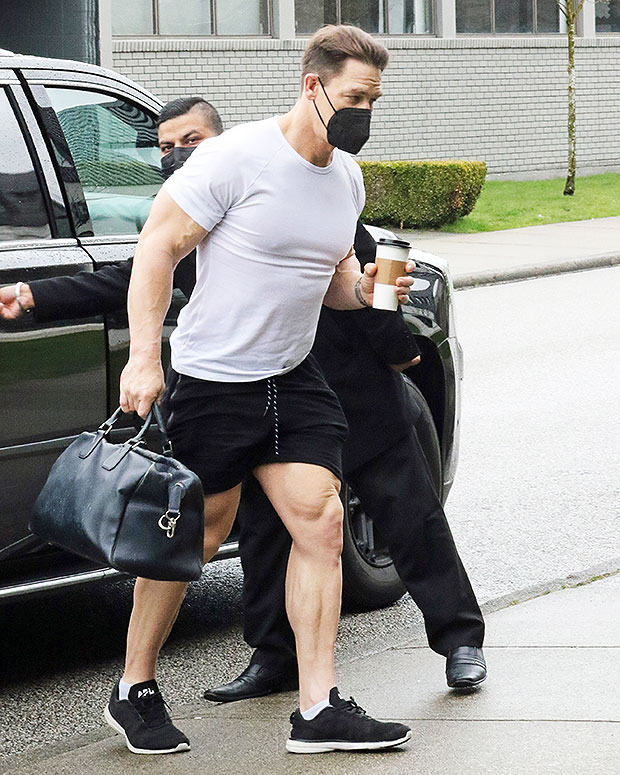 The outing comes at the same time John has been filming his upcoming series Peacemaker. It’s an HBO Max spinoff in which he will play the character from The Suicide Squad movie, which will be released on Aug. 6. News of the new spinoff was announced back in Sept. and will explore the origins of the character, who’s known as Peacemaker (real name: Christopher Smith), a ruthless killer who believes in achieving peace no matter the cost.

In addition to a booming career, John has been enjoying a great personal life. He shocked everyone when he married Shay Shariatzadeh last year. The lovebirds got hitched in a private Florida ceremony on Oct. 12 without previously announcing any engagement. Their whirlwind romance started in March 2019 and that month,they were first spotted enjoying a dinner together that reportedly lasted four hours in Vancouver.

After their first date, they were seen on multiple occasions and weren’t afraid to show off PDA whenever they felt like it. One outing included them passionately kissing at a San Diego airport in Apr. 2019 and their red carpet debut happened that Oct. at the premiere of John’s film Playing With Fire. John also gushed over his lady love as well as the film to a reporter at the latter event.

“What’s truly special about this one is that, no matter what projects I’m involved in the future, this one will always have a special meaning because I got to film a special project and meet someone special,” he told Entertainment Tonight.