Justin Bieber and Hailey Baldwin just took their love for ‘Friends’ to a whole new level! The singer shared a new photo of couple sporting ‘Friends’-themed ‘Hubby’ and Wifey’ sweatshirts — and it’s the cutest thing you’ll see all day!

As if we couldn’t adore Justin Bieber and Hailey Baldwin any more! The duo donned matching sweatshirts in a new photo the “Anyone” singer, 26, shared to Instagram on February 22. Justin and Hailey’s crewnecks included “Hubby” and Wifey” on the front, in the same style and font as the iconic Friends logo. JB looked at the camera with a slight grin, while the Ivy Park X Adidas model, 24, who posed with her eyes shut and a smile on her face, curled her head into her shoulder.

The sweatshirts were a gift from the couple’s good friend, videographer and photographer to the stars Alfredo Flores, Justin revealed in his caption on Instagram. Flores, who’s worked with the singer on a number of occasions, has also collaborated with Ariana Grande, Rihanna and more.

Some of Justin and Hailey’s celebrity friends joined the thousands of fans who gushed over the pair in the comments. “This is stupid cute,” Demi Lovato wrote, while Kenny Hamilton added two red heart emojis. 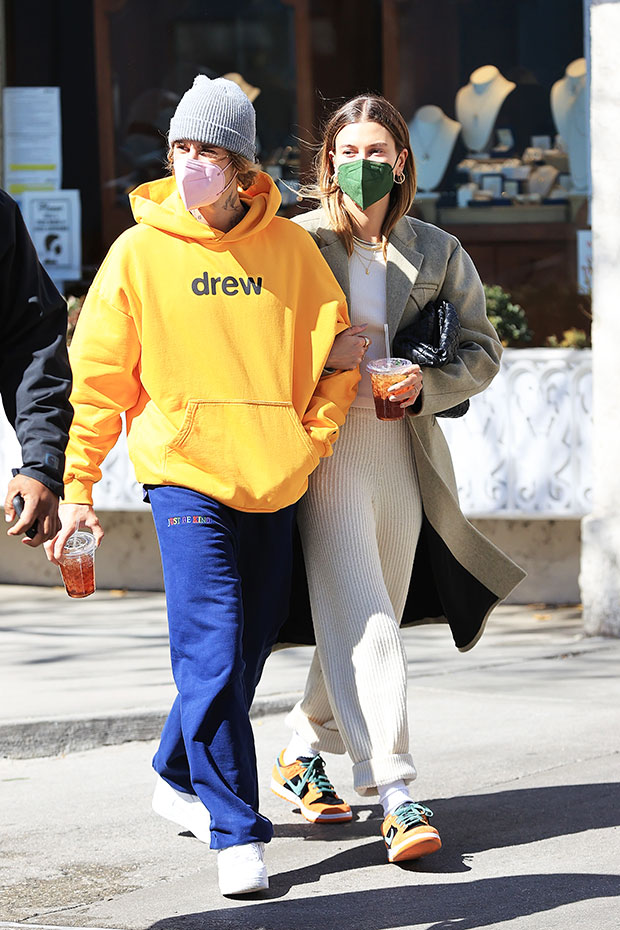 Justin and Hailey’s love is well documented — from their separate social media accounts, to the singer’s music, some of which is inspired by his wife. In late January, the Grammy-winner released the music video for this latest track, “Anyone”, which featured intimate moments between the couple. The black-and-white short film included stunning shots of his wife, along with throwback clips from their cross-country road trip they took amid the COVID-19 pandemic.