After Justin Bieber debuted one controversial hairstyle, he unveiled ‘another one’ for the video for his latest collab with DJ Khaled by putting his deadlocks into pigtails.

“Khaled Khaled, out now on all platforms,” DJ Khaled said in an Instagram story that was captured by a Justin Bieber fan account. The video was taken during what appeared to be the video shoot for “Let It Go,” the Khaled Khaled track that features Justin, 27, and 21 Savage. Justin himself popped into the IG story, showing how he had his new dreadlocks put up into pigtails. Justin sang a line from the song (“Sometimes it’s sunny, but sometimes it don’t shine / it don’t shine”) before they all went back to work.

Justin also filled his Instagram with behind-the-scenes shots of this golf-themed music video. There were many shots in golf carts, one photo of Justin mid-swing, and a few pics of all three of them – Khaled, 21 Savage, and Justin – together. One photo, a shot of Justin’s Doug Gilmour Toronto Maple Leafs jersey, showed Justin’s pigtails in full bloom. “Thank you for twisting me up, @Bri_unique,” Justin said, crediting the hairstylist for his new ‘do.

Along with the photos, Justin posted a video of Justin using his putter as a pool cue in hopes of sinking a putt. “21 got money, but I got more,” said DJ Khaled, who was, for some reason, on his hands and knees next to Biebs. “I got more. Stay focus,” said Khaled, which had the opposite effect. Justin couldn’t help but smile and laugh, prompting the director to call for another take.

Obviously, Justin has brushed off the criticism over his controversial hairstyle. The “Lonely” singer debuted the look in late April while he and his wife Hailey Bieber (née Baldwin) were on vacation. “What happened to your hair, darling?” asked one concerned fan. The following day, Justin put his hair up into a man bun, and then on Apr. 28, he completed the trifecta by posing shirtless to show off his extensive collection of tattoos, his facial hair, and growing dreads. 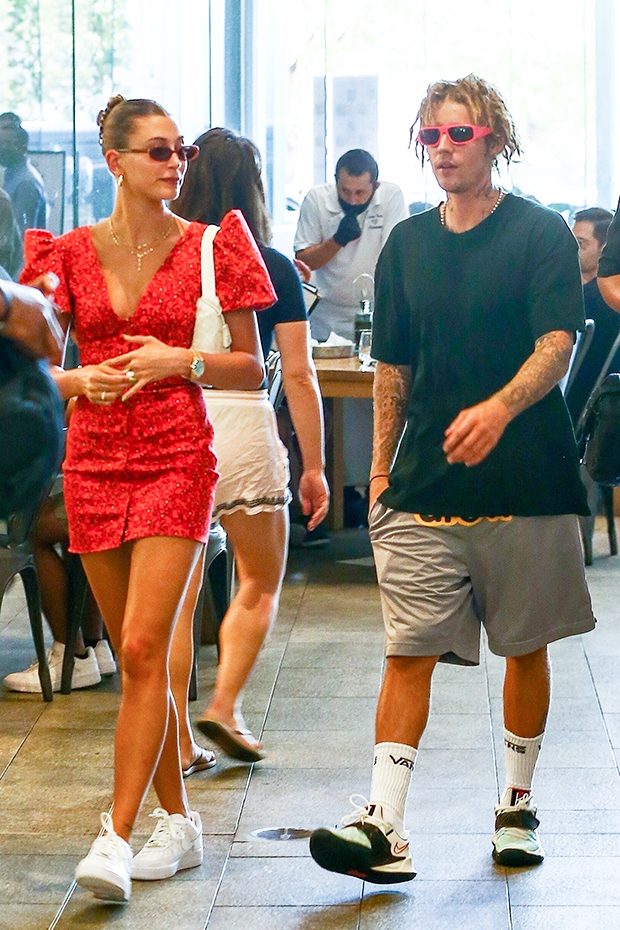 This is not the first time that Justin has put his hair up in dreads. He busted out the look in 2016 before shaving his head clean. Justin was also accused of “cultural appropriation” then, and he responded with a video that mocked his haters. “‘I love you, Justin, but that’s like my least favorite hairstyle of yours,’” he said in a sarcastic voice while mimicking one of his fans. Justin would caption the video with, “Being weird is fun’ if u r not weird I don’t like you.”