Kailyn Lowry revealed what conclusion she came to after entertaining the thought of leaving ‘Teen Mom 2’ in an EXCLUSIVE interview. The MTV star also teased ‘good drama’ in the upcoming season!

“I would be lying if I said I never thought about walking away,” Kailyn Lowry EXCLUSIVELY told Hollywoodlife while discussing her future on Teen Mom 2, which is premiering a new season on May 4. Kailyn has been showcasing her journey as a mother on the MTV show since 2011, and on top of that, appeared on 16 and Pregnant at just 17 years old. Given such a history with the show, could Kailyn actually walk away, like she had considered doing? 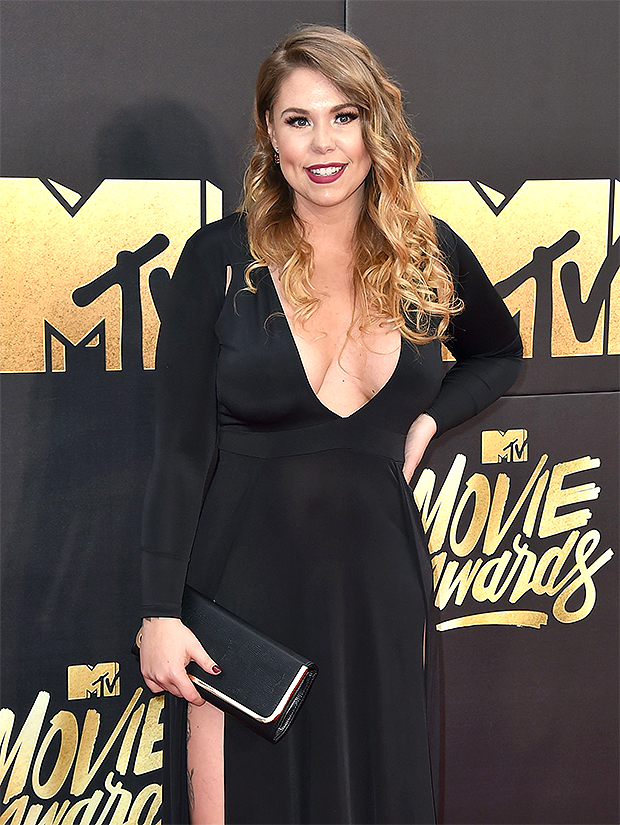 Kailyn Lowry described the upcoming season of Teen Mom 2, premiering on May 4, as “chaotic.” [Shutterstock]“But you know, it all goes back to the fact that I just feel like this is such a unique opportunity that I just don’t know if I would ever really be able to execute, you know what I mean?,” Kailyn then said. So, you can breathe a sigh of relief — Kailyn’s not leaving, at least not right now. However, she did admit to entertaining the thought after saying that the upcoming season wasn’t exactly smooth sailing.

Kailyn described Season 11 as “chaotic” (and also “bittersweet” and “business”). The reality television star recalled her biggest challenge this forthcoming season was “deciding whether or not to move back to Dover and kind of starting over.” Kailyn had moved from Dover to Middletown, another town in Delaware, to be closer to her ex Chris Lopez (whom she shares her sons Lux, 3, and Creed, 9 months, with). However, she did experience some “good drama” this season — and explained what that meant.

Growing up, glo’ing up, and getting through it! The moms are blossoming—with a fresh addition. 🌱 Spring into new episodes of #TeenMom2 Tuesday, May 4th on @MTV! 🌼 pic.twitter.com/pcsUamRI31

“There’s obviously some drama with me moving, I think that there may be some good drama for me in that, you know, balancing motherhood and really getting into other business opportunities. So that for me, I feel like is good drama that I don’t feel like I’ve had throughout the seasons as much,” Kailyn told HollywoodLife, adding, “So I’m excited for people to see that side of me.”

The mother of four got on the subject of departing the show after her longtime co-star, Chelsea Houska, did just that in Oct. 2020 after 10 seasons on the show. “I definitely miss her and having conversations about this show and stuff, but we still talk about other things. And I, I do understand like, where she was at, and why she left,” Kailyn told HollywoodLife. “So, I definitely don’t fault her for that. But obviously, I’m going to miss her. But I’m so excited to see what kind of projects she works on in the future.”