Forget Angelina Jolie and Billy Bob Thornton. Machine Gun Kelly has a necklace containing Megan Fox’s blood, and he explained how this creepy – and romantic? – jewelry came to be.

Three months after Machine Gun Kelly made the startling admission that he wears a necklace containing Megan Fox’s blood around his neck, Ellen DeGeneres demanded some answers from the 31-year-old rapper/pop-pop punker. “Well, she was actually going out of town to film a movie,” said Kelly during his visit on Wednesday’s (May 12) episode of The Ellen DeGeneres Show, “and this was really new in our relationship – I didn’t have a passport either, so she was going out to Bulgaria. And so, I was freaking out. Like, ‘oh, you’re going to leave, and I can’t come see you, or whatever.’” So, apparently, Megan decided the best way to prove she was serious was to open up and bleed.

“Some people gave a handkerchief to their partner. She gave me her DNA,” said MGK. As for the issue regarding his passport (which, if you think about it, is more outrageous than him having a jewel with a drop of Megan’s blood), don’t worry. MGK, aka Colson Baker, got it resolved…with some help from an unlikely source. “I did – you know who helped me get a passport? Bernie Sanders. Thank you so much – I haven’t even talked to him since it happened. Thank you to the Bernie Sanders team. I made it to Bulgaria, and my relationship is going strong.” 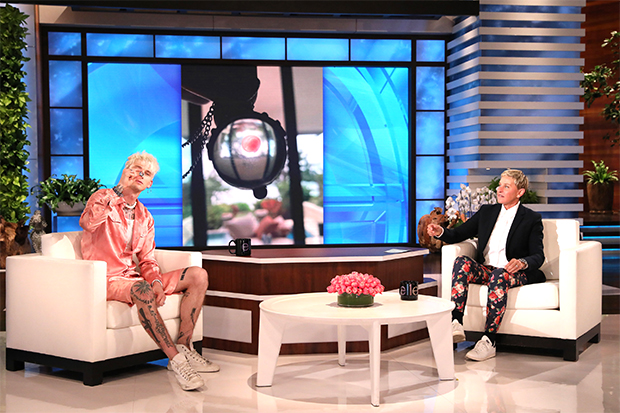 So, the interview solved the riddle of why MGK has Megan’s blood….but now, how did Vermont Senator (and former potential Democratic presidential nominee) Bernie Sanders get MGK a passport? Does this mean we can expect a Bernie feature on Colson’s next pop-punk song? Will Colson remix Bernie’s 1987 folk music/spoken word album We Shall Overcome – which is a real thing — for his next rap release?

The issue regarding blood came on Valentine’s Day when MGK posted a pair of pictures to his Instagram. The first picture was one of him next to the 34-year-old actress, and the second was that of the aforementioned necklace. “I wear your blood around my neck,” he captioned the pics, along with a knife and “drop of blood” emoji. Many of the fans thought it was romantic, but one pointed out, “you’re the Angelina [Jolie] and Billy Bob [Thornton] of 2021!” 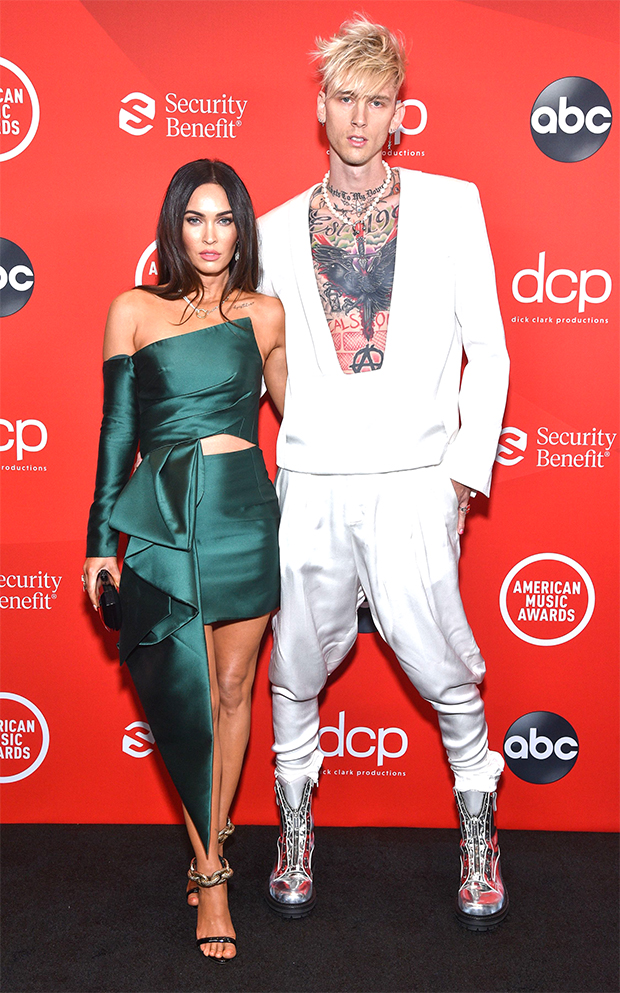 Are these the ‘Angelina and Billy Bob of 2021’? (Shutterstock)

For those who may not remember – and further proof that everything is old is new again, and that the spirit of the late 90s is alive and well in the new millennium – Angelina and Billy Bob caused a stir when there were reports that they wore vials of each other’s blood around their necks. “A lot of the things they said about us at the time were exaggerated,” he explained in a 2018 episode of the HFPA In Conversation podcast. “It wasn’t as crazy as people wrote about it.”

“The necklaces were a very simple thing,” he added. “‘Hey, let’s poke our fingers with a pen and smear a little blood on there, and when we’re away from each other, we’ll wear the necklace.’ It was that easy. But by the time it came out in the press, it sounded like we were wearing a bucket of blood around our necks.”