Sabrina Carpenter Seemingly Responds To Olivia Rodrigo On New Song: ‘Maybe Blonde Was The Only Rhyme’

It’s Sabrina Carpenter’s turn to tell her ‘side.’ After fans theorized that Olivia Rodrigo’s ‘Drivers License’ was about Joshua Bassett and Sabrina, fans believe the Disney star clapped back in her new song ‘Skin.’

With Olivia Rodrigo’s “Drivers License” smashing all sorts of streaming records, Sabrina Carpenter – one-third of the rumored love triangle behind “Driver’s License” – has issued a song of her own. Amid speculation that Olivia’s breakup ballad was directed at her High School Musical: The Musical: The Series co-star Joshua Bassett, after he was spotted hanging out with Sabrina, the 21-year-old Girl Meets World starlet released a song called “Skin” in which she boldly sings, “But you be tellin’ your side, so I’ll be tellin’ mine.”

While Sabrina never mentions anyone by name, fans naturally interpreted the song to be a direct response to Olivia’s “Driver’s License,” thanks to many tell-tale lyrics. Off the bat, fans noticed that Sabrina sings about a certain someone who used the word “blonde” (in “Driver’s License,” Olivia sang, ‘And you’re probably with that blonde girl’).

Seemingly responding to Olivia’s rumor-sparking lyric, Sabrina sings in her new song, “Maybe we could’ve been friends if I met you in another life / Maybe we could pretend there’s no gravity in the words we write / Maybe you didn’t mean it maybe blonde was the only rhyme.”

SABRINA’S SONG OMG “MAYBE BLONDE WAS THE ONLY RYHME” “YOU CAN TRY TO GET UNDER MY SKIN WHILE HE’S ON MINE” “DON’T DRIVE YOURSELF INSANE” I needed this Sabrina/Joshua/Olivia love triangle drama. Amazing. TRULY. Who’s up next to write the next song?! Balls in ur court josh or liv pic.twitter.com/AHztkqYzXD

The third clue was perhaps the most on-the-nose (to fans, anyway). “Don’t drive yourself insane / It won’t always be this way,” Sabrina sings. Yes, Sabrina said drive — which fans didn’t think was a coincidence, considering that Olivia’s hit song is of course named, “Driver’s License.”

sabrina carpenter’s new song having “maybe blonde was the only rhyme” and “don’t DRIVE yourself insane” ….. pic.twitter.com/SVaVJ5pC2K

“Drivers License” currently sits atop the Billboard Hot 100, as well as the Spotify, Amazon, and iTunes charts. It has amassed over 82 million domestic streams in its first week, shattering Drake‘s record for “God’s Plan.” The success of the Gen Z anthem – described by Stereogum as “prime Spotify-core sadgirl fare” that also has elements of “an old-fashioned power ballad” – is partially due to rumored behind-the-scenes drama. Olivia, 17, stars opposite Joshua, 20, on the High School Musical reboot. Like Zac Efron and Vanessa Hudgens, Olivia and Joshua were rumored to be dating in real life before supposedly breaking it off sometime in 2020 (this has never been confirmed, and was purely speculation). 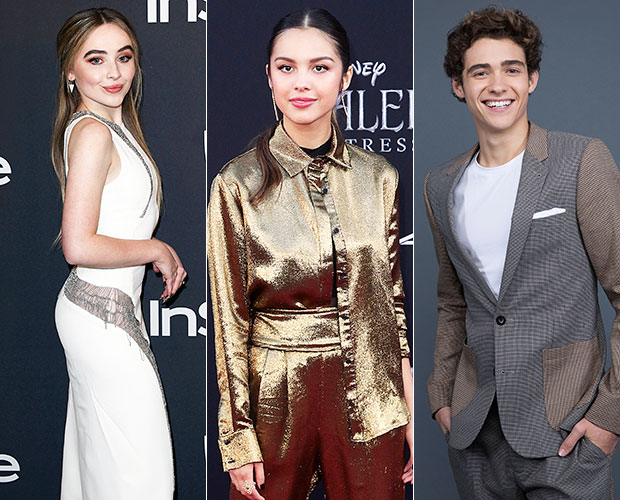 When “Drivers License” dropped, fans scoured the lyrics, and one handful of lines (“And you’re probably with that blonde girl / Who always made me doubt / She’s so much older than me / She’s everything I’m insecure about”) resulted in a lot of chatter. Though “Drivers License” was bound to be a success — it’s a song about loneliness and disappointment following a rite of passage, and a whole generation just lived through a year of COVID-19 — anyone who’s paid attention to the pop charts knows, nothing helps a song be a smash more than some connotation (just ask Justin Bieber, Selena Gomez, Taylor Swift, Fleetwood Mac, Drake, Pusha T, and the countless million other artists who have written songs about another person.)

“I totally understand people’s curiosity with the specifics of who the song’s about and what it’s about, but to me, that’s really the least important part of the song,” Olivia said to Billboard when discussing the lyrical content of her massive hit. “It’s resonating with people because of how emotional it is, and I think everything else is not important. …To see it do really well — to have this really painful moment in my life, and turn it into something beautiful that can maybe help people through a tough time that they’re having, like I was having a tough time — it’s just so empowering. I feel grateful that I got to do that.” 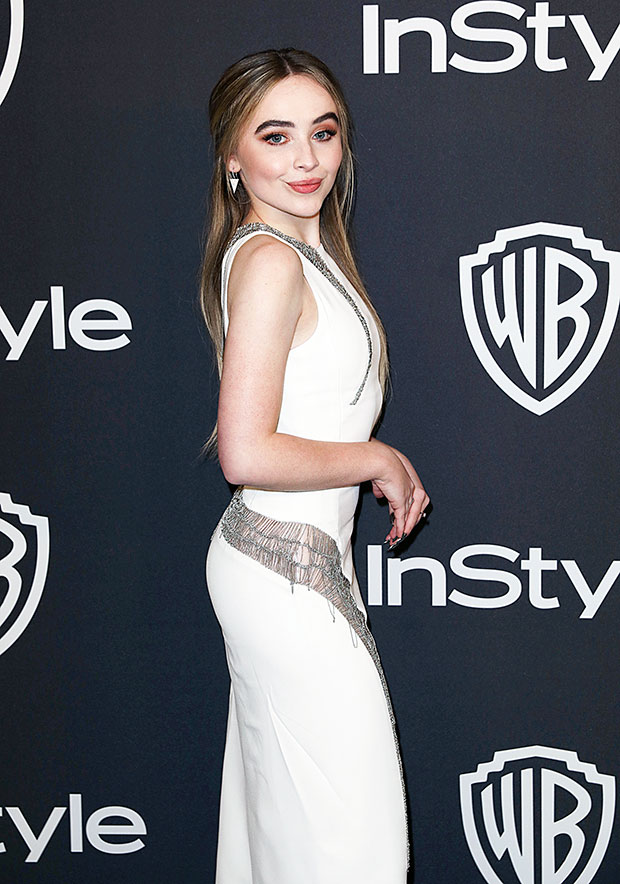 Olivia Rodrigo arrives at the world premiere of “Maleficent: Mistress of Evil” on Monday, Sept. 30, 2019, at the El Capitan Theatre in Los Angeles.

Sabrina’s response comes a week after Joshua released the lead single off his upcoming debut ep, “Lie Lie Lie.” Described as a pop-rock kiss-off anthem, some fans have taken Joshua’s song as a response to “Drivers License.” It’s hard not to interpret it as such, once you’re aware of the alleged drama: “So they told me all the things that you said / Runnin’ all over my name / And you’re acting, oh, so innocent / Like I’m the only one to blame,” he sings at the start of the track.

“I know what you say about me,” he adds on the chorus. “I hope that it makes you happy / You can’t seem to get me off your mind (Get me off your mind) / I know you’re lying through your teeth / You told them the lies that you told me / I’ve had enough of it this time (Had enough this time).” While these lyrics can be seen as a clap back to “Driver’s License,” Joshua revealed that an ex-bestfriend — not an ex-girlfriend — inspired the song.

“I wrote ‘Lie, Lie, Lie’ after I found out a friend had been lying about me behind my back for a long time. It always sucks to hear that someone you thought you could trust would throw you under the bus when it benefits them. It happens to all of us, and I think all you can do is seek out people that build you up rather than tear you down,” the actor wrote on his Instagram Stories, Seventeen reported on Jan. 14.