After seemingly leaving Megan Thee Stallion a flirty comment on her Instagram Live, Shaquille O’Neal is setting the record straight about what he meant with his message.

No, Shaquille O’Neal was not trying to shoot his shot with Megan Thee Stallion when he popped into her Instagram Live and let a comment earlier this month. “This is what happened, America,” Shaq told TMZ in a new video. “I was in there, someone said, ‘What are you doing in here?’ and I typed what I typed. I wasn’t trying to hit on her.”

Megan went on Instagram Live in mid-December and asked her fans in the chat what they were up to. In the chatroom below the video, Shaq replied, “Watching that booty.” Fans immediately went nuts over the seemingly flirty comment, and Shaq’s own son, Shareef, even took notice. Shareef even made an entire TikTok video about the situation, which he captioned, “I feel you pops.”

This new video was the first time that Shaq commented on the incident himself. However, HollywoodLife EXCLUSIVELY reported on Dec. 16 that the basketball star’s message was all in good fun. “Shaq is definitely a fan of Megan, but he isn’t chasing her,” our source explained. “It was just a funny and honest comment because he does appreciate her talents. He got a huge kick out of his son roasting him over it.” 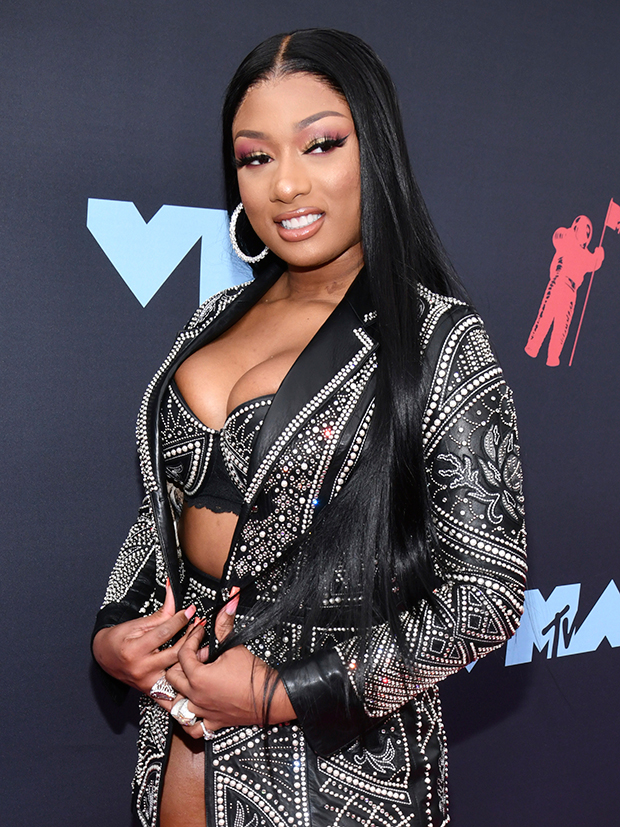 Megan has not commented on the situation herself at this time. Meanwhile, Shaq had NO idea that his simple message would get so much attention. “He thought his response was hysterical and he was cracking up over the situation when he saw it go viral on social media,” our insider added. “Shaq is a jokester through and through.”

Shaq was married to Shaunie O’Neal from 2002 until she filed for divorce in 2009. They had four kids together during their relationship (Shareef is the oldest followed by Amirah, Shaqir, and Me’arah. After the breakup, he dated Nicole “Hoopz” Alexander from 2010 until 2012, and Laticia Rolle from 2014 until 2018.  Shaq also has a daughter, Taahirah, from a previous relationship with Arnetta Yardborough.