‘Succession’ Season 3 Updates: Everything We Know So Far About The Premiere Date, Cast & More

The obsession over ‘Succession’ is still at an all-time high, and Alexander Skarsgård has just joined the cast of season 3. HollywoodLife has rounded up the key updates about his character, filming, and more.

Cue Nicholas Britell’s legendary Succession theme song! Succession season 3 is in the works after quite a delay. Even though we’re approaching 2 years since Succession season 2 premiered, everyone is still talking about Succession. Fans are fully invested in the high-stakes world of the Roy family as they betray one another and make epic power grabs. The hype for season 3 has never been higher, especially in light of Alexander Skarsgård’s casting.

Season 2 ended on one hell of a note: Kendall Roy going off about his father in a live press conference. The world has been waiting to see what happens next. Here’s what we know so far about Succession season 3. 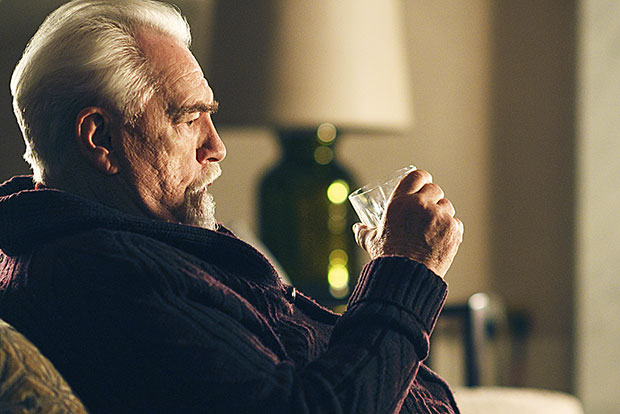 Succession season 3 was supposed to start filming in April 2020 in New York City, but it was postponed indefinitely in March due to the COVID-19 pandemic. HollywoodLife spoke EXCLUSIVELY with Alan Ruck, who plays Connor Roy, in Oct. 2020 and he said that season 3 was expected to start filming “in the middle of November in New York.” The cast and crew have been filming since November 2020 in various locations around New York City.

What Will Happen In Season 3?

Details about season 3 have been kept very under wraps, given how season 2 ended. Kendall was supposed to take the blame and leave Waystar-Royco in a move that would show the world that the company is trying to make amends in the wake of the cruise ships scandal coverup. 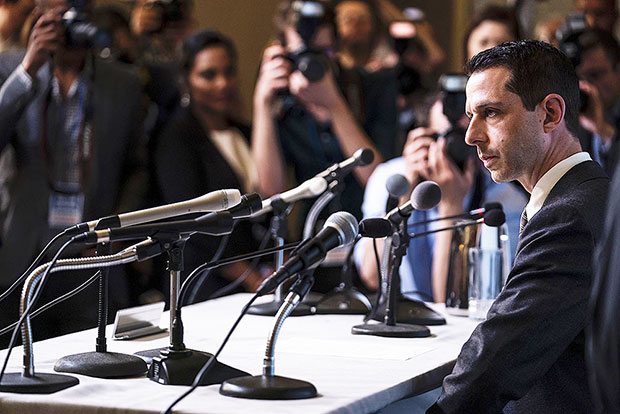 In the middle of his press conference, Kendall went off script and told everyone that he could prove that Logan knew about the coverup. The final moments of the season 2 finale featured Kendall getting up from his seat, ripping up his prepared statement, and walking out of the room. Meanwhile, Logan was still on his yacht and seemed to not be completely surprised by his son’s bold move. 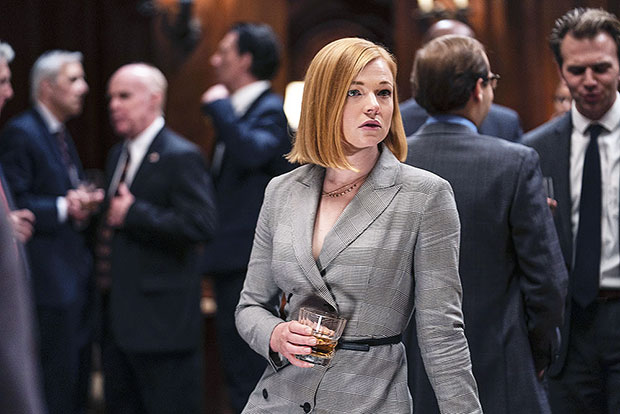 Season 3 would likely explore the aftermath of Kendall exposing his father and the rest of the family choosing sides. There’s still a lot to dive into with the Roys, including Roman’s complicated relationship with his father. (Never forget when Logan hit Roman and knocked out his tooth.)

Plus, could season 3 be the beginning of the end with Tom and Shiv? In the finale, Tom woefully says to Shiv, “I wonder if the sad I’d be without you is less than the sad I get from being with you.” There’s also the whole Marcia factor. She has the keys to the Roy kingdom and knows so much about the inner workings of Logan Roy. Also, for the love of all the Crocs out there, let’s please give Greg a love interest. 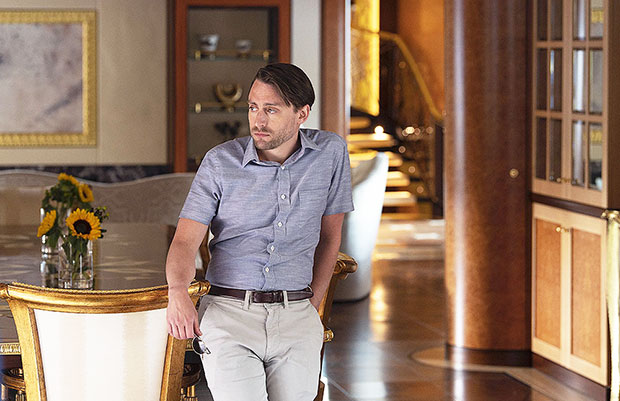 Given that he plays the Logan Roy, it’s not a total surprise that Brian Cox knows what happens in season 3. Brian said that creator Jesse Armstrong told him what’s coming up. “I nearly fell off my chair because he never tells you about the next series. We never knew from episode to episode what was going to happen,” Brian said on SiriusXM’s The Jess Cagle Show. “But then he told me. And it’s jolly thrilling. That’s all I can say.”

Brian hinted that season 3 may focus on Roman Roy since the first two seasons centered around Kendall and Shiv. “I’m fascinated to see how young Roman comes into play. He showed his mettle at the end of season two. I think he’s the hidden gun under the table,” Brian told Deadline.

The full cast is expected to return: Jeremy Strong, Kieran Culkin, Brian Cox, Sarah Snook, Alan Ruck, Nicholas Braun, Matthew Macfadyen, Hiam Abbass, and J. Smith-Cameron. On May 3, 2021, it was announced that Alexander Skarsgård had joined the season 3 cast. The Big Little Lies and True Blood alum will play Lukas Matsson in season 3, a “successful, confrontational tech founder and CEO,” according to Variety. 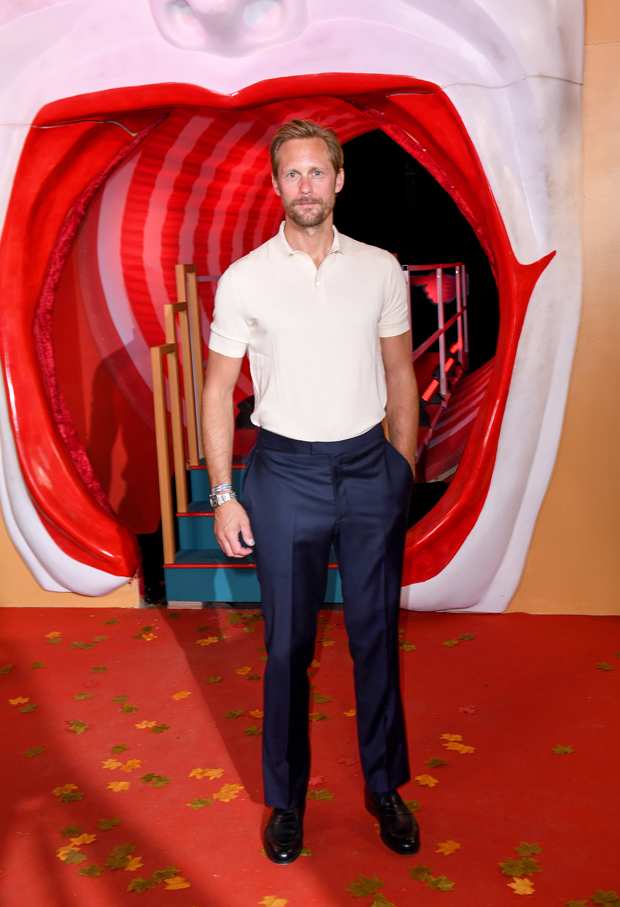 Many of the main cast members got major pay raises for season 3. Jeremy, Kieran, Sarah, Alan, Matthew, and Nicholas will all make around $300,000 to $350,000 an episode moving forward, according to THR. Brian, who plays the Roy patriarch, is expected to have negotiated a higher salary number than his co-stars.

In March 2021, Nicholas posted a photo from the set while looking dapper in a suit. “I am an employee of this company, and that’s about all I can say about that!” he captioned the photo. The Succession season 3 cast members are very tight-lipped when it comes to spoilers.

Behind the camera, Hustlers director Lorene Scafaria will be directing some of Succession season 3. “Family time w/ the Roys,” Lorene posted on April 24.

HBO has not announced a premiere date for season 3 at the moment. Alan told HollywoodLife that he expected the third season to air “sometime in 2021.” Season 1 premiered in June 2018, and season 2 debuted in August 2019. Season 2 began filming in the first half of 2019 and premiered in the same year, so it’s possible the show could finish filming in early to mid-2021 and premiere later in the year.

Casey Bloys, the chief content officer at HBO and HBO Max, revealed in February 2021 that he hoped season 3 would premiere in the fourth quarter of 2021. “But that would mean we don’t get hit with any Covid delays,” he told Deadline. “A lot of that will depend on how the vaccine rolls out, how much a factor Covid is. It’s still very much a real thing in production at the moment, hopefully, it gets easier to deal with. It’s hard to predict right now.”