‘The Bachelor’: [SPOILER] Dumps Matt & Leaves After Having Doubts About Their Relationship

Matt met the families of four ladies on ‘The Bachelor,’ and was left devastated when one woman left the show after realizing that he wasn’t ‘her person.’

Serena Pitt dumped Matt James after her hometown date on the Feb. 22 episode of The Bachelor. Due to the coronavirus pandemic, the final four families came to Matt at the Nemacolin Resort, rather than him visiting their homes like usual. In addition to Serena, Michelle Young, Rachael Kirkconnell and Bri Springs were also in the final four, and unfortunately, Serena decided to leave the show before the rose ceremony.

Since Serena couldn’t take Matt to her hometown in Canada, she brought a bit of Canada to Nemacolin for the one-on-one portion of their date. She created an entire room dedicated to her home country and introduced Matt to everything she loves about it. “He was able to learn a lot about me and I feel like it has furthered our relationship and deepened our connection,” Serena admitted. “Now I’m just hoping for a consensus from my family about our connection and potential future together.” 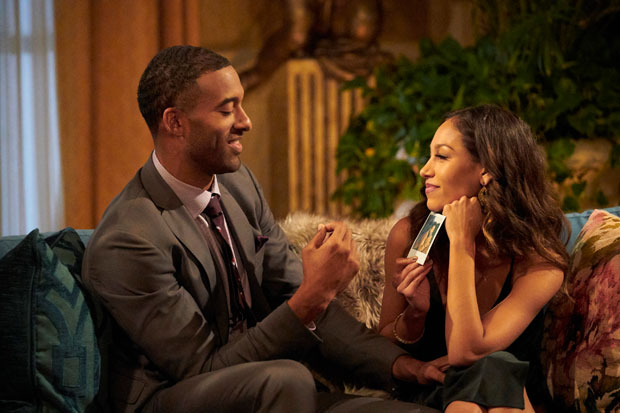 After a fun day, Serena introduced Matt to her parents and her sister. Matt and Serena’s mom, Rasna, had a good conversation, but she admittedly wasn’t sure if Serena was ready to get engaged yet. Then, while speaking individually with her family members, Serena came to the same realization.

It all started when Serena’s sister, Talia, told her that she felt like “something was missing” in her relationship with Matt. “I would say…you don’t seem smitten,” Talia admitted. “I think it’s because you’re in your head. I think you’re like….Matt checks all the boxes, but where’s the IT factor? In the past, you’ve looked for that factor, and not looked at the guy. You don’t want to put Matt in a bad situation and you don’t want to put yourself in a bad situation. The one thing I worry about is you getting engaged and then being like, ‘I messed up.'”

Serena got even more confused after a conversation with her dad, and while chatting with her mom, she broke down in tears. “I don’t even know how to navigate,” he said. “I didn’t even fathom having these doubts. I don’t want to be standing there getting proposed to and be like…what am I doing? I just can’t put my finger on it. I can’t verbalize or write it down, but there’s something that’s causing me deep doubt.” 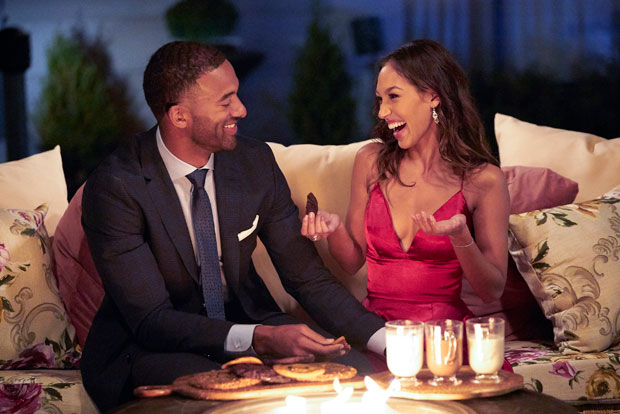 Serena Pitt and Matt James during season 25 of ‘The Bachelor.’ (ABC)

Rasna reminded Serena that her last relationship, which ended badly, was probably playing a factor in her doubts this time around. “My conversation with my mom definitely brought up some things I’ve been feeling that I haven’t realized were there,” Serena explained. “In my last relationship, I remember feeling so sure, but how could I have been so certain and the just been wrong and so heartbroken at the end of it? I do have this pit in my stomach sometimes with Matt. Is it fear of letting myself fall in love with him and getting hurt again? I don’t know!”

Serena didn’t hesitate from holding back about her feelings with Matt. She opened up about the “internal battles” she was facing, and was shocked when he handled her fears so calmly. He simply told Serena to trust him and the process, but she wasn’t convinced. “I am falling for Matt and we have an amazing connection and an incredible relationship, but thinking about getting engaged to him in a few weeks does scare me,” she said in a confessional. “I’m not there yet. I wanted my hometown to get me there, but tonight, I just have doubt and fear.”

Before the rose ceremony, Matt wanted to get more clarity from Serena about what she was feeling. He visited her in her hotel room and tried to give her some assurance. “I can say without a doubt that you are the person I’ve spent the most time with and that’s intentional,” he explained. “That’s because of what I see in our relationship. What I see with you is a future and someone I would hopefully share a life together with.”

Sadly, Serena had already made up her mind. “I think when I first became aware of [my doubts] was when I was talking to my mom,” she told Matt. “I was able to sit there and say…Matt has everything I would want in a husband and makes me feel so special and we have the most amazing time together. But when it came to being able to actually talk about my feelings for you and how I felt about you, I really struggled. I thought that it was fear initially — that I was just scared. But if i’m being honest with myself, it’s more than that. I think it just comes down to the fact that I don’t think you’re my person.”

Matt was clearly caught off guard and was speechless, but he left on good terms. “It sucks to hear that because I just want what’s best for you,” he said. “If that’s not going to be me and I can’t make you happy and be all those things for you…that just stinks.” Serena walked Matt out and said goodbye, but she was in tears after the breakup.