Major League Baseball pulled its All-Star Game from the Atlanta area, but Georgia’s most cherished sporting event remains firmly rooted in the state. 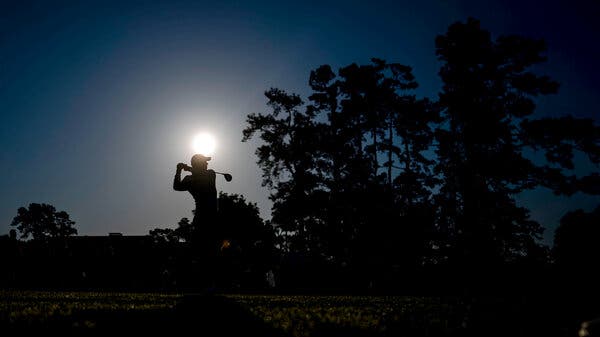 Rory McIlroy hit off the 10th tee as the sun rose on Tuesday during a practice round at Augusta National Golf Club.Credit...Doug Mills/The New York Times

AUGUSTA, Ga. — Georgia and its new elections law are caught up in a political riptide.

But there’s scant evidence of that on and around the grounds of Augusta National Golf Club, where the state’s most cherished sporting event, the Masters, begins play on Thursday. There are no protests along Washington Road. There are only limited calls in Georgia, even among the law’s fiercest critics, to upend a springtime ritual at a club that stands on what was once an indigo plantation and did not admit a Black member until 1990.

Indeed, even after Major League Baseball chose to move its All-Star Game from Georgia to protest the law that restricts access to voting, there was little doubt that the Masters would go on as planned this week — a reflection of golf’s Republican lean, but also of Augusta National’s honed willingness to defy pressure and, crucially, the reality that the mighty, mystique-filled brand of the Masters hinges on one course, and one course alone.

“When you think about the Masters golf tournament, the first major of the year, the Augusta National Golf Club, to suggest that it ‘doesn’t happen’ in Augusta really speaks to people’s lack of knowledge about the Augusta National and, more importantly, the Masters,” said Mayor Hardie Davis Jr. of Augusta, a former Democratic legislator in the state and an avowed opponent of the new elections law.

Tournament play will begin on Thursday, less than one week after baseball’s announcement about the All-Star Game, an exhibition that will now be played in Denver and, unlike the Masters, is staged in a different city each year. But Augusta National is still facing scrutiny from well outside its gates, not least because its membership includes executives whose current and former companies have come under pressure to condemn the machinations in Atlanta, the state capital.

At the White House on Tuesday, President Biden said it was “up to the Masters” whether the tournament should be moved out of Georgia. He added that it was “reassuring to see that for-profit operations and businesses are speaking up.”

Officials at the club, which remained all-male until 2012, did not respond to requests for comment about the law ahead of the tournament. Augusta National’s chairman, Fred S. Ridley, is scheduled to hold his annual news conference on Wednesday, when he will likely be asked about the measure, which, among other provisions, limited the time for voters to request absentee ballots and handed broad powers to the Republican-controlled Legislature.

Ridley, who became Augusta National’s chairman in 2017, has often had a more conciliatory tone than his predecessors on whatever controversy percolated around the tournament. Less than 20 years ago, Chairman William Johnson, whose nickname was Hootie, faced pressure to allow a woman to join Augusta National and responded by decreeing that a woman might someday be invited to join “but that timetable will be ours and not at the point of a bayonet.”

At the height of the protests in 2003, Augusta National held the Masters without the support of television sponsors. It was “unfair,” Johnson said at the time, “to put the Masters media sponsors in the position of having to deal with this pressure.”

But last autumn, with the country engaged in a sustained debate about some of the very racial inequities that had endured at Augusta National over its history, Ridley said that the club and three corporate partners had pledged $10 million for a pair of underserved Augusta neighborhoods that have grappled with generational poverty and neglect. 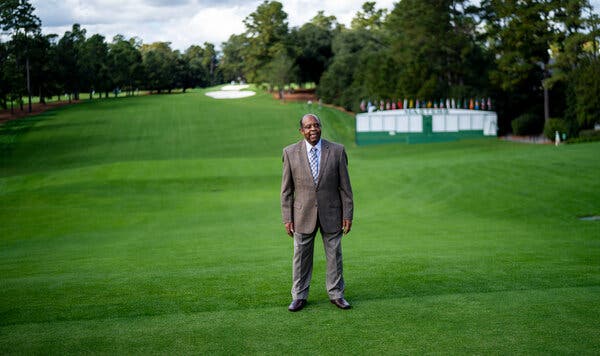 On Thursday, Lee Elder, who in 1975 became the first Black golfer to play the Masters, will join the traditional honorary starters Jack Nicklaus and Gary Player to hit the 2021 tournament’s ceremonial tee shots. To many people, Augusta National’s ultimate decisions were welcome but tardy, a familiar criticism for a club where opaqueness and caution are among the norms.

This time, golf has given Ridley some cover. The sport has expressed measured anger — and suggested it had no desire, or willingness, to boycott Georgia.

The PGA Tour, which does not control the Masters, said over the weekend that it would not move the Tour Championship, which is scheduled to be played in Atlanta, because of the economic and charitable repercussions the decision would have on nearby impoverished areas. It added, though, that the choice “to stage an event in a particular market should not be construed as indifference to the current conversation around voting rights” and that it was “a critical national priority to listen to the concerns about voter suppression — especially from communities of color that have been marginalized in the past.”

The P.G.A. of America, which is planning to hold the Women’s P.G.A. Championship in suburban Atlanta in June, said it was “monitoring developments.”

“We believe elections should be accessible, fair and secure, and support broad voter participation,” it added.

And almost none of the sport’s top players have made open demands for any other approach, a contrast to the tactics of the Major League Baseball Players Association, which had made its reservations about the All-Star Game public.

Collin Morikawa, who won last year’s P.G.A. Championship, said this week that issues of voting were “very important” and that he did not believe that golfers were “stepping out of our way to block it out and forget about it.”

“The topic of voter rights and all that, that should be the topic that we talk about, not if we are here playing golf,” he said.

Bryson DeChambeau, who is hoping to contend after a disappointing Masters showing last year, avoided the clearest political tripwires but cited golf’s contributions to the communities where tournaments are held.

“We try to show, no matter what happens, we’re going to do our best to be an example for the world,” he said. “I think when those times come about, we have an opportunity to show the world what we can provide.”

But when asked on Tuesday whether golf or Augusta National should take a forceful stand against the law, Cameron Champ, who is biracial and one of the few Black players on the tour, replied, “I would think so” and moments later described baseball’s decision as “a big statement.”

“It really targets certain Black communities, makes it harder for them to vote,” Champ, who wore shoes reading “Black Lives Matter” at a tournament last year, said of the Georgia statute.

A crucial question for Augusta National in the coming weeks and months will be how to balance its views with whatever pressure its handful of tournament sponsors or the companies employing its members may face. A similar dynamic surfaced in the early 2000s, when Citigroup effectively acknowledged that Sanford I. Weill, an Augusta National member who was then the company’s chairman, had told the club that he supported adding women to the membership.

Condoleezza Rice was one of the first two women to become members of Augusta National, in 2012.Credit...Doug Mills/The New York Times

If Augusta National were to condemn the law, its message would carry outsize influence in the state.

Although the club’s membership roster is not public, the guarded grounds are a gathering place for many of the South’s most powerful figures and their guests. And its known members include bipartisan political royalty, including Condoleezza Rice, who was raised in segregated Alabama and was secretary of state in the George W. Bush administration, and Sam Nunn, a Democrat who represented Georgia in the United States Senate for about 24 years.

In a letter on Monday, Senator Marco Rubio, Republican of Florida, asked Rob Manfred, the M.L.B. commissioner, whether he would surrender his Augusta National membership. A league spokesman did not respond to a request for comment, but Rubio opined that he was “under no illusion” that Manfred would quit because that would “require a personal sacrifice, as opposed to the woke corporate virtue signaling of moving the All-Star Game.”

Davis, Augusta’s mayor, praised baseball’s move but said he was not worried about the tournament, which local officials believe is responsible for at least $50 million in economic impact, when the Masters is running at normal capacity. He argued that people in the city would challenge and protest the new law but also be deeply protective of their most renowned athletic tradition.

“This is our sports team,” he said. “We don’t have the Falcons, the Cowboys, or the Baltimore Ravens. But what we do we have, every year, same time, is the Masters golf tournament.” 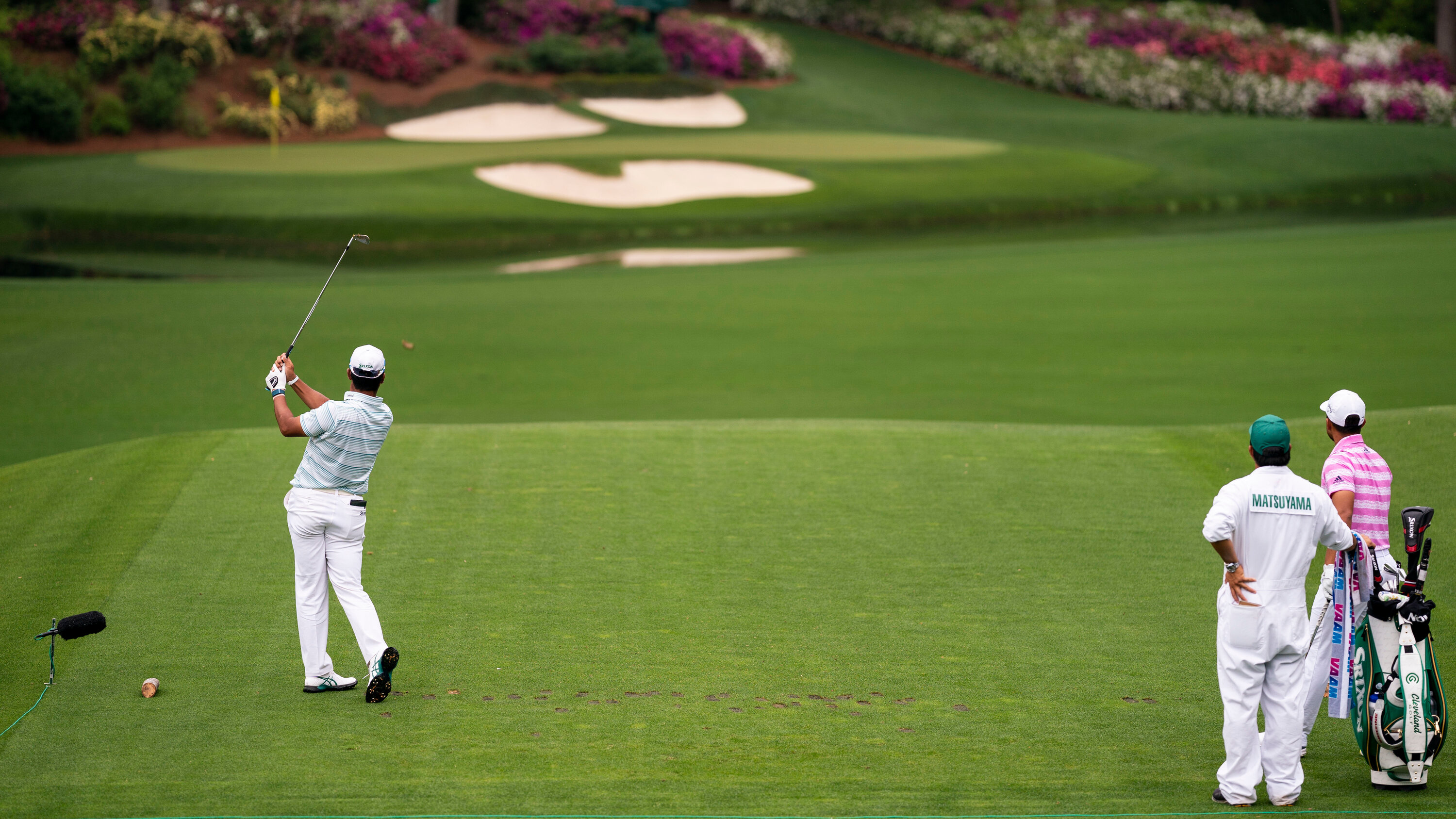 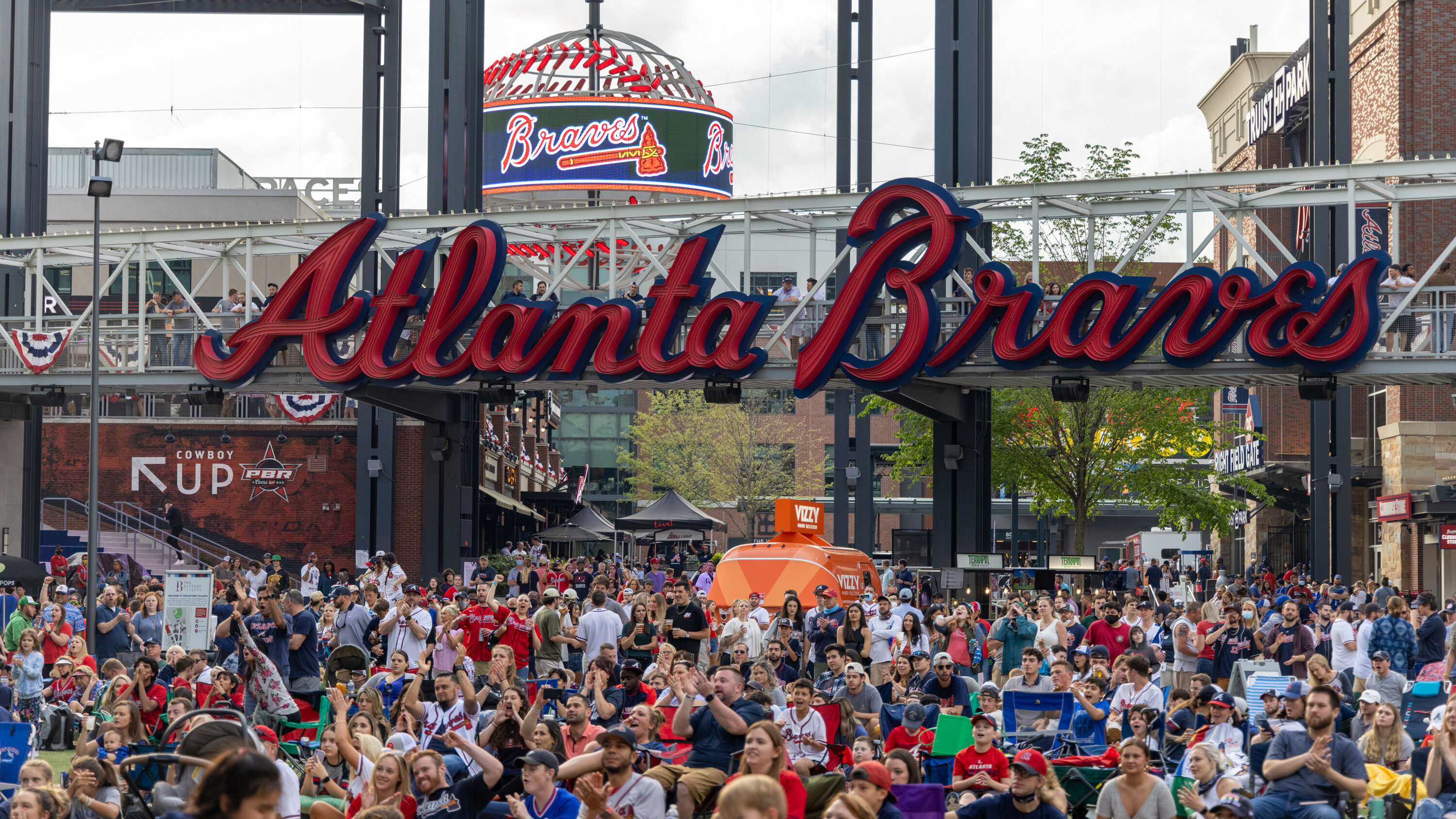 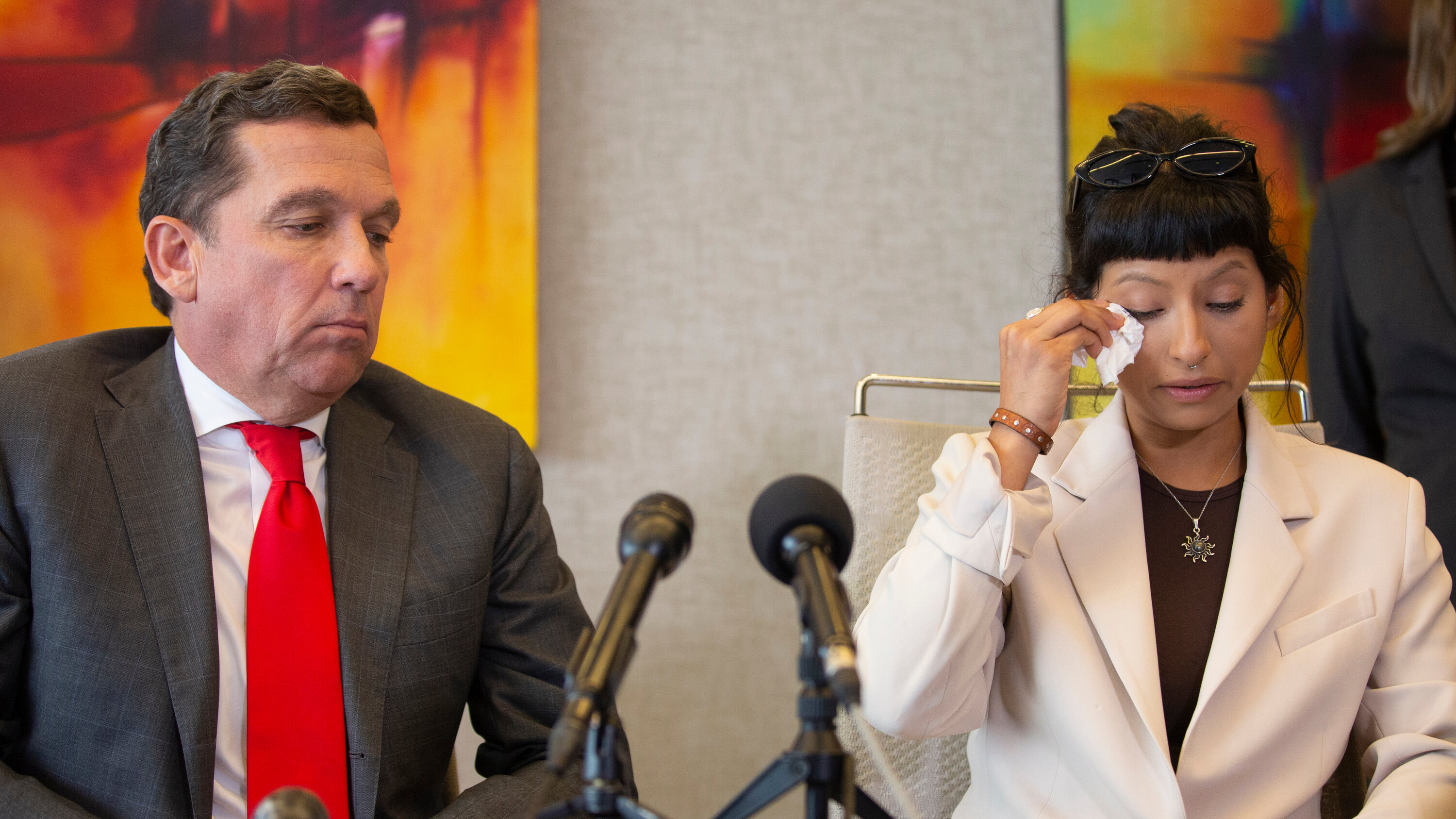