One big happy family! Tiger Woods and his 11-year-old son, Charlie Woods, had the ultimate support system behind them when they conquered the PNC Tournament on December 20. Not only did Charlie’s mom, Elin Nordegren, come out to cheer on her son, but Tiger’s current girlfriend, Erica Herman, showed out to celebrate, too. The two women looked at ease as they followed Tiger and Charlie down the green during the final round of the father-son golf tournament. 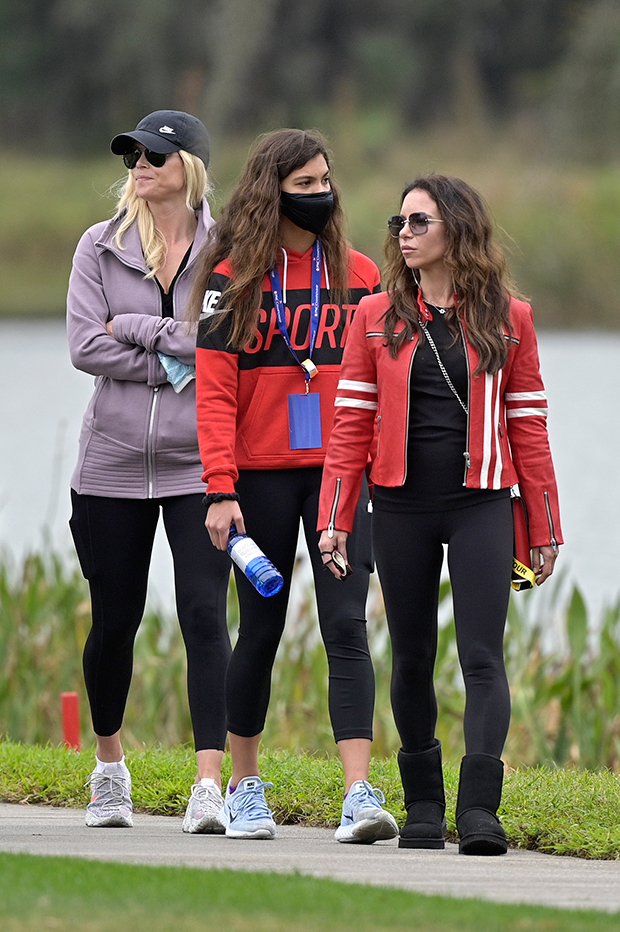 Elin, 40, wearing a lavender hoodie, black leggings, and a Nike baseball cap, hasn’t been pictured at a golf tournament since the 2009 Presidents Cup at Harding Park in the Bronx — one year before she and Tiger ended their marriage following his infamous infidelities. But she surely wasn’t going to miss Charlie dominate on the green. Despite only being 11, he’s already inherited his golf legend father’s skills. On just the third hole, Charlie scored the only “eagle shot” of the game.

Erica, 35, looked effortlessly cool in black leggings, black Uggs, and a red leather moto jacket with white stripes. She and Elin happily chatted as they walked the course with Elin and Tiger’s 12-year-old daughter, Sam Alexis Woods, who was decked out in Nike. They weren’t going to miss a minute of Tiger and Charlie killing it on the green. Erica and Tiger began dating in 2017 after meeting through work — kind of. Erica used to run his swanky Florida restaurant, The Woods Jupiter. 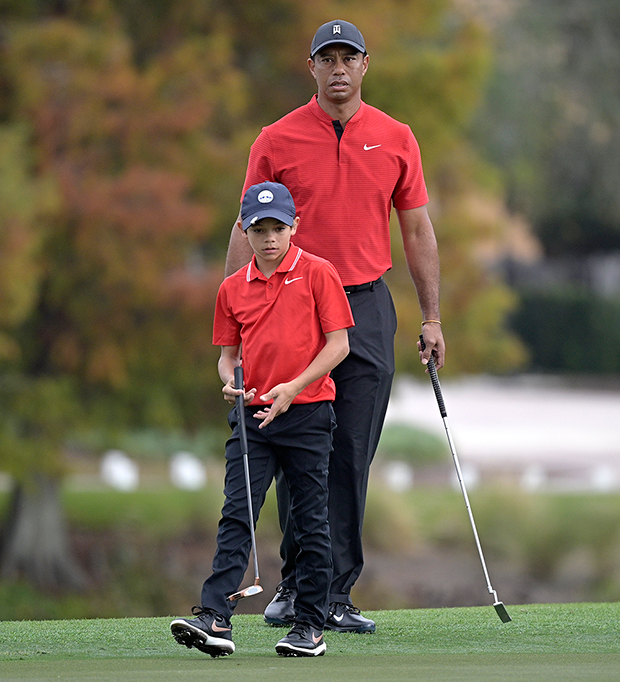 Tiger Woods and 11-year-old son Charlie Woods twin in his signature red and black during the PNC Championship, 12/20/20 (AP)

They made their first public appearance at the 2017 President’s Cup, the same year Tiger called it quits with ex-girlfriend Kristin Smith (he also previously dated Olympic skier Lindsey Vonn). But it wasn’t until 2018, when Erica greeted Tiger with a kiss at the PGA Championship, that their relationship got people talking. The couple rarely make red carpet appearances together, but when they do, it’s adorable. Just look at her kissing him on the cheek at the 2019 Presidents Cup Golf Gala!

Erica and Elin appear to have a cordial relationship. Tiger’s girlfriend of three years hangs out with the golfer’s children regularly. Tiger rarely posts photos from his personal life, but shared a sweet photo of himself, Erica, and the kids (and their dogs) having lunch post-golf earlier this year. They all looked so happy!