Tiger Woods In Terrifying Car Accident: He Was Extracted From Vehicle With ‘Jaws Of Life’

Tiger Woods was involved in a frightening ‘single-vehicle roll-over’ car wreck, and the damage was so bad, authorities had to use the ‘jaws of life’ to get him out. Currently, Tiger’s condition is unknown.

Tiger Woods, 45, was involved with a “single-vehicle roll-over traffic collision on” Tuesday, February 23, according to the Los Angeles County Sheriff’s Department. The accident took place “on the border of Rolling Hills Estate and Rancho Palos Verdes. The vehicle was traveling northbound on Hawthorne Boulevard at Blackhorse Road when it crashed.” Unfortunately, this was a major wreck, and the LASD reported it “sustained major damage.” Tiger, the “driver and sole occupant” in the car, was “extracted from the wreck with the ‘jaws of life.’” Alleged footage of the wreck – which you can see here – shows that the car was totaled. The vehicle’s front-right side appears torn to shreds.

This morning @LMTLASD responded to a roll-over collision in which @TigerWoods was injured. Please see our statement… pic.twitter.com/cSWOxKZC1w

After the Los Angeles County firefighters and paramedics rescued Tiger from the crash, he was “then transported to a local hospital by ambulance for his injuries. The traffic investigation is being conducted by investigators from LASD Lomita Station.” HollywoodLife has reached out to Tiger’s camp for a comment on the situation and will update the post with any new information when it becomes available.

Sadly, Tiger Woods has a history of vehicle incidents. He infamously wrecked his SUV in 2009 after getting into a fight with his then-wife, Elin Nordegren. In 2017, Tiger was arrested in Juniper, Florida, over Memorial Day for driving under the influence. “I understand the severity of what I did and take full responsibility for my actions,” the PGA legend said in a statement afterward, “I want the public to know that alcohol was not involved. What happened was an unexpected reaction to prescribed medications. I didn’t realize the mix of medications had affected me so strongly. I would like to apologize with all my heart to my family, friends, and the fans.” 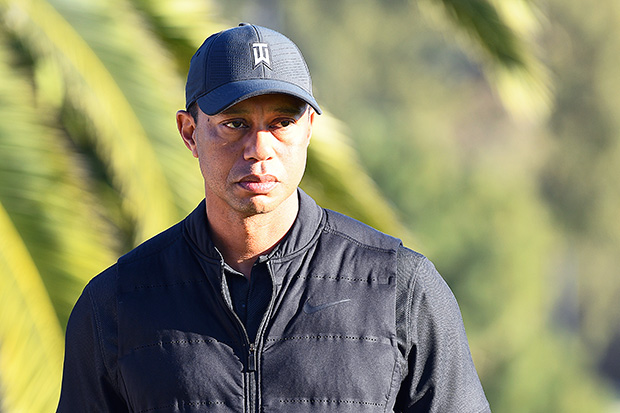 Tiger Woods looks on from the 18th hole during the final round of The Genesis Invitational golf tournament at the Riviera Country Club in Pacific Palisades, CA, on February 21, 2021. (AP)

“I expect more from myself, too. I will do everything in my power to ensure this never happens again. I fully cooperated with law enforcement, and I would like to personally thank the representatives of the Jupiter Police Department and the Palm Beach County Sheriff’s Office for their professionalism.”