After more than a decade as husband and wife, Tom Brady says he wouldn’t be the man he is today without his beloved wife, Gisele Bundchen.

Tom Brady and Gisele Bundchen celebrated twelve years of marriage bliss on Feb. 26. To hear Tom, 43, speak about his wife, the Tampa Bay Buccaneers quarterback can’t wait to spend twelve more years with her. While speaking with Michael Strahan on the Wednesday (Apr. 7) edition of Good Morning America, Tom was asked how he and Gisele, 40,  make their marriage work. “I give her a lot of credit for that you know she’s — she’s the one that you know supports the family, she’s the one that at the end of the day makes a lot of sacrifices,” he said. “She brings out the best version of me.”

GMA EXCLUSIVE: “She brings out the best version of me.” @TomBrady sits down one-on-one with @michaelstrahan to talk about his 12-year marriage to Gisele and spending quality time with his kids in the off season. https://t.co/WRa19Pkehy pic.twitter.com/P99zZ8JVpq

Gisele and Tom have been enjoying the off-season with the kids – Ben, 11, Vivian, 8, and Tom’s son from his previous relationship, Jack Brady, 12. “We went skiing. We had a little trip there — we have a place in Costa Rica that we’ve been to. We were in the Middle East for a week, and then we’re here at Disney,” he said. When asked about what Tom hopes to instill in his kids, the seven-time Super Bowl champ said that he plans to keep them “grounded” and teach them that success, fame, and fortune don’t come easy. 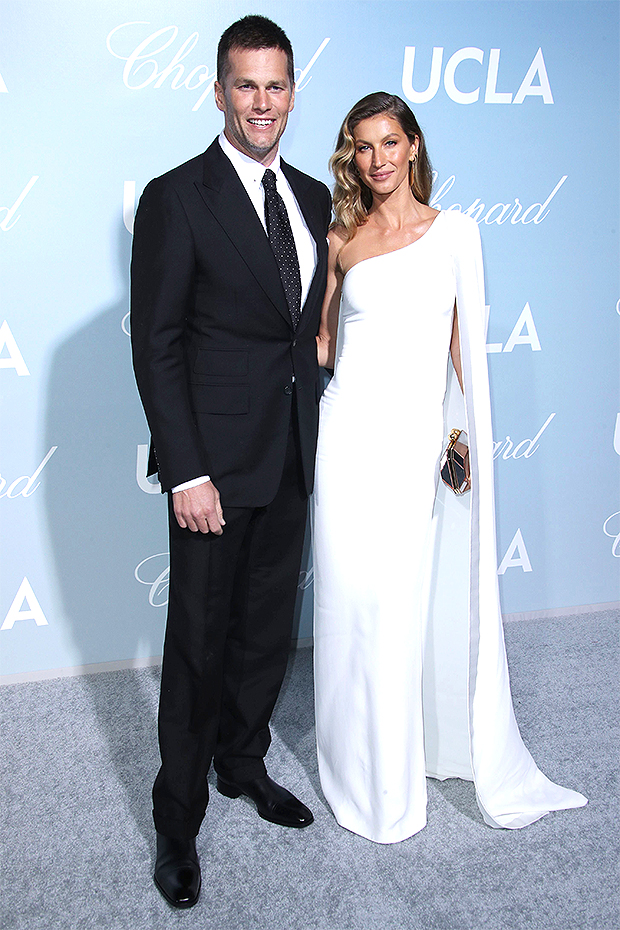 Tom will continue to make his way with the Bucs. In the wake of winning Super Bowl LV, Tom signed a contract extension with the Buc. Tom joined Tampa Bay in 2020 after spending two decades with the New England Patriots, and this new deal will see him stay with the Bucs through the 2022 season. This will ensure that Tom lives out his promise of playing until he’s 45, and Gisele will be there on the sidelines, rooting him along all the way. “Gisele is 1000% in for Tom to continue playing for as long as he would like to play,” a source told HollywoodLife EXCLUSIVELY. “If he continues to perform at a top-level, stays healthy and safe, then why not enjoy the ride he continues to be on?”