There’s never been a more perfect time to cozy up on the couch or in bed to watch the latest movies and TV shows. This winter, networks and streaming services alike are constantly bringing fresh and exciting content for viewers to enjoy. This weekend alone features the premieres of new shows, a special episode of a fan-favorite series, and movies.

The highly-anticipated second special episode of Euphoria will premiere early on HBO Max beginning Jan. 22 at 9 p.m. ET in advance of its HBO premiere on Jan. 24 at 9 p.m. ET. The special episode is titled “F*ck Anyone Who’s Not A Sea Blob” and follows Jules (Hunter Schafer) over the Christmas holiday as she reflects on the past year. Hunter is a co-executive producer on the special episode and co-wrote it with Euphoria creator Sam Levinson, who also directed the episode. 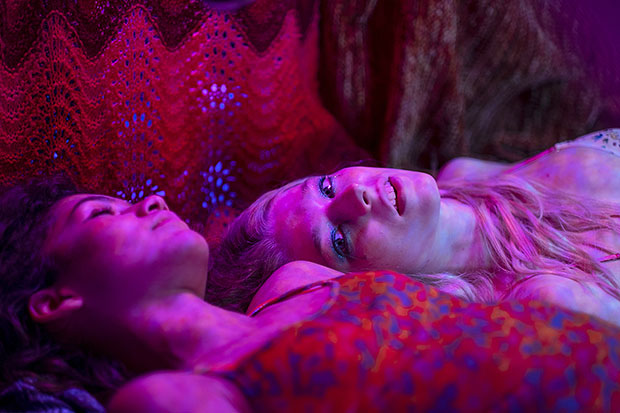 Zendaya and Hunter Schafer in the second ‘Euphoria’ special. (HBO)

The premiere of the second special episode comes over a month after the first special episode premiered. The critically-acclaimed episode centered around Rue (Zendaya) and her sponsor, Ali (Colman Domingo), meeting at a diner in the aftermath of Rue’s relapse. Season 1 of Euphoria ended with Rue’s relapse after Jules left Rue behind at the train station.

The first season of Euphoria is currently available to stream on HBO Max. These two special episodes are perfect to hold you over until more news about season 2 is revealed. The hit HBO series has been renewed for season 2, but production was delayed due to the ongoing COVID-19 pandemic.

Bridgerton remains one of Netflix’s most popular series after its Christmas Day debut in 2020. The Netflix series that follows the Bridgerton family in Regency Era London has become a sensation, with fans anxious about a second season. Bridgerton was renewed by the streaming giant for season 2 on Jan. 21. The second season will focus on Anthony Bridgerton, played by Jonathan Bailey. 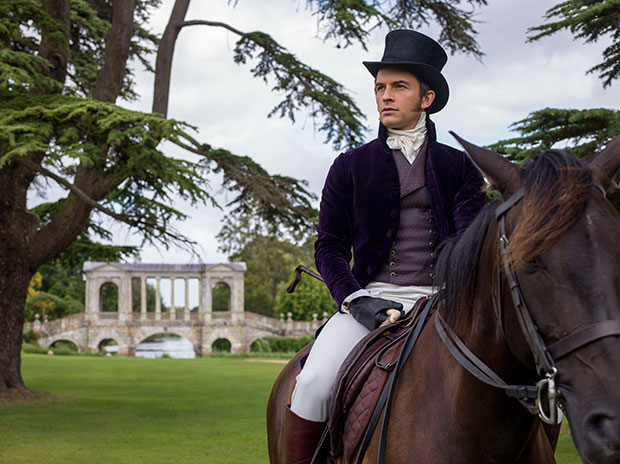 Anthony Bridgerton is Daphne Bridgerton’s older brother. Season 2 will be based on Julia Quinn’s second novel in her Bridgerton series: The Viscount Who Loved Me. The novel revolves around Anthony’s journey to find true love. As we wait for season 2, which will begin filming in the spring of 2021, you can watch the entire 8-episode first season of Bridgerton on Netflix now and become obsessed like the rest of us.

The iconic hip hop duo is getting their own Lifetime biopic, which premieres Jan. 23 at 8 p.m. ET on Lifetime. The movie follows the story of nursing students Cheryl “Salt” James and Sandra “Pepa” Denton as they fall into the world of rap and hip hop after recording for a friend’s school project. Salt-N-Pepa changed the music industry forever when they became the first female rap act to go platinum. 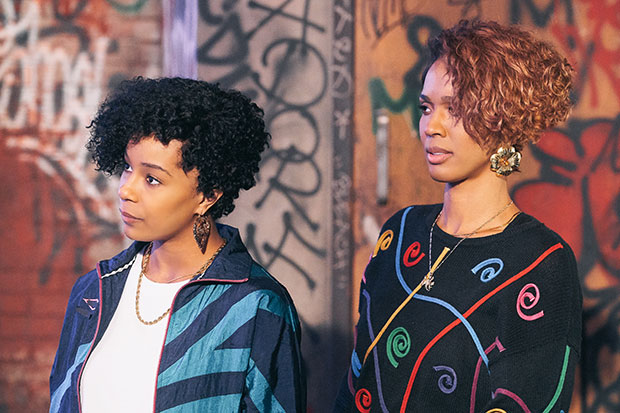 Outside the Wire is a new Netflix film that premiered Jan. 15 on the streaming service. The action film is currently in Netflix’s top 10 in the U.S. The movie is set in the future and follows Harp (Damson Idris) a drone pilot who is sent into a deadly militarized zone where he finds himself working for Leo (Anthony Mackie), an android officer, and tasked to locate a doomsday device before the insurgents do. 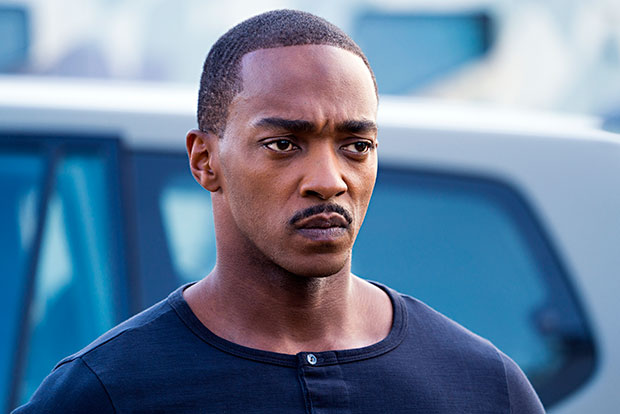 Anthony Mackie stars in ‘Outside the Wire.’ (Netflix)

The film is Anthony’s latest project ahead of his return to the role of Sam Wilson/Falcon in The Falcon and the Winter Soldier, which will premiere on Disney+ in March 2021. Outside the Wire is also part of Netflix’s massive film slate for 2021. The streaming giant has vowed to release a new movie every week in 2021.

Season 1 of Flack will begin streaming all 6 episodes on Amazon Prime Video on Jan. 22. The series is set in the high-stakes world of public relations. True Blood alum Anna Paquin stars as Robyn — a flack — who’s an expert when it comes to publicity, but not so much when it comes to her own personal life. She goes to great lengths to protect her clients, very much in the same vein as Scandal’s Olivia Pope. The series also stars Lydia Wilson, Rebecca Benson, Sophie Okonedo, Genevieve Angelson, Arinze Kene, Marc Warren, and Rufus Jones with special guest star Bradley Whitford.

The first season of Flack originally aired on Pop TV in 2019. The series was renewed that same year and season 2 was expected to premiere in March 2020. However, Pop unexpectedly canceled the series after the network was hit with major layoffs, according to Deadline. Amazon Prime Video picked up the series and renewed Flack for season 2 in June 2020. A season 2 release date has not been revealed yet.

The new reality series that everyone is talking about is Bling Empire, which premiered Jan. 15 on Netflix. The show revolves around a very wealthy group of Asian and Asian American friends as they live their lives to the fullest, complete with lavish parties and over-the-top drama. The show’s matriarch, heiress Anna Shay, has become the fan-favorite breakout star of the series. Bling Empire also stars Kevin Kreider, Kelly Mi Li, Kim Lee, Christine Chiu, Cherie Chan, Kane Lim, and more.

The 4-part series, which first aired on Britain’s ITV, premieres Jan. 22 on Hulu. The show follows a man named Nathan (Russell Tovey), who has never been able to forget the night he went to a party that led to the sudden, shocking death of a young woman. Only Nathan and Bob (Bertie Carvel), an old acquaintance, know what really happened. Years down the road, Bob shows up at Nathan’s door with news that threatens to upend Nathan’s entire life. The Sister also stars Amrita Acharia, Nina Toussaint-White, Amanda Root, Paul Bazely, and Simone Ashley.

If you’re looking for your next fantasy binge, look no further than Fate: The Winx Saga. The young adult Netflix series, consisting of 6 episodes, debuts Jan. 22 on Netflix. The show is a coming-of-age story centering around 5 fairies attending Alfea, a magical boarding school in the Otherworld where they must learn to master their powers while navigating love, rivalries, and the monsters that threaten their very existence. 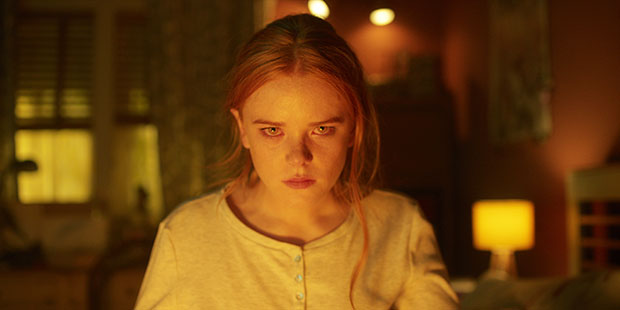 Fate: The Winx Saga, a live-action reimagining of the Italian cartoon Winx Club from Iginio Straffi, is a bit of a mix of Harry Potter, Chilling Adventures of Sabrina, and Riverdale. The series stars Abigail Cowen as Bloom, Hannah van der Westhuysen as Stella, Elisha Applebaum as Musa, Precious Mustapha as Aisha, Eliot Salt as Terra, Sadie Soverall as Beatrix, Danny Griffin as Sky, and more.

The Hallmark Channel is keeping romance alive this winter. Their newest movie, A Winter Getaway, premieres Jan. 23 at 9 p.m. as part of the New Year New Movies! slate. The Hallmark Channel movie centers around Joe (Brooks Darnell), an average guy whose wealthy friend gifts him a luxury winter getaway, complete with a private jet, once-in-a-lifetime experiences, and concierge service. Courtney (Nazneen Contractor) is the concierge providing Joe consummate hospitality during his stay. As she assists Joe during his vacation and they spend more time together, feelings begin to brew between them.

‘Night Stalker: The Hunt for a Serial Killer’

The true-crime obsession isn’t wavering whatsoever. The latest bingeworthy true-crime series is Night Stalker: The Hunt for a Serial Killer, which began streaming Jan. 13 on Netflix. The 4-part docuseries follows the riveting true story of the search for Richard Ramirez, the infamous serial killer known as the Night Stalker.

Night Stalker: The Hunt for a Serial Killer features first-person interviews, archival footage, and incredible original photography. The Netflix series gets into the heart of what it was like to live in fear at a time when absolutely anyone could be the Night Stalker’s next victim. This is a quick binge you won’t be disappointed by.