White Vision: 5 Things To Know About The Character Revealed At The End Of ‘WandaVision’

Marvel surprised fans with a mid-credits scene after the premiere of ‘WandaVision’ episode 8. The scene revealed what appears to be a character from the comics — White Vision. Here’s what you should know about this new Vision.

WandaVision dropped an epic twist at the end of episode 8. While the entire episode focused entirely on revealing how Wanda created Westview, the mid-credits scene was very, very different. The scene gave a glimpse at a new Vision — White Vision — and he’s nothing like the one we know and love.

So, who is White Vision? If you’re familiar with Wanda and Vision’s history in the Marvel comics, you may have predicted White Vision would show up at some point. HollywoodLife has rounded up 5 key things to know about the White Vision. 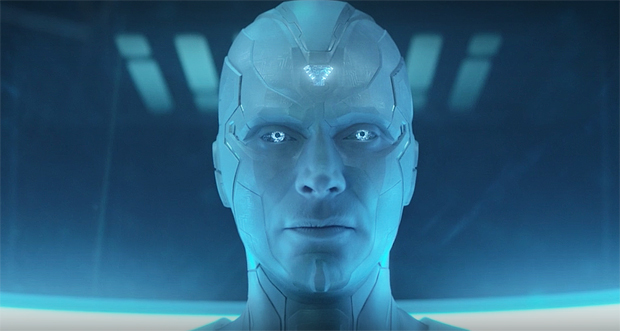 White Vision was revealed at the end of the Feb. 26 episode. (Marvel Studios)

The reveal of White Vision happened in the show’s first mid-credits scene. Hayward gets word that something is ready for launch. He says that they took “this thing” apart a million times and tried “every type of power source” out there. However, all that was needed was a “little energy from the source.”

Hayward gives the go-ahead for launch, and White Vision wakes up. Except for the body frame, White Vision is devoid of any of Vision’s normal characteristics. In order to get White Vision online, Hayward needed Wanda’s magic. White Vision doesn’t say a word in the mid-credits scene, but you can feel the trouble.

2. White Vision is from the comics.

This new version of Vision stems from the 1989 comics arc, Vision Quest. Vision ends up losing his color after being taken apart by a task force led by Cameron Brock. Vision is eventually rebuilt by Hank Pym, but the new version of Vision is not an exact replica. Hank didn’t want to change anything about the original Vision, but his revival of Vision just wasn’t a seamless as he had hoped.

There was also a small hint in Avengers: Infinity War that White Vision might eventually appear. After Vision dies, his eyes become white after his death. The rest of his body turned a lifeless grey. 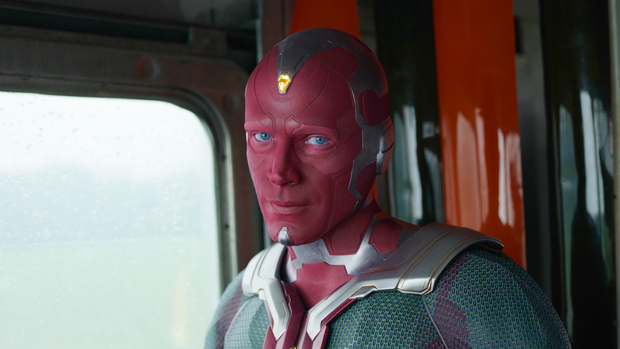 The main difference between White Vision and normal Vision is that White Vision feels absolutely nothing. The tender human side of Vision with feelings that we’ve grown to love is nowhere to be found in White Vision, even though he has all his memories. White Vision is an emotionless, colorless android and every bit the weapon Hayward believed Vision to be.

At one point in the comics, the emotionless White Vision tears apart his family with Wanda. He tells Billy and Tommy that he is not their father and Wanda is not his wife. The new Vision’s words wreck Wanda and show just how different from the original Vision he really is.

5. The reveal could set up an epic battle.

There’s only one episode left of WandaVision. Wanda may have to face off against White Vision in order to protect her kids. If Wanda has to kill any version of Vision, it still won’t be easy for her given the vulnerable state she’s in. The Westview version of Vision is still out there with Darcy, and he could end up going head-to-head with White Vision. A Vision on Vision battle? Now that would be epic.