Why La La Anthony Considers Kim Kardashian A ‘Sister’: Inside Their ‘Close Bond’

La La Anthony and Kim Kardashian have been friends ‘for years’ and ‘support one another through life’s ups and downs’.

La La Anthony, 39, and Kim Kardashian, 41, recently made headlines when they posed for a cute selfie together during a “sleepover” and now we’re learning just how close their bond is. “La La looks at Kim more than just a best friend, she really considers her more of a sister at this point,”  a source EXCLUSIVELY told HollywoodLife. “They’ve been friends for years and their bond grew closer and closer as the years went on.”

“They’ve been there for each other and attended all the important life events like bachelorette parties, birthdays, weddings, etc. They talk just about every single day and before the pandemic they loved going out and having a blast together, but they have just as much fun staying home,” the source continued. “Their sleepovers are nothing new and are comforting for them because they understand each other’s situations and support one another through life’s ups and downs.” 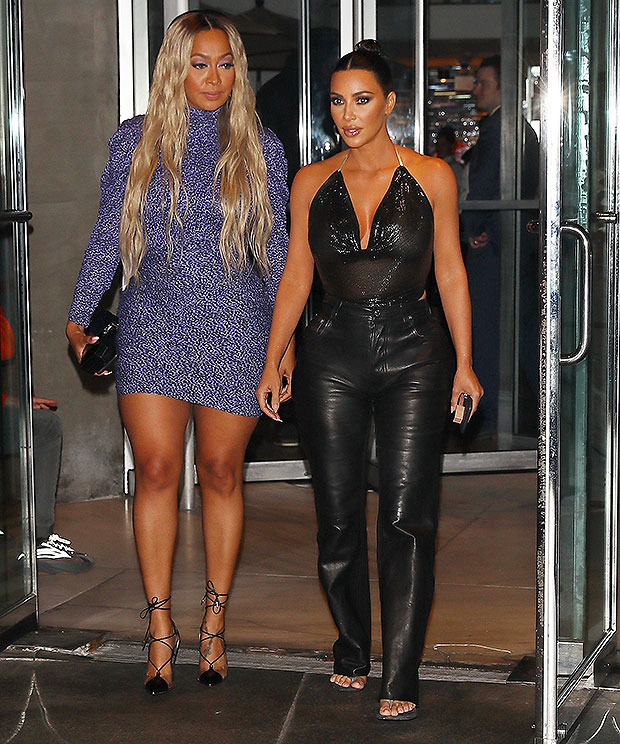 It also turns out that La La keeps Kim company when she’s away from her husband Kanye West, 43. “While Kanye is in Wyoming and Kim is in LA, La La knows Kim can handle herself but feels it’s always nice having a friend to share laughs with in any situation,” the insider revealed.

In the recent sleepover pic, which Kim shared on Dec. 17, the two gorgeous ladies are laying down in bed while wearing what appears to be pajamas. Kim’s were a tan color while La La had a light pink top with a sheep on it. They also had their long locks down while they appeared to give smooching faces to the camera. “Sleepovers with your bestie are a must,” Kim captioned the post. 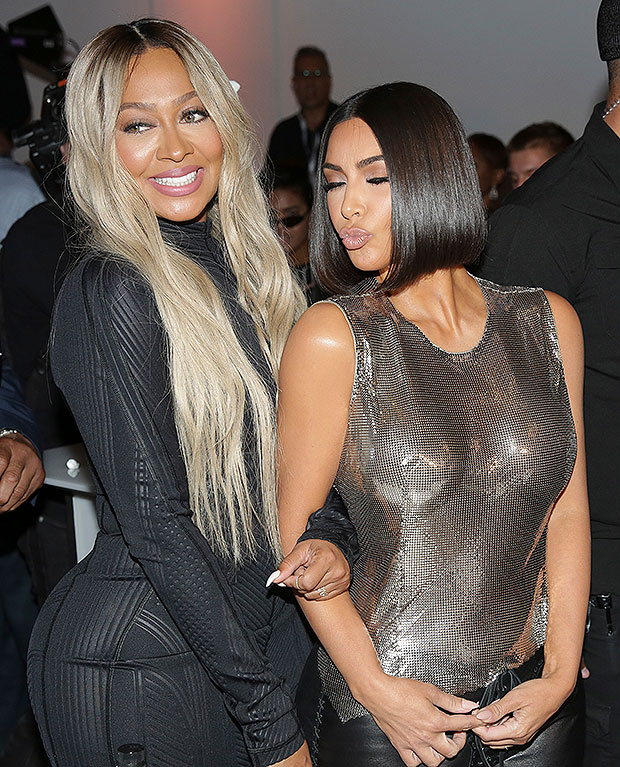 La La Anthony and Kim Kardashian have been close friends for years. (SplashNews)

La La made sure to respond by saying their sleepovers were definitely a total “must” and added a bunch of red exclamation points, hearts, and kissing emojis.

Before their latest get-together, La La and Kim have shared many other times together over the years. Whether it be quiet nights at home, or eventful birthday celebrations, like Kim’s 40th birthday on an island, these two always know how to have fun and we love seeing it!