Bianca Belair plans to walk out of WrestleMania as the SmackDown’s Women’s Champion, and she tells HL EXCLUSIVELY how she and Montez Ford will commemorate her victory.

Will the “EST of NXT” leave Raymond James Stadium with the WWE SmackDown Women’s Championship around her waist? Bianca Belair will face Sasha Banks in a title match that will likely headline night one of WrestleMania (Apr. 10), and when she takes on “The Boss,” Bianca’s biggest fan – her husband and fellow WWE Superstar, Montez Ford – will be on-hand to cheer her on. “When I won the Royal Rumble and got back behind the curtain, he was right there. He was the first person I got to hug and at that moment, I couldn’t find my words. He hugged me and we just started to pray. I asked him if we could pray. So, he prayed for me right then and there. I didn’t know what else to do at that moment and that felt like the first thing to come to my mind — that was to pray.” 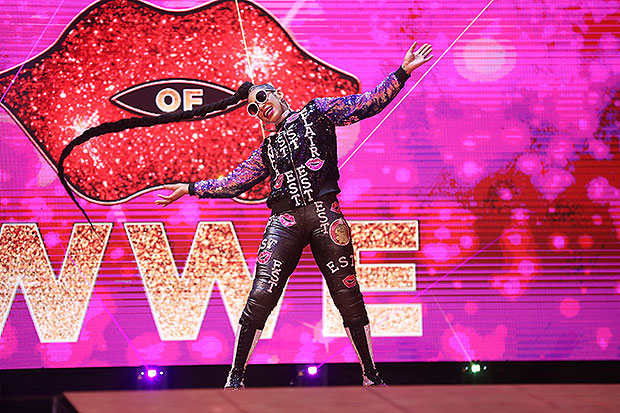 Bianca Belair rocks an outfit bearing her nickname: the “EST of WWE.” (Photo Courtesy of WWE)

“We got back to the car and we often celebrate some small moments and big moments — he is great at all of that — and that was a huge moment,” Bianca tells HollywoodLife. “He had presents for me, regardless of the outcome. It was an amazing night and I know he will have something planned for WrestleMania but he won’t tell me. But he’s great! The best husband in the world, he always makes sure that we celebrate!” 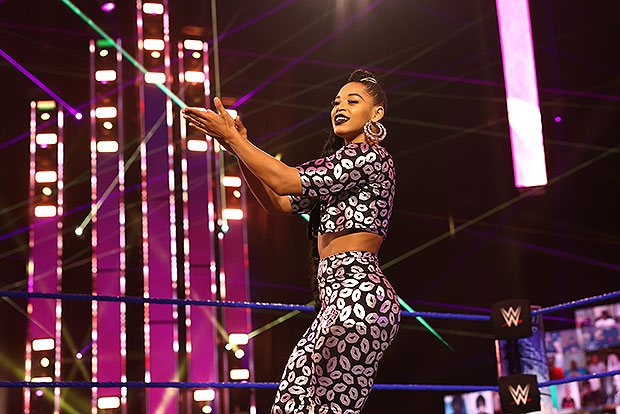 For Bianca, WrestleMania weekend will be one big party. The Knoxville, Tennessee native turned 32 on Friday (Apr. 9), one night before arguably the biggest match in her career. “I am just so excited,” she tells HollywoodLife. “I debuted last year at WrestleMania alongside The Street Profits (Montez Ford and Angelo Dawkins) without any fans,” she said, referencing how the 2020 event was held in the empty WWE Performance Center in Orlando, Florida, due to COVID-19. For the 2021 edition, WrestleMania will be held in front of 25,000 fans, 6% of what Raymond James Stadium can normally hold, per CBS Sports. Being able to perform in front of any fans is a blessing for Bianca and the rest of the WWE Superstars. 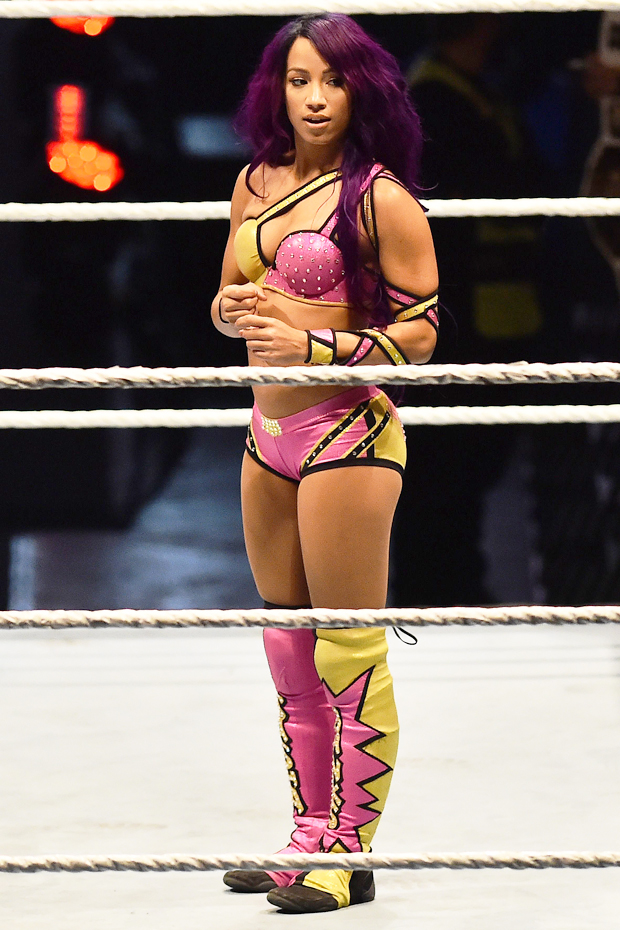 Sasha Banks during a WWE event in 2018 (Shutterstock)

“With everything that has been going on, the Thunderdome has been great,” she says, referencing the “virtual fans” setup that the WWE has been using during their events at Orlando’s Amway Center. “But it is going to be a great WrestleMania. I am so happy that I am going to be a part of it and the first time we are all together, I will be going for a title. It is going to be amazing to have my family there, I am such a family person. It will be a magical night.”